There is currently much debate around the age divisions that marked the EU referendum and the 2017 general election. Jennie Bristow writes that it’s time politicians started treating young people as voters, not as a stage army for particular causes. In their turn, young voters need to appreciate the importance of engaging with the democratic process, not simply turn up to vote and expect to be patted on the head for it.

Jeremy Corbyn has gained much of the credit for the apparently high youth turnout for the General Election, and fair enough. But let’s not kid ourselves: there are deeper currents at work. The big thing that seems to have propelled young voters back to the ballot box was the EU Referendum of 2016.

Contrary to initial assumptions, youth turnout for the Referendum seems to have been relatively high, with estimates of 64 per cent and upwards among voters aged 18-24. Although accurate youth turnout figures are hard to come by and notoriously contested, there appears to be a contrast with the general pattern of low youth turnout in previous General Elections.

The increase in youth turnout for the Referendum was not, as is often implied, entirely driven by young people wanting to cast their votes for Remain: polls suggest that around 29 per cent of those under 25 actually voted Leave. In other words, what brought out the vote in the Referendum was the sense that there was a decision to be made, and what you voted for really mattered.

According to Sarah Birch, while ‘Corbyn’s election as leader of the Labour party is widely credited with drawing younger citizens into politics in large numbers … it is 2016 that appears to buck the well-documented trend of increasing differences in turnout between young and old.’ And it wasn’t only for young people that politics made a comeback. Birch observes that:

‘The opening of new divides is typically associated with the political mobilisation of previously disengaged groups, and this is what we appear to have observed with the EU referendum vote. Political cleavages can be highly divisive when they threaten to rend the fabric of society, yet they also have the capacity to interest people in politics.’

In the immediate aftermath of the Brexit vote, it was the divisive aspect of mobilisation that panicked commentators. The Referendum gave voice to ideas and aspirations the Westminster bubble has attempted for so long to contain and ignore. It was striking that the political and cultural elites, having bleated on for years about the problem of ‘voter apathy’, sang a different tune once people came out in droves to vote for a result they did not like.

But on 8 June 2017, the kids turned out for Corbyn, and mobilisation is back in vogue. Hypocrisy abounds. Young people are presented as a homogenous bloc, as though they are all middle-class university students on a mission to Remain. The youth vote has even been discussed in some quarters as holding more moral authority than the actual election results. What is genuinely exciting about the turnout – the apparent re-kindling of young people’s enthusiasm for democratic engagement – is subsumed by overblown claims about what they voted for, and why.

The energising of young people around the ballot box is certainly a welcome change from the narrative of youth apathy that has dominated the discussion for so many years, replete with craven proposals such as lowering the voting age, doing stuff with social media, putting polling booths in shopping malls. We may at last be able to forget all that guff about how young people just ‘do politics differently’; the pretence that signing an online petition or sharing a Facebook meme is an equally important route to changing the world. If voting comes back into vogue, that is a good thing for democracy. 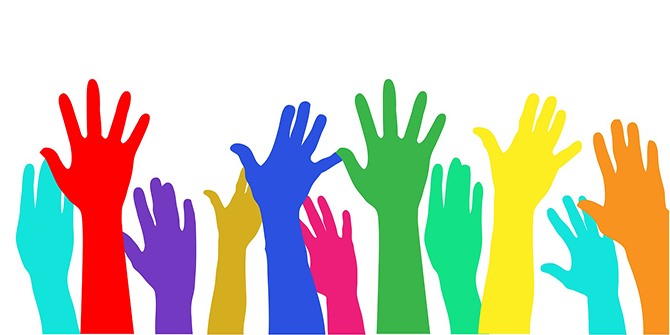 But the manipulative flattery of the youth vote is as demeaning to young people as it is dangerous for politics. First, it feeds into a narrative of generational grievance that currently underpins so much political debate. This reached its poisonous nadir in the aftermath of the Brexit vote, where older generations were castigated for robbing the young of their future, simply by having the temerity to vote. During the 2017 General Election, both the Conservative and Labour parties sought to present their policies as a sop to the young, at the expense of the old. Artificial divisions are constructed between the generations, which mask more complex and important social cleavages and seek to create a sentiment among young people of political entitlement, rather than equality.

Second, the fawning over the youth vote is highly selective. Young Britons should resist the temptation to assume that they will always be canonised as the saviours of our electoral soul – because they, too, might someday choose to vote ‘the wrong way’. In the first round of the recent presidential election in France, polls suggest that around 27% of voters aged 18-34 backed the Communist-allied candidate Jean-Luc Mélenchon, while 21% of voters aged 18-24, and 24% aged 25-34, backed the far-right candidate Marine Le Pen. We didn’t hear much lauding of the youth vote then.

That the first round of the French parliamentary elections, held on 12 June, was greeted with a ‘meh’ from the electorate as a whole, with turnout reaching a record low, indicates that standing on a platform of being ‘young’ and ‘new’ is not a sure-fire way to court the kids (or, indeed, anybody else).

Young people should also resist the demographically-dubious assertion that the electoral odds are stacked in favour of older generations, because of the numbers. Look at the USA, where the Millennial Generation is now apparently larger than the Baby Boomers: something that commentators complacently assumed would result in a victory for Hillary Clinton over Donald Trump in 2016. When large numbers of those uninspired Millennials refused to play ball and stayed away from the polls, they were despised for it. But they were exercising their demographic clout every bit as much as their voting elders, and they might decide to do something different with it next time. The great thing about democracy, after all, is that everybody has one vote, and each vote counts equally.

Young voters, like all citizens, need to stand up and be counted, and this means engaging with political arguments, not simply ‘making themselves heard’ and expecting to be patted on the head. But when they really start doing this, they will realise that their vote will not always be affirmed. It’s time political parties started treating young people, not as a stage army for particular causes or window-dressing to demonstrate engagement, but as voters, with a whole range of views and experiences beyond the banal fact of being aged 18-24. Because that is what it means to be an adult in a democracy.