Richard Hayton argues that UKIP’s strong showing in recent elections is just one facet of a broader trend in British politics, the continuing rise of smaller parties in the UK. Moreover, the party is clearly not a passing phase for voters, having grown in support steadily over many years. It is important to recognize that they will continue to be an important feature in the contemporary political landscape.

There can be no doubting that, so far at least, 2013 has been UKIP’s year. Twelve months ago the party was hovering around the 8 per cent mark in most opinion polls. Today, UKIP’s support is close to double this level across all polls, with some indicating that it has topped 20 per cent. The party’s extraordinary performance in last month’s local elections – gaining 139 seats and nearly a quarter of the vote – has established some clusters of UKIP council seats (notably in Lincolnshire, Norfolk, Kent, and Cambridgeshire) from which the party will hope to mount challenges for Westminster seats at the next general election. Indeed, UKIP’s leader Nigel Farage was candid about this strategy and the obstacle posed to his party by the first-past-the-post electoral system in the aftermath of the elections.

So why are UKIP riding high? And what might be the implications of this over the next few years? As John Curtice has noted, the current groundswell of support for UKIP has coincided with a decline in support for the Conservatives following the budget ‘omnishambles’ of March 2012. In part, UKIP’s recent exceptional ratings undoubtedly relate also to the fact that Coalition ‘enhances UKIP’s prospects of attracting disaffected Conservatives’.

However, underlying this we can also discern some longer term currents. One is that the party has been on the rise for quite some time, and has been a noteworthy player in elections to the European Parliament for a decade. UKIP’s short-lived but high profile dalliance with the former television presenter, Labour MP, and politics lecturer Robert Kilroy-Silk helped propel the party into third place in the 2004 European election, winning 12 seats and 16 per cent of the vote (up from 7 per cent and 3 seats in 1999).  At the following contest in 2009, media (and indeed academic) attention focused on the prospect of a ‘breakthrough’ by the British National Party. However, the more significant story, as I discussed in an article written that summer, was the fact that a minor party – UKIP –secured second place ahead of Labour and the Liberal Democrats. The results confirmed that the 2004 performance was not a one-off and that at European elections (where the party benefits from the regional list proportional system, relatively low turnout, and a focus on the issue of European integration) it would be a key contender for the foreseeable future.

UKIP’s strong showing in elections to the European Parliament is just one facet of a broader trend in British politics, identified by Paul Webb as ‘the continuing advance of the minor parties’. At the 2010 General Election less than two-thirds of the votes cast went to the two largest parties, a record low. While UKIP attracted over 900,000 votes it did not seriously threaten to win any seats, and saved its deposit in less than a fifth of those where it fielded candidates. Nigel Farage’s horrific election day plane crash became something of a macabre metaphor for the party’s hopes of a significant breakthrough and the opportunity to exert influence in a hung parliament.

Seen in this context, the 2012 local election results and UKIP’s strong showing in a number of recent by-elections can be seen as another staging post in the party’s efforts to exert influence on the political mainstream, rather than as a watershed moment. The next critical juncture for the party will be the elections to the European Parliament in May, which some polls suggest UKIP are likely to win. Should Nigel Farage lead his party to first place in 2014, it will be difficult for the three main parties to reasonably argue that he be excluded from the leaders’ debates in the 2015 General Election.

Including the UKIP leader in the debates would introduce an element of unpredictability that Messrs Cameron, Clegg and Miliband will no doubt be keen to avoid. In 2010, Nick Clegg demonstrated how a ‘plague on both your houses’ message could be very effective, and Farage would no doubt use the opportunity to portray the other three leaders as the collective face of the political establishment with himself as the plucky outsider. Equally, refusing to debate with the UKIP leader would simply reinforce his party’s anti-political establishment appeal. The Farage factor has undoubtedly been a key part of the UKIP success story, and commentators generally concur that he has a charismatic quality which sets him apart from most of his contemporaries in British politics. As one put it, he is a politician they ‘could bear to have a pint with’. In short Farage (like Boris Johnson) has cultivated an unconventional image which helps him to get away with rather more than the average politician. Whether he can sustain his claim to be genuinely distinct – ‘not a professional politician’, as he puts it – will be a fascinating test of his political skills as he faces greater media and public scrutiny over the next two years.

Another largely overlooked dimension to UKIP’s rise is the emergence of an embryonic ‘party politics of Englishness’ which poses strategic dilemmas to parties across the political spectrum. As Guy Lodge has recently argued, a strengthening sense of English national identity may be augmenting UKIP’s support as ‘it is exactly those voters who feel more strongly English who also believe that England is getting a raw deal from its membership of both the European Union and the current political settlement in the United Kingdom’. Indeed, in his recent and persuasive account Ben Wellings suggests that English nationalism has found its most powerful expression in the form of opposition to European integration. While UKIP (as its moniker suggests) professes to be a Unionist party seeking to represent the whole of the United Kingdom, the vast bulk of its support is in England. UKIP’s nationalism rests on a conflation of Englishness and Britishness which, as Nigel Farage’s recent hounding from Edinburgh illustrated, has little resonance in Scotland. The coming years may therefore see UKIP reformulate its nationalism in more exclusively English terms, building on existing policy commitments in favour of a public holiday on St George’s Day and an English Parliament.

All of this poses something of a headache for the major parties. The Conservatives have grappled unsuccessfully since 1997 with the question of how to devise a post-Thatcherite political strategy that appeals both to the fabled centre-ground voter and Tory traditionalists concerned about issues such as crime, immigration, and European integration. With every notch UKIP climb in the opinion polls, David Cameron’s party management problems became a little more intense, not least as his party seems unable to begin to agree on the semblance of a coherent message about UKIP. However, for Labour too UKIP presents a significant challenge. As Robert Ford and Matthew Goodwin have recently pointed out, UKIP’s supporters ‘are much more likely to be low-income, financially insecure and working class’ – in short, ‘old Labour’.

As such, while we are unlikely come 2015 to see more than a handful of UKIP MPs at Westminster, the true ‘UKIP effect’ is likely to be felt through attempts at strategic repositioning by other parties, with both the Conservatives and Labour are being urged to ‘listen’ to UKIP voters. We have already seen David Cameron move to promise a referendum on membership of the European Union by the end of 2017, in an effort to shore-up his position with the right of his party. Ed Miliband is also facing calls from some within his party to pledge a referendum. Should the Labour leader accede to this temptation UKIP could, indirectly at least, be contributing to one of the most profound and concerning developments in British politics for a generation, namely exit from the European Union. Regardless of whether such a plebiscite does or does not occur, British politics has now entered a period where Euroscepticism is the mainstream norm, with pro-Europeanism effectively re-defined as the maintenance of the status quo. The presence of UKIP as an important feature in the contemporary political landscape can only serve to entrench this Eurosceptic consensus.

This article was originally posted on the PSA blog.

Richard Hayton is a Lecturer in Politics at the University of Leeds. He is the author of Reconstructing Conservatism? The Conservative Party in Opposition, 1997-2010 and the Convenor of the PSA Specialist Group for the study of Conservative politics. He tweets@Richard_Hayton 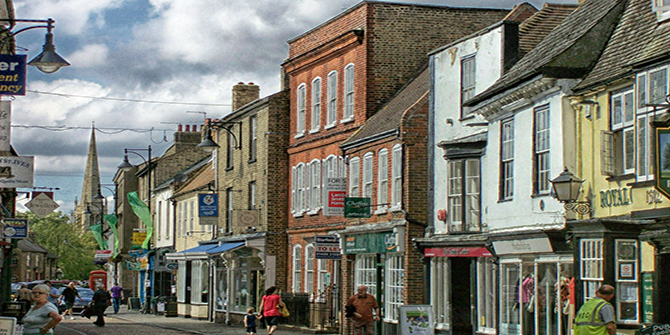 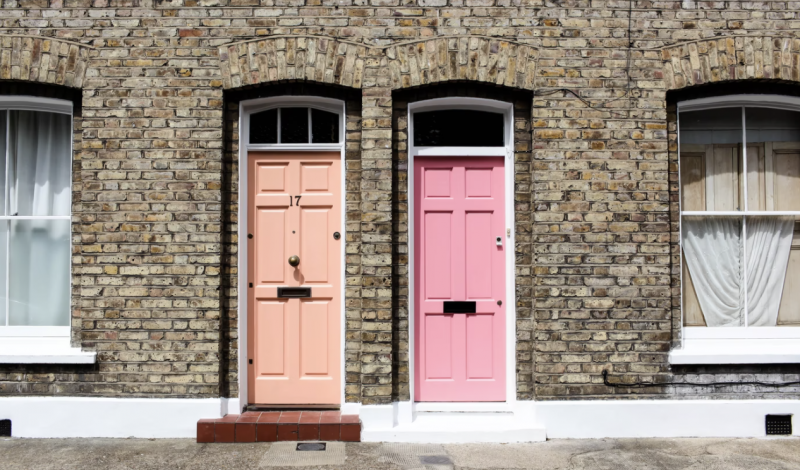