Whoever wins the election and takes office in 10 Downing Street will dispose of greatly increased powers as Prime Minister, argue Andrew Blick and George Jones, because of the cumulative result of years of institutional practice tending to undermine collective Cabinet government.

Cabinet government has been seriously compromised in recent years, and a semi-official ‘Department of the Prime Minister’ has been established at No.10 Downing Street and the Cabinet Office. This is the central conclusion of our new book Premiership: the development, nature and power of the office of the British Prime Minister. Yet we also argue that claims of the emergence of a UK “presidency” are misguided; and despite the changes, No.10 Downing Street is no better equipped now to achieve the outcomes it wants than two decades ago.

Is there anything really new here? No.10 has long been accused of dominating government. It was alleged in 1741 that Robert Walpole had achieved ‘sole direction of all public affairs’; William Pitt the Younger was said to have led ‘a government of one man alone’; the Duke of Wellington was described as a ‘Dictator’; and David Lloyd George was labelled ‘virtually the President of a State’. 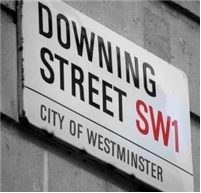 Part of the reason for this recurring controversy is that the post of Prime Minister has a minimal legal existence. Despite developing from the early eighteenth century, it was not referred to in statute until 1917. While 662 pieces of primary legislation and 7,205 pieces of secondary legislation refer to the Secretary of State for Health, only 92 and 422 respectively refer to the Prime Minister. Prime ministers ceased in practice to be heads of the departmental Treasury in the mid-nineteenth century; but the ending of this arrangement was not officially confirmed in the Civil Service Yearbook until 1976.

Yet recent changes have been significant. Over recent decades Cabinet meetings have become much less frequent. In the 1950s there were 87 full Cabinet meetings per year on average. Since 1977 the annual total has only once exceeded 50, and it is now generally in the high 30s to low 40s. A further blow to Cabinet has been the commandeering of the body which should support it, the Cabinet Office, by Tony Blair and Gordon Brown to provide direct assistance to the Prime Minister. By 2005-6 more than a third of the Cabinet Office’s total staff out of 782 were charged with supporting the Prime Minister ‘in leading the government’.

The UK constitution could be on the brink of a new era. In the first phase of the history of the premiership, prime ministers were supported by their own department in the form of the Treasury. From the mid-nineteenth century prime ministers ceded control of the Treasury and the premiership entered a second, non-departmental phase. The changes instigated since 1997 have once again established a large-scale prime-ministerial support structure, giving No.10 a substantially expanded role in the business of the other Whitehall departments.

If this new, quasi-departmental model for the office of Prime Minister holds for a significant period of time, then the premiership will have entered a third historic phase. The constitutional implications for the UK – including growing difficulties for Parliament in holding this entity to account – will be great. Whoever occupies No.10 after the General Election needs to think hard about these issues.

Although these statistics are important, they do not tell the whole story. It is still possible for Cabinet to provide collective leadership, if the ministers who sit in it alongside the premier are sufficiently assertive in the face of pressure from No.10. Some Prime Ministers in the past have sought to diminish the importance of Cabinet and collective discussion, but they can be stopped by resistance from within Cabinet.

So we should not mistake the PM’s possession of a full-scale department now for greater power. However much No.10 might throw its weight around in Whitehall, there is no guarantee it will get its way, or that if it does the policies that are adopted will prove to be effective.