A good predictor of electoral outcomes over the past nine UK general elections has been survey questions asking about satisfaction with the leaders of the two main parties. That measure, however, combines responses from people who support the party and those who don’t. Here, Ruth Dixon explores leader satisfaction among party supporters as a way of measuring the level of ‘enthusiastic support.’ In 2015, these results showed a clear advantage for David Cameron, when voting intention alone suggested the election was too close to call.

Figure 1:  Leader Satisfaction Among Party Supporters by Voting Intentions (dark series – among who all name a party) and subtracting that percentage from overall leader satisfaction rating (light series) (Ipsos Mori) 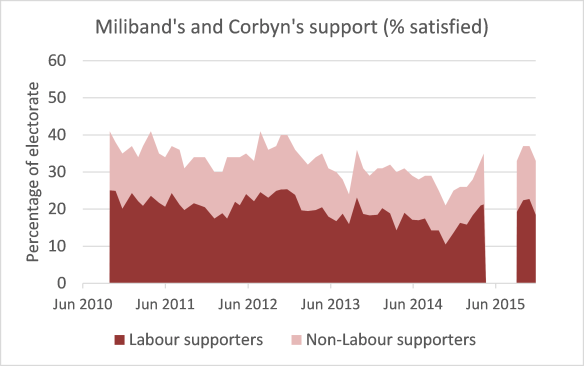 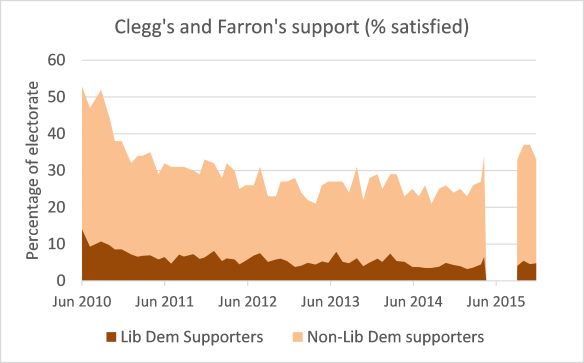 Figure 2 shows satisfaction with their own leader among supporters of the two main parties, expressed as a percentage of the whole electorate. We might term these the ‘enthusiastic supporters’ who may be more likely to vote.

Figure 2: Party Supporters views on their leader (Source as figure 1) Cameron’s eight percentage point lead among ‘enthusiastic voters’ just before the May 2015 election seen in Figure 2 contrasts with the much less clear-cut picture given by ‘voting intention’ alone (Figure 3, below). At that time the result was, according to the polls, ‘too close to call,’ even though that election resulted in an overall Conservative majority. In summary,  the proportion of the electorate who are satisfied both with a leader and with their party may be a useful supplement to other predictors of electoral outcomes.

Please note, a version of this piece originally appeared on Ruth’s own blog.