During the election campaign, much attention has been focussed on the prospect of some kind of accommodation, or deal between the Labour and Scottish National Parties. However the discourse on the nature of such an arrangement rests on outdated notions which do not take into account the Fixed Term Parliament Act (FTPA) which changes the dynamic quite dramatically, according to Colin Talbot.

The media is rife with speculation about who will do deals with whom after May 7thand what the possibilities are. What is obvious is that most of them are working on old assumptions about how Governments are formed which predate the Fixed Term Parliament Act 2011 (FTPA), which has fundamentally changed the way these things work.

What does the law say?

For example, there’s been big speculation about what happens if a minority Labour or Conservative government gets defeated on their Queen’s Speech. Which rather misses the point – nothing happens. The Government doesn’t fall. There is no dissolution of Parliament.

“That this House has no confidence in Her Majesty’s Government”.

Nothing else forces a Government out of office – not defeat on a Queen’s Speech, a Budget, a key piece of legislation, a vote of no confidence in the Prime Minister, nothing.

Of course there may be political circumstances where a Government chooses to take such a defeat seriously and resigns. Or, more likely, they could put down the above motion themselves and dare their opponents to kick them out.

Which brings us to the second part of this process, accepting a new Government. Here the FTPA says that this must take the form of a majority of the House of Commons passing the following resolution:

“That this House has confidence in Her Majesty’s Government.”

Note the important difference that this is a positive affirmation of confidence – arguably it would be harder to pass this motion than the no confidence one, simply because it would politically endorse the Government on offer, which might be awkward for some.

Let’s try a thought experiment based on the latest projection (26 April) from YouGov on who might get what MPs on May 7th:

Note: “others” includes the 4 members of the Speakers team, who don’t vote, and currently 5 Sinn Féin MPs who don’t take their seats.

Let’s assume on these figures David Cameron seeks to stay on as Prime Minister and form a minority Government. Forget the Queen’s Speech and any other vote in Parliament, the only vote that could get Cameron out of No. 10 is if the House of Commons passed by a majority the proposition “That this House has no confidence in Her Majesty’s Government” – in other words 321.

Labour, the SNP, and the Greens could all be expected to vote for such a motion – 318 votes. With (currently) the 3 Plaid Cymru the ‘anti-Tory vote already reaches the magic 321 – so Mr Cameron would be out.

At this point both Mr Cameron and Mr Miliband could embark on negotiations to try and get votes to form a Government – in practice it would probably only be Labour doing this and David Cameron would probably have announced his intention to step down as Tory leader.

Labour would need to assemble the magic 321 or more votes for a motion “That this House has confidence in Her Majesty’s Government.” That might be tricky. If Labour sticks to its “no deals with the SNP” position it would be hard to assemble the 321 votes unless the SNP were forced to vote for the new Government.

This could happen because they are pledged to “lock out” the Tories and are unlikely to want to force a new General Election, which is what would happen if Labour failed to win the vote. So it could come down to a ‘game of chicken’ as to who blinks first – Labour or the SNP.

Let’s assume the opposite of the above scenario happens – David Cameron accepts he’s effectively ‘lost’ the election, even although he’s got more seats, goes to the Queen and resigns and recommends Ed Miliband be asked to form a Government.

Getting and holding onto Government is much easier for Labour in these circumstances. It is very unlikely the Tories would put down a ‘no confidence’ motion immediately, having just conceded power. And no of the smaller parties are very likely to either. Even if say UKIP were to do so, the Tories would almost certainly abstain and Miliband would remain as Prime Minister.

The power of the executive and minority government

In the past minority Governments have managed to hang on in Government for quite long periods. The FTPA makes this even easier and much clearer what would, and would not, force a Government out.

One of the favorite phrases of journalists at the moment is “confidence and supply”. The FTPA makes this term more or less redundant. The ‘supply’ bit was always a bit of a myth, as I have pointed out before. It is very hard to alter Government tax and spend policies and in any case any defeat or amendment would not be an issue of ‘confidence’ issue – it never was and FTPA rules it out completely. The ‘confidence’ bit has also changed as a result of FTPA, as discussed above. In reality any minority Government doesn’t need a so-called ‘confidence and supply’ arrangement to be able to govern.

Our system is generally heavily weighted in favour of the executive, HM Government, against the legislature, Parliament, and although the power of ‘Crown prerogative’ has been slightly modified in recent years it is still very strong.

This means a lot of the talk about how the SNP could ‘blackmail’ a minority Labour Government, or UKIP a Tory one, is vastly exaggerated.

Of course a minority Government would have to negotiate around specific bits of legislation it wanted to pass, but even that may prove a lot easier than many expect. Getting its tax and spend policies through is even easier – and no-one can propose to ‘end austerity’ (as the SNP supposedly does) because Parliamentary rules don’t allow it.

There’s a wider point here too – the British Political Tradition is always said to have favored ‘strong government’ but current voting patterns suggest people are much less concerned about that idea. Maybe the British electorate would welcome a Government that had to constantly negotiate policies rather than act like an “elective dictatorship”? We are probably going to find out.

Note: This article was originally published on Colin’s personal blog and gives the views of the author, and not the position of the General Election blog, nor of the London School of Economics. Please read our comments policy before posting. 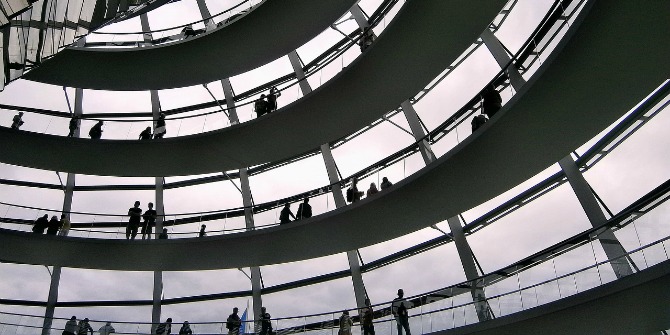 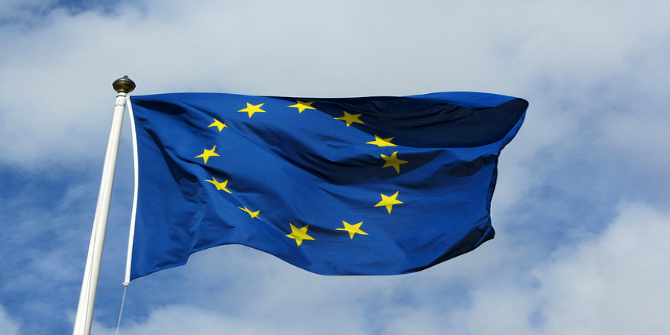