As part of the LSE Festival 2019, Diane Abbott, Eric Kaufmann, Alita Nandi, Sunder Katwala, and Ilka Gleibs discussed the question of Britishness – what does it mean and who gets to define it. Lucinda Platt provides an overview of the main arguments.

At its simplest, being British is a legal status of citizenship, as Diane Abbott MP (and Shadow Home Secretary) emphasised during the 2019 LSE Festival. It is conferred by birth and registration or acquired following completion of a number of requirements including a period of residence and a test. To the extent that Britishness is defined, it is defined by the conditions that allow acquisition of citizenship.

Yet that is not all there is to it. ‘Britishness’ is constantly invested with meaning, used to include and exclude, and even citizenship can be regarded as contingent, witnessed contentiously in the Home Secretary’s decision to revoke Shamima Begum’s citizenship. Britishness is invested with particular qualities and expectations, by politicians instituting conditionality, or invoking a sense of national unity, as recent Prime Ministers from both sides have been at pains to urge.

This follows through into explicit policies with the requirement that British values (of democracy; the rule of law; individual liberty; mutual respect for and tolerance of those with different faiths and beliefs) are taught in schools. These are framed in terms of preventing children from growing up absorbing values that contradict these generic principles. As Amanda Spielman, head of Ofsted has argued, “if we leave these topics to the likes of the EDL and BNP on the one hand and Islamists on the other, then the mission of integration will fail.” This is also reflected in how conditions for citizenship itself are framed. For example, Sajid Javid has said that British citizenship “about signing up to those values that we share and live by together. … It’s about integration, not segregation.”

Ironically, however, when people are asked to name their national identity, a majority of the population does not name ‘British’ at all, and ethnic minorities are much more likely to claim they are British than the white majority UK population. Barriers to British identification may also come from outside as well as within. Alita Nandi (University of Essex) commented that 10% of minorities have experienced harassment of some sort in the past year, challenging the inclusiveness of the society of which they are part. Integration is a two-way street.

Instead the majority in England (and given numerical dominance in UK as a whole) tend to select English as their national identity (with those in Scotland more likely to select Scottish and those in Wales more likely to select Welsh). Despite increasing shares of minorities also seeing themselves as English, as Eric Kaufmann (Birkbeck) pointed out, Englishness is still very much an identity which is exclusive rather than inclusive of the diversity of the nation.

Moreover, when asked to name what they value about being British, there is a diversity of opinions. Many follow David Cameron in identifying symbols, such as being proud of the royal family, food, such as beans on toast, shared institutions, such as political institutions and the NHS, and cultural references. When asked what he missed about the UK, John Letts, who like Begum, feels at risk of having his citizenship revoked, described what he missed about the UK is his mum, pasties and Doctor Who. Cameron, himself specified as quintessentially British the Union Flag, football, and fish and chips – despite the fact that of course there is no British football team. Yet such personal interpretations of what it means to be British have little to do, the panel argued, with citizenship, or with greater social cohesion.

For Sunder Katwala (Head of British Future), the challenge for the future is to open up English identity for the increasing shares of the population who make claim to multiple and diverse origins. Attempting to teach Britishness or British values in schools, he argues, also ignores the reality that children learn both the diversity and complexity of society and what it means to be British through their experience in school. Children are becoming British anyway. He instead highlighted the ways that particular moments, such as the 2012 Olympics can provide an emotional basis for positively coming together round an identity, and suggested there are ways that we can make use of those moments. Sport also featured in his discussion of how notions of Englishness can be expanded – who, after all, would support an all-white England football team? For Eric Kaufmann the attempt to define Britishness is rather fruitless. What constitutes being British is a ‘flexible menu’, and to pin it down to core elements results in a level of generality that is not very informative.

What can such definitions ultimately tell us about what links – or separates – people? While the law defines the rights and limits of citizenships, attempts to define its core setting up citizenship as a club with rules and with the membership card checked or disputed more often for some than for others. Perhaps instead we need to pay more attention to the practices by which those living alongside each other are interconnected, whether ‘British’ or not.

A recording of the event What does it mean to be British? And who defines it? is available here. 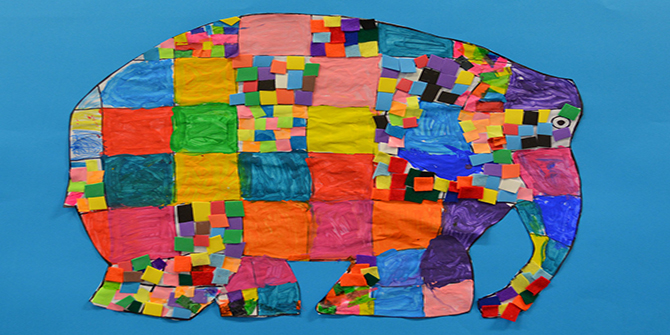 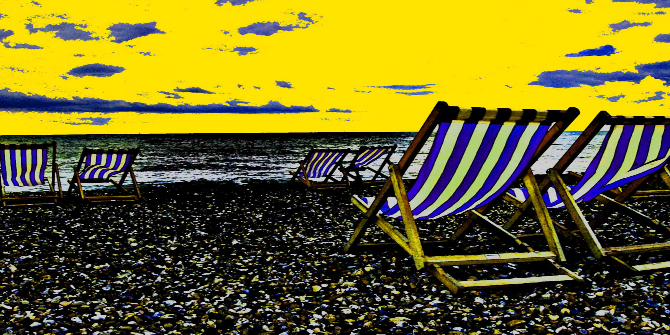 The Long Read: What Will We Do in the Post-Work Utopia? by Mareile Pfannebecker and J.A. Smith