The 2014 Scottish independence referendum saw unprecedented political engagement on a scale rarely seen of late in the UK. But, ask Alenka Jelen-Sanchez and Marina Dekavalla, was this broad engagement replicated in mainstream television coverage?

The 2014 Scottish independence referendum will be remembered as a key moment in the history of Scotland in the United Kingdom, but also as the vote that engaged the electorate like no other before or since: 84.6% of registered voters turned out on the day, which is the highest recorded participation in any referendum or election in the UK. At the time, some expressed hopes that this would mark a turning point in a long-standing trend of voter apathy, which is by no means unique to Scotland or the UK. Yet so far, no other electoral contest has captured people’s interest to the same extent, while the same level of turnout was not replicated in subsequent Westminster or Holyrood elections, nor in the 2016 EU referendum.

Many authors in journalism studies believe that we learn what being a citizen involves by reading and watching the mass media. They propose that the mainstream media can “teach” active citizenry by presenting the public with examples of citizens who are involved in political action, who have political opinions and can propose solutions for problems rather than just illustrate problems, which are then up to politicians to resolve. On the contrary, by presenting politicians as the central actors in public affairs, the citizenry “lesson” conveyed is that ordinary people don’t have a role in politics other than to choose between different politicians’ proposals. This mediated reproduction of a liberal understanding of democracy, which is the norm in most Western mainstream media, ensures that the power to make a difference in public affairs remains in the hands of elites, and has the potential to disengage voters by making them feel powerless. It is not always easy to care about something about which it appears you can have no active influence over.

Considering the great voter engagement in the Scottish referendum, both before and during the vote, one might expect that the media coverage reflected a different view of citizenry than usual. In our recently published article in British Politics, we show that this was not exactly the case. Through content analysis of the coverage of the 2014 campaign on BBC’s Reporting Scotland daily bulletin, we demonstrate that the main sources used – interviewed, paraphrased or openly referred to as the sources of what was being said – were politicians. These accounted for almost half of all the sources used in the final month of the coverage. Ordinary citizens came second and made up about twenty per cent of all the sources we found, which is higher than most similar studies in other contexts. Yet this is less than half the representation that political sources received. The organized grassroots campaigners who supported either outcome got even less coverage, and made up about six per cent of all sources.

There is nothing unusual about this picture – the reliance of the mainstream media on elite sources is well-documented and, as mentioned, in this case ordinary citizen sources were more present in the BBC coverage than many other studies in other contexts have found. However, as opposed to elections, which are the central political event of representative democracy, a referendum is about direct democracy, about ordinary citizens making a decision on a matter of public concern themselves and not through their representatives. If their representatives still dominate the debate in the media, this might suggest that there is not a great deal of difference in where power lies.

Clearly it is not easy to exclude politicians from a referendum debate. Issues are not put to the public vote because politicians are indifferent to them; on the contrary highly politically charged issues like independence, EU membership, EU treaties, immigration and abortion tend to be decided by referendums. Even if politicians had stayed out of the debate themselves, the grassroots campaigns promoting both sides of the argument in 2014 were still nurtured by the official political campaigns, so their influence would have remained.

Perhaps one of the few occasions of direct democracy that most citizens will experience in their lifetime, referendums offer an opportunity to reverse the usual order that puts elite media sources first and to provide more examples of citizens debating public affairs, from a partisan but also from a non-partisan perspective. One further finding from our study was that in the television coverage sources supporting a Yes and a No outcome (who were equal both in number and in relation to the time dedicated to them) were statistically more likely to respond to each other, while neutral sources introduced new points without responding to anyone. This meant that the debate was highly polarized.

A final point that emerged from our analysis of the coverage is that there were more male sources than female, and that they had more airtime to express their views. This represented one of the biggest gaps we found among the different types of sources we considered. Like other trends discussed earlier, this finding is not unique to the context we studied. However if, as argued above, the media teach audiences what being a citizen involves and who participates in democracy, the implication that politics is a man’s issue is rather concerning.

Arguably online media provide alternative public spheres where the same rules do not apply as in the old media, and a wider range of voices can be heard. Yet mainstream media still command large audiences that are less fragmented than those for online media, and still retain a lot of influence over what is talked about in all parts of the public sphere. How they represent political events still matters.

Marina Dekavalla is Senior Lecturer in Journalism Studies at Stirling University. She holds an ESRC Future Research Leaders award for the project “Television framing of the 2014 Scottish independence referendum”, supported by the Economic and Social Research Council (grant number ES/L010062/1).

Alenka Jelen-Sanchez is a Lecturer at the University of Stirling. 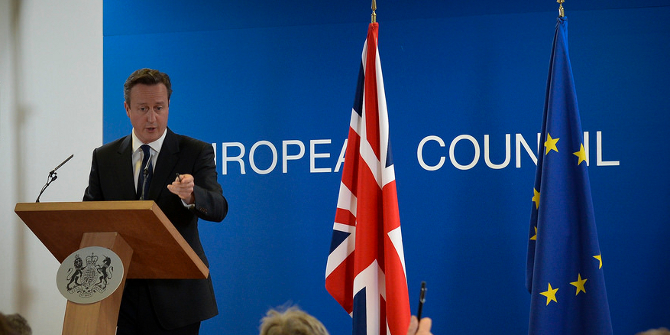 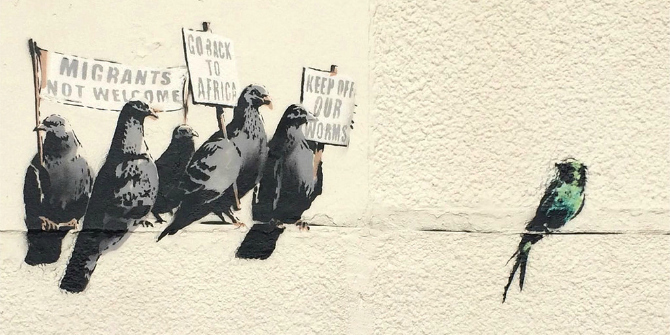