In 2010, David Cameron spoke about the ‘quango conundrum’, or what to do about reforming arm’s length bodies (ALBs). An IfG report following the election offered an evidence-based recipe for the more sophisticated approach towards quangos sought by the coalition. Katherine Tonkiss writes that, while the government has been successful in addressing a substantial number of the IfG’s recommendations, the failure to adopt a strategic approach to the governance of ALBs and implement greater parliamentary scrutiny means the quango conundrum remains unsolved.

‘Quangos’, or bodies carrying out public functions at arm’s length from government (also therefore called ‘arm’s length bodies’, or ALBs), have become a key feature of British governance. Yet attempts to abolish and reform them are almost as longstanding, with successive governments trying (and failing) to enact significant change. This has given rise to what Gash and Rutter have termed the ‘quango conundrum’, whereby parties commit to far-reaching abolition and restructuring of the quango state while in opposition, but then adopt a far less aggressive approach once in power.

Ahead of the 2010 general election, quangos once again rose up the political agenda, but while anti-quango rhetoric was evident it appeared that the Conservative Party were adopting a different, more sophisticated approach to quango reform, as David Cameron described:

It would be far too simplistic for me to stand here and announce some kind of ‘Bonfire of the Quangos’. People have heard that kind of talk many times before, and seen little to show for it. We need a more sophisticated approach. Yes we need to reduce the number, size, scope and influence of quangos. But we also need to recognise that there are circumstances where functions of the state do need to be carried out independently of elected politicians.

To what degree has this more sophisticated approach enabled the Coalition Government to solve the quango conundrum?

In the months following the 2010 general election, the Institute for Government (IfG) published Read Before Burning which provided a road map for a more mature, thoughtful and principled approach to the management of ALBs. The report detailed nine specific recommendations to government, and these are listed in the table below.

These nine recommendations offer an evidence-based recipe for the more sophisticated approach sought by the coalition Government, and as such provide a useful lens through which to assess the progress of the coalition towards this goal.

Prior to the 2010 General Election, the capacity of the Cabinet Office to oversee ALBs was very limited, with only 1.5 full-time equivalent (FTE) staff. Review processes for ALBs were non-existent, and management of ALBs through sponsorship relationships with parent departments was weak.

Since then, the coalition has significantly increased the capacity of the Cabinet Office Public Bodies Team, which now stands at 17 FTE staff. This has been accompanied by very strong leadership of the reform agenda by Francis Maude, minister for the Cabinet Office. ‘Triennial reviews’ were also introduced in 2011 to examine the function and form of NDPBs every three years. These three factors have been critical in maintaining the profile and momentum of reform. So too have reforms to sponsorship, including a new cross-Whitehall sponsorship network, a new sponsorship competency framework and sponsorship training opportunities.

However, there have been some shortfalls. Triennial reviews have largely not recommended any major change, rather focusing on minor improvements in governance. They have also focused solely on the ALB and not its interface with the department, which was included in the IfG recommendation for GAP reviews. As such, there are indications that triennial reviews will require further development, something which has been recognised by the Cabinet Office. There have also been challenges in implementing sponsorship reforms, with questions remaining about the degree to which the culture of the Civil Service has adapted to view these management and administrative skills as of equal value to ‘traditional’ policy-making skills.

The coalition has implemented a raft of reforms as part of a wider attempt to increase transparency across the public sector. This has included publishing details of the number and size of NDPBs, as well as introducing a range of administrative controls designed to monitor spending, and requiring ALBs to publish details of all expenditure over £25k. Such reforms are significant as they allow scrutiny of the quango landscape, enabling observers to gauge the extent and value of ALBS.

The Cabinet Office has increased its capacity to regulate the creation of new ALBs, which now have to be approved by Cabinet Office ministers and in some cases the Treasury. However, the coalition has not addressed the IfG recommendation to increase parliamentary scrutiny of new ALB proposals. As such, the government’s capacity to create new bodies is not subject to the kind of democratic check likely to counter the quango conundrum.

The spending of ALBs is now controlled through an expenditure controls framework which necessitates departmental and/or Cabinet Office approval for spending over certain limits. This has meant a dramatic limit on the autonomy and discretion that ALBs previously enjoyed, and it is not clear that the framework represents the optimal balance between autonomy and control which has been central to the rhetoric of the Cabinet Office and ministers.

At the most strategic level, the IfG recommendations call for a move away from the ad hoc management and reform of ALBs, and the negative depiction of them as inefficient and unaccountable, towards a more positive, uniform and strategic system of ALB governance. From the outset, the Coalition adopted an explicit and principled approach to reform, based on key tests against which ALBs were initially judged in order to identify which would be abolished or reformed. No other government has adopted such an explicit framework of assessment and as such this review process was significant – the simple logic that ‘quangos are bad’ has been rejected in favour of a more strategic approach.

However, the coalition has not addressed the IfG recommendation to address the classification of ALBs in order to inject clarity and coherent across a complex and untidy administrative landscape – an issue which is also currently being considered by the PASC Inquiry into the Accountability of Quangos and Public Bodies. Indeed, Francis Maude described himself as ‘temperamentally slightly allergic to trying to create a top-down overall scheme of arrangement for all of this’, and the reform agenda has focused solely on non-departmental public bodies, just one of a number of types of ALBs in existence. The paradox of the coalition’s approach to the quango problem is, therefore, that they have injected greater transparency and control over just one class of ALBs while at the same time increasing delegation, fragmentation and complexity elsewhere.

It is clear that the government has been successful in addressing a substantial number of the IfG’s recommendations in areas such as increasing oversight capacity, improving transparency, and implementing principled and strategic reform. In many ways, therefore, a more sophisticated approach to quango reform is apparent. However, the coalition’s failure to adopt a strategic approach to the governance of ALBs in toto, as well as to implement greater parliamentary scrutiny of new ALBs, means that the quango conundrum remains unsolved. With the Labour Party also very quiet on their plans for dealing with this quango conundrum, it appears likely to remain unsolved far beyond the next Parliament.

Note: This article gives the views of the author, and not the position of the British Politics and Policy blog, nor of the London School of Economics. Please read our comments policy before posting. Featured image credit: Francis Maude CC BY 2.0

Katherine Tonkiss is a Research Fellow at the University of Birmingham. She works on ‘Shrinking the State’, a research project exploring public bodies reform in the UK, and drawing on historical and international comparisons. The project is led by Professor Chris Skelcher (Birmingham) and Professor Matthew Flinders (Sheffield). The author acknowledges the financial support of the ESRC (grant ref. ES/J010553/1). 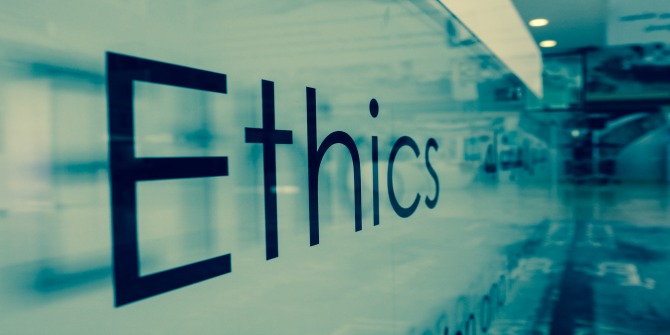 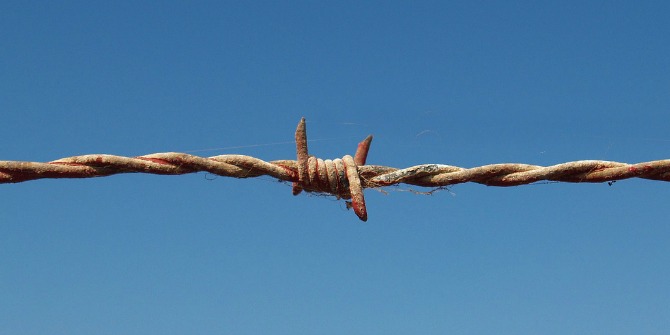