The belief that ‘we are all in it together’ is more important than other factors in explaining why the UK public has complied with lockdown measures so far, early data suggests. Jonathan Jackson, Chris Posch, Ben Bradford, Zoe Hobson, Arabella Kyprianides, and Julia Yesberg discuss the first findings of a survey on lockdown compliance in ten UK cities.

Throughout the lockdown, calls have centred on the need for collective action: to unite as a community, people need to remain apart as individuals. The roots of what has become an all-too-familiar mantra, ‘stay home, save lives, protect the NHS’, can partly be traced back to the recommendations of one of the Scientific Advisory Group for Emergencies expert groups. Framed as a way ‘to reduce the risk of public disorder’, the advice was that the government should:

Provide clear and transparent reasons for different strategies [that]… set clear expectations on how the response will develop… Promote a sense of collectivism: All messaging should reinforce a sense of community, that “we are all in this together.” This will avoid increasing tensions between different groups (including between responding agencies and the public); promote social norms around behaviours; and lead to self-policing within communities around important behaviours.

The powers that Parliament passed on 26 March were unprecedented, with basic freedoms enshrined in English law on free movement and on free assembly, taken away overnight. The police were tasked to enforce the legal requirement for social distance, yet at the time of writing, public compliance seems to have been remarkably widespread, and the police have rarely had to intervene. By all accounts, in the UK it seems to have been compliance by consent not compliance by compulsion.

How did this happen? As of 26 April there have been over 20,000 Covid-19-associated deaths in UK hospitals. Has adherence to the guidelines been partly about fear of catching the virus? Did making social distancing a legal requirement and the policing of this requirement also make a difference? Was adherence actually only an issue of widely shared norms and values—a simple success for the mantra ‘stay home, save lives, protect the NHS’?

To examine empirically some of the factors underlying people’s levels of lockdown compliance, we started a multi-wave panel study to track the experiences, attitudes, and behaviours of 1,200 people recruited on the platform Prolific Academic—300 living in London and 100 living in each of Edinburgh, Newcastle, Cardiff, Leeds, Liverpool, Manchester, Birmingham, Sheffield and Glasgow.

First wave data were collected on 21 April and it is important to stress that our (convenience) sample is not representative of the 10 cities. The strength of the data lie in our ability to field a large number of measures quickly and our ability to track individuals over time (in the case of this study, every three weeks). By way of benchmark, we are also currently conducting a nationally representative sample survey. However, gathering data from random samples takes time.

We used a standard form of regression modelling to see which factors explain (what was to us a surprising amount of) variation in self-reported lockdown compliance.

Knowledge and concern about catching Covid-19 is not important

We asked people to rate their knowledge level on Covid-19 and tell us how concerned they were about getting infected. Our analysis indicates that neither knowledge nor fear of catching the virus played a role in explaining differing levels of lockdown compliance (holding constant other factors).

In other words, those who said that they often travelled for leisure, and/or often socialised out of their household, and/or often stopped in the park for a rest or a sunbathe, were not less frightened of catching Covid-19 nor felt less knowledgeable about the virus, compared to people who never or rarely did those things.

Does the law make a difference? Yes, but only with respect to the values and norms that the law expresses

The question ‘does making something illegal and policing the particular law actually make a difference to people’s behaviour?’ is an important one. Beyond incapacitation, the legal system has three levers at its disposal to secure voluntary compliance. The first lever is deterrence. Deterrence models are based on the idea that (would-be) offenders are responsive primarily to the risk of punishment. People comply because they fear getting caught by the police and being punished by the courts. The second lever is legitimacy. A legitimate authority has the right to exercise power: it commands consent that motivates people to be law-abiding citizens. People comply because they feel a moral obligation to obey the police and law.

We found that endorsement of these sentiments predicted lockdown compliance, adjusting for fear of the virus, police and law (and all the other factors). The law, through what it expresses, influences our beliefs and coordinates our behaviour. On the one hand, the content of law expresses to citizens what authorities and other citizens deem to be right or wrong and reveals widespread attitudes towards the behaviour the law regulates. On the other hand, by shaping expectations about how others will behave, the content of law helps to coordinate behaviour: the law helps to create concordant expectations.

In short, our analysis suggests that making social distancing a legal requirement may have strengthened public compliance not through deterrence or legitimacy, but through signalling that the nation needs to take social distancing seriously, underlining what people should and should not be doing, and why.

Finally, we found that social norms—the ways people think it is correct to behave and the social pressures this places on them—played a role. We define norms as commitment to (and knowledge of other people’s commitment to) the normative principle that everybody should follow social distancing guidelines. Norms motivate behaviour not only through coordination and cooperation, helping to make people accountable to each other; they also enable people to express shared values, meaning, and identities. Through the take-up of, and adherence to, norms:

…we project a certain image and craft a sense of self: of people who care about the dignity of human beings, for whom death is a sombre and serious business, for whom the group is more important than the individual, or whatever.

Unsurprisingly, given the media and political debate, we found that sentiments like ‘most people in my local community would disapprove if some individuals were not strictly following social distancing to help prevent the spread of Covid-19’ and ‘it is important to the National Health Service that everybody sticks to the guidelines on social distancing’ played a central role in explaining lockdown compliance (adjusting for the other factors). Framing the call for collective action to rally behind a beloved institution like the NHS seems to have worked.

At least according to our survey of a convenience sample of people in 10 cities conducted on 21 April, we found that most important to self-reported lockdown compliance was the belief that ‘we are all in it together and we all need to come out of it together’—a sense of common fate, a shared identity, and acting for the common or the social good, centred around national sentiment towards the NHS. Social norms also seem to have been backed up by making social distancing a legal requirement. This may have helped underline how important social distancing is if we are to collectively (as a nation) fight the pandemic. Fear of the virus, police or law were unimportant; neither was the legitimacy of the police or law.

Our results may not be all that surprising. But how are things going to change? Will levels of compliance go down and will motivations to comply shift as lockdown fatigue sets in, and/or as different transition from lockdown phases begin, or indeed if lockdown returns for certain periods, for current groups? Watch this space!

All articles posted on this blog give the views of the author(s), and not the position of LSE British Politics and Policy, nor of the London School of Economics and Political Science. Featured image credit: by Glen Carrie on Unsplash. 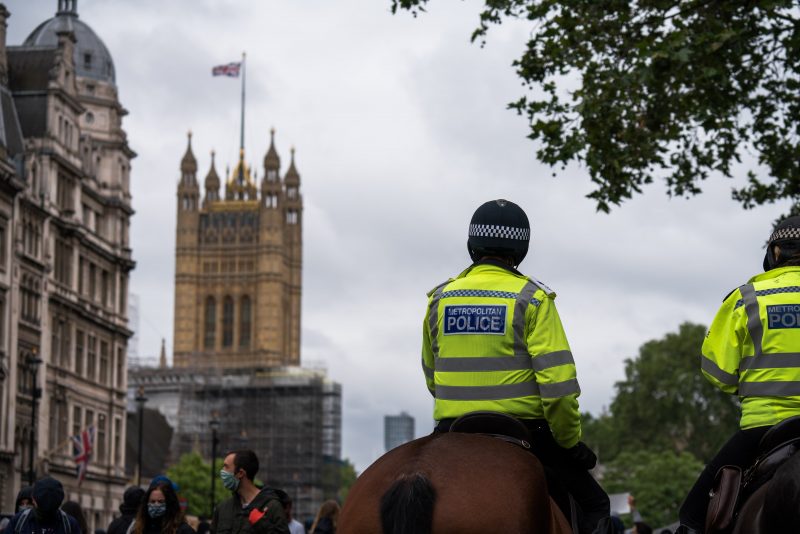 Abolish the Met? The handling of ‘partygate’ is likely to increase calls for radical overhaul of the Metropolitan Police 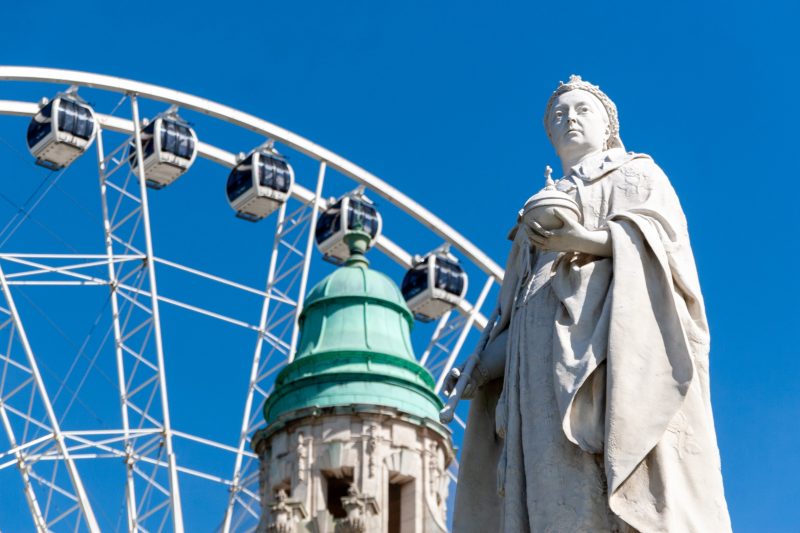 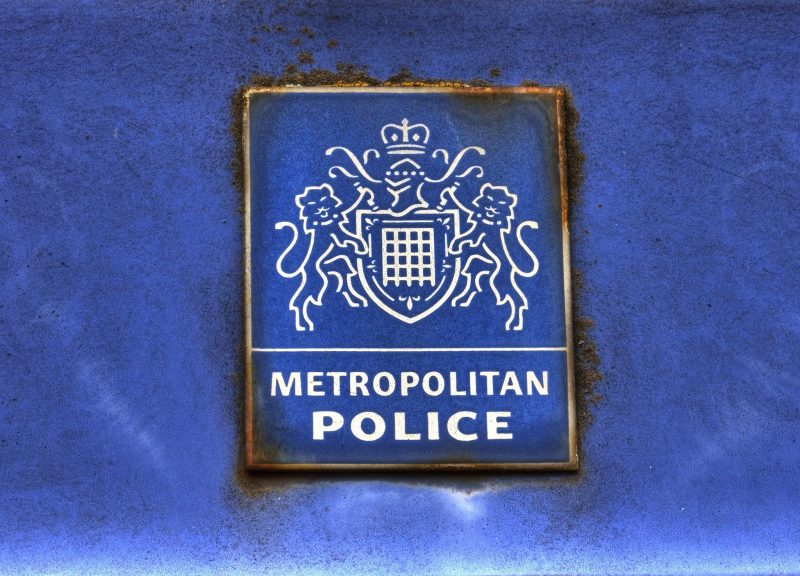