We have an endemic crisis of housing supply – caused primarily by policies, like Greenbelt, that constrain the supply of housing land precisely where it is most wanted. Paul Cheshire argues that nothing short of radical reform will improve housing affordability. But radical reform, like intelligently loosening restrictions on Greenbelt building, is frightening.

The housing crisis – worst in London, but bad across Britain – is fundamentally driven by lack of supply. For the past five years, we have been building fewer houses than in any peacetime period since before World War One. But house building has been on a downwards trend since the 1960s. Reasonable estimates suggest the shortfall in England has been 1.6m to 2.3m houses between 1994 and 2012. Moreover, too many of those we have built have not been in locations where demand is highest. We persistently build houses where they are relatively least unaffordable and job prospects are relatively worst.

This is true from Lancashire (compare Preston with Ribble Valley) to Northants (Corby to Daventry), but is perfectly encapsulated in London. In the four biggest building boroughs; Tower Hamlets, Islington, Hackney, and Southwark, unemployment in 2012-13 averaged 11.35 per cent and the affordability ratio (median house prices to median earnings) was 9.98, we added an average of 14.57 per cent to the housing stock in 2004-2012. In the four slowest building borough; Merton, Bexley, Sutton, and Kensington & Chelsea, where the unemployment rate averaged 6.75 per cent and the affordability ratio 15.07, we added an average of just 2.11 per cent to the stock over the same period.

We may have 32,500 hectares of Greenbelt land within the GLA – including around at least two Tube stations – but we have concentrated new supply where prices relative to earnings are least unaffordable and job prospects worst. And we are not just building too few houses; those we have been building do not satisfy demand. We have an endemic crisis of housing supply – caused primarily by policies, like Greenbelt, that constrain the supply of housing land precisely where it is most wanted. No wonder house prices are rising at over 10 per cent a year.

Fundamental reform is needed, but this has to be informed by a clear understanding of how markets work. Land markets certainly suffer from problems of market failure, but they still provide vital information about where there are shortages and what there are shortages of. So while we ignore price distortions at our peril, we need to be guided by them, not blindly obey them. But what do our political parties offer? Grandstanding and baby kissing. From the Conservatives, we have Help to Buy; from Labour, policies to control rents and increase security of tenure. Neither addresses the fundamental problem of supply. Both will probably make housing just a tad less affordable.

Following the watering down of the coalition’s draft National Planning Policy Framework, the Tory policy for the housing market morphed into cynical electioneering with Help to Buy, announced in the 2013 Budget. There are two schemes, but even the less toxic Help to Buy 1 – restricted to buyers of new build – may be making housing less affordable. Remember (as the OBR told the Treasury Select Committee within days of the Budget) that the underlying problem is almost perfectly inelastic supply. Anything that increases demand mainly adds to pressure on prices. While a proportion of Help to Buy 1’s financial help will increase supply, there will be a displacement effect. Given how inelastic the supply of houses is because of constraints on land supply, it is possible that the adverse effects of the good scheme on affordability will more than offset any positive effects via increased supply. Help to Buy 2 – the purely bad one – just makes access to mortgages for housing easier. Insofar as it has any effect, it will be almost entirely to increase house prices. Oh – and help us, the taxpayers, take on some housing risk banks did not want to shoulder.

Labour has announced its own version of baby kissing: partial controls on rents, increased security of tenure, and elimination of agent’s fees for finding housing for renters. The best that can be said for these proposals are that there effects will be modest. If these policies have any effect, it would be to modestly decrease rental supply, since it would become less attractive to be a landlord. The abolition of fees to agents will, of course, just get transferred into rents (because costs to landlords will increase). All forms of tenure are in the end substitutes for each other, so the net adverse impact on housing affordability will be small – perhaps negligible. It will just reduce the rate of growth of the rental sector and maybe frighten a few institutional investors who might be considering entering the market.

As I explain in the book I have just co-authored, nothing short of radical reform will improve housing affordability. But radical reform, like intelligently loosening restrictions on Greenbelt building, is frightening. Even excellent reforms will probably only make a real difference over a period longer than five years. But if people were convinced that prices of land and housing were going to behave as they do in Germany in the future, not as they have in England in the past, there could be a step change in prices relative to incomes, because expectations are built into current prices.

But the other frightening thing is that radical reform will have to come because the present system is building up pressures that, over time, will cause more and more damage. The issue is not will we reform, but will we reform in time to avoid something like a catastrophic collapse? In the meantime, kissing babies is sadly much more attractive for politicians.

Paul Cheshire is co-author, with Max Nathan and Henry Overman, of Urban Economics and Urban Policy: Challenging Conventional Policy Wisdom (Edward Elgar, 2014). The  LSE/ Radio 4 debate “Where will we all live” , featuring Paul Cheshire will be broadcast on BBC Radio 4 on Wednesday 11 June at 8pm. A Storify of this event is available here.

Note: This article first appeared in City AM on Wednesday 4 June 2014 and gives the views of the author, and not the position of the British Politics and Policy blog, nor of the London School of Economics. Please read our comments policy before posting. Featured image credit: Kathleen Tyler Conklin

Paul Cheshire is Professor of Economic Geography at the London School of Economics. He is co-author, with Max Nathan and Henry Overman, of Urban Economics and Urban Policy: Challenging Conventional Policy Wisdom (Edward Elgar, 2014). 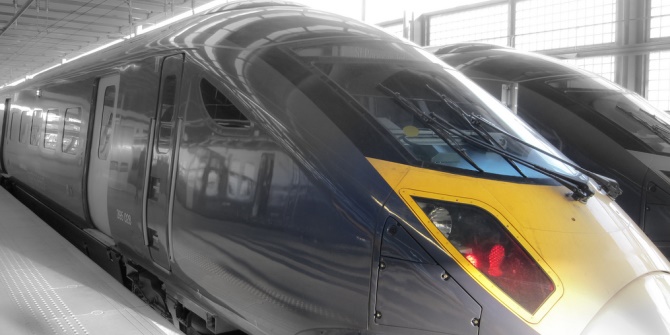 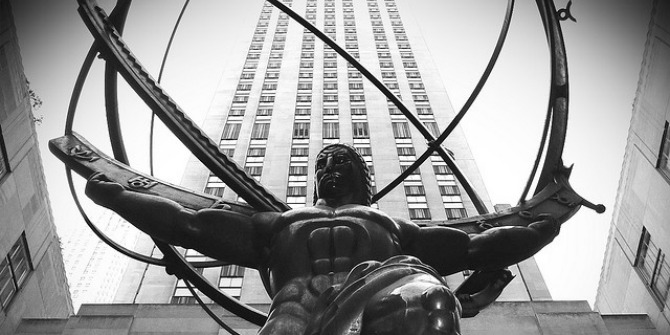