Sean Swan provides a brief history of how Sinn Fein came to adopt its abstentionist policy and explains why it will not change a century-long stance to help defeat Brexit in Westminster. He writes that if they were to drop abstentionism, dissident republican organisations would gain support, to the detriment of the peace process. At the same time, were Brexit to be blocked with the help of Sinn Fein and the SNP, the result would be an enflamed English nationalism.

Polly Toynbee recently urged Sinn Fein to drop its abstentionist policy and attend Westminster in order to help defeat Brexit. She wrote of how ‘all red lines may be up for reconsideration – even one fixed since 1917, the question of Sinn Féin’s seats in parliament.’ Her reference was to Sinn Fein adopting a republican position in that year. However, the abstentionist policy predates 1917: its origins lie with Arthur Griffith, the founder of Sinn Fein, who wrote in 1904 that:

we declare that we will take part neither in the Imperial Parliament nor in any other assembly whatsoever of the representatives of the Empire; and further, that we cannot recognise the right of the said Imperial Parliament to legislate on the affairs of Hungary

Yes, Hungary. He was quoting Ferenc Deák in the ‘First Address of the Hungarian Diet of 1861’. Griffin found Abstentionism in the policy of the Hungarian nationalist which led to the 1867 Ausgleich and the creation of the Austro-Hungarian dual monarchy. The initial policy of Sinn Fein was the re-establishment of the Irish parliament which had been abolished by the 1800 Act of Union and the creation of an Anglo-Irish dual monarchy. The policy of the then-existing Irish Parliamentary Party was condemned for saving ‘the face of tyranny by sending Irishmen to sit impotently in a foreign legislature, while it forms the instruments of his oppression’.

Sinn Fein only became republican in 1917, when the republican veterans of the 1916 Easter Rising took it over. The abstentionist policy was maintained and put into practice in the wake of the 1918 general election, in which Sinn Fein took 73 of Ireland’s 105 Westminster seats. The Sinn Fein MPs refused to take their seats in Westminster, assembling instead in Dublin as Dail Eireann. The Dail issued a declaration of independence and the War of Independence soon followed. But the republic proclaimed during the 1916 Rising was not to be. The 1921 Anglo-Irish Treaty created a partitioned Ireland with a devolved Northern Ireland staying within the UK and a southern Irish Free State with dominion status remaining within the Empire.

Sinn Fein split on the Anglo-Irish Treaty and a civil war followed. The defeated anti-Treaty side, which kept the name ‘Sinn Fein’, refused to recognise either the two Irish states or their parliaments which had been created by the treaty. This politically futile position led then Sinn Fein president Eamon de Valera to propose ending Abstentionism, which led to another republican split. The minority who opposed dropping Abstentionism continued as Sinn Fein while the breakaway group became Fianna Fail.

Abstentionism became something of a shibboleth of the republican faith, separating the revolutionary republicans from the reformist ‘constitutional nationalists’. It also helped provide a useful Cordon sanitaire between the Republican movement and politics at times when it was committed to ‘physical force’ republicanism. But such political sterility would always be seen as futile by republican modernisers.

Moves to drop Abstentionism was one of the causes of a republican split on the eve of the Troubles in 1969/70. This split led to Provisional Sinn Fein, which maintained Abstentionism, and Official Sinn Fein which favoured dropping it and has since evolved into the Workers’ Party of Ireland. The issue of Abstentionism would arise for Provisional Sinn Fein in the wake of the Hunger Strikes, in which republican prisoners on hunger strike successfully contested seats north and south. What the Hunger Strikes had demonstrated was that republicans could win seats in both jurisdictions.

This conclusion led to what, from 1981 onwards, became known as the Aramlite and Ballot-box strategy. It was outlined by Danny Morrison at the 1981 Sinn Fein Ard Fheis: ‘Who here really believes we can win the war through the ballot box? But will anyone here object if, with a ballot paper in this hand and an Armalite in the other, we take power in Ireland?’

However, the much desired republican expansion in the south was slow to materialise. Lack of support for Sinn Fein in the south was probably due to the IRA’s campaign and Sinn Fein’s support for it, but it was attributed to the policy of Abstentionism. In 1986 Sinn Fein consequently voted to drop Abstentionism in relation to the Dail. But the vote was only held after an IRA Army Convention had already voted in favour of such a step. Even so, the vote provoked a split which led to the creation of Republican Sinn Fein. Republican Sinn Fein still exists and supports the dissident republican paramilitary organisation the Continuity IRA. 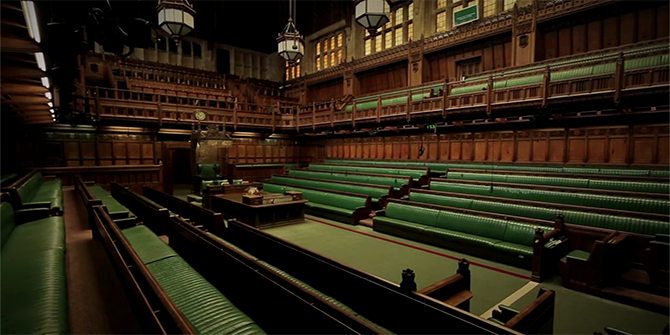 The political risk for Sinn Fein in dropping Abstentionism as it relates to Westminster is that it would make Sinn Fein, in republican eyes, ‘just another political party’. It would strengthen the claims of Dissident republican organisations, such as Republican Sinn Fein and the Continuity IRA, that they are the authentic republican movement, and increase both their legitimacy and, possibly, popular support. It would also risk a split within Sinn Fein itself. None of this would bode well for the peace process.

Sinn Fein won all the seats with a nationalist majority in Northern Ireland in 2017. That election probably represents ‘peak Sinn Fein’. As West Belfast Sinn Fein MP Paul Maskey put it in a rejoinder to Toynbee: ‘In 2017, I and other [Sinn Fein] MPs were elected on a mandate to actively abstain from Westminster’. If you can peak with Abstentionism, there’s probably no pressing political reason to drop it.

It is also worth pondering what would be the effects in England, were Brexit to be blocked by a Westminster vote including Sinn Fein and, presumably, the SNP. It is not difficult to imagine it leading to the emergence of an enflamed English nationalism amongst the frustrated Brexiteers. It is possible that we would see demands for English ‘independence’ from the UK.

It is an indication of the strangeness of the times in which we live that an organ of English liberalism, the Guardian, would be appealing to Sinn Fein (and the SNP) to save it from Brexit. But for better or for worse, the task of saving England from itself must ultimately fall to the English people.

All articles posted on this blog give the views of the author(s), and not the position of LSE British Politics and Policy, nor of the London School of Economics and Political Science. Featured image credit: Wikimedia. 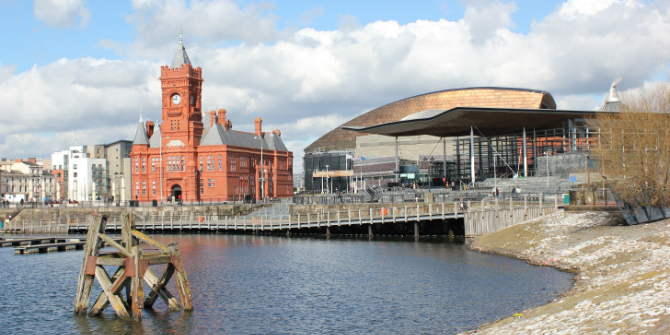