The 2016 elections highlighted the persistence of multi-party politics, the growing distinctiveness of the devolved nations, and the diversity of electoral systems. Katie Ghose argues these longer term trends deserve greater attention given the implications they have for the future shape of the UK.

If you were following it, it was easy to get lost last week underneath the bar charts and rapid analysis of this month’s elections – the ‘winners and losers’, the ups and downs. Because there were some very revealing signs of the longer term trends affecting political behaviour and future shape of the UK – and they need to be talked about.

First, the results demonstrate the extent of political diversity in the UK today – the willingness to support parties other than Conservative and Labour, even when under winner takes all voting rewards are slim. If last year’s General Election showed this appetite in spades (doubling of support for parties other than Conservative, Labour and Liberal Democrats from 2010) then Super Thursday confirms the trend.

First past the post voting discriminates against minor parties; yet voters lent sufficient support to UKIP to enable them to win or come second in many local contests whilst Greens secured their highest ever vote in London and Scotland. Meanwhile the Liberal Democrats did substantially better in Scotland than in 2012, securing four seats under the ‘First Past the Post’ element. As Simon Jenkins writes, the once monolithic character of British politics continues to fracture’. Multi-party politics is here to stay. 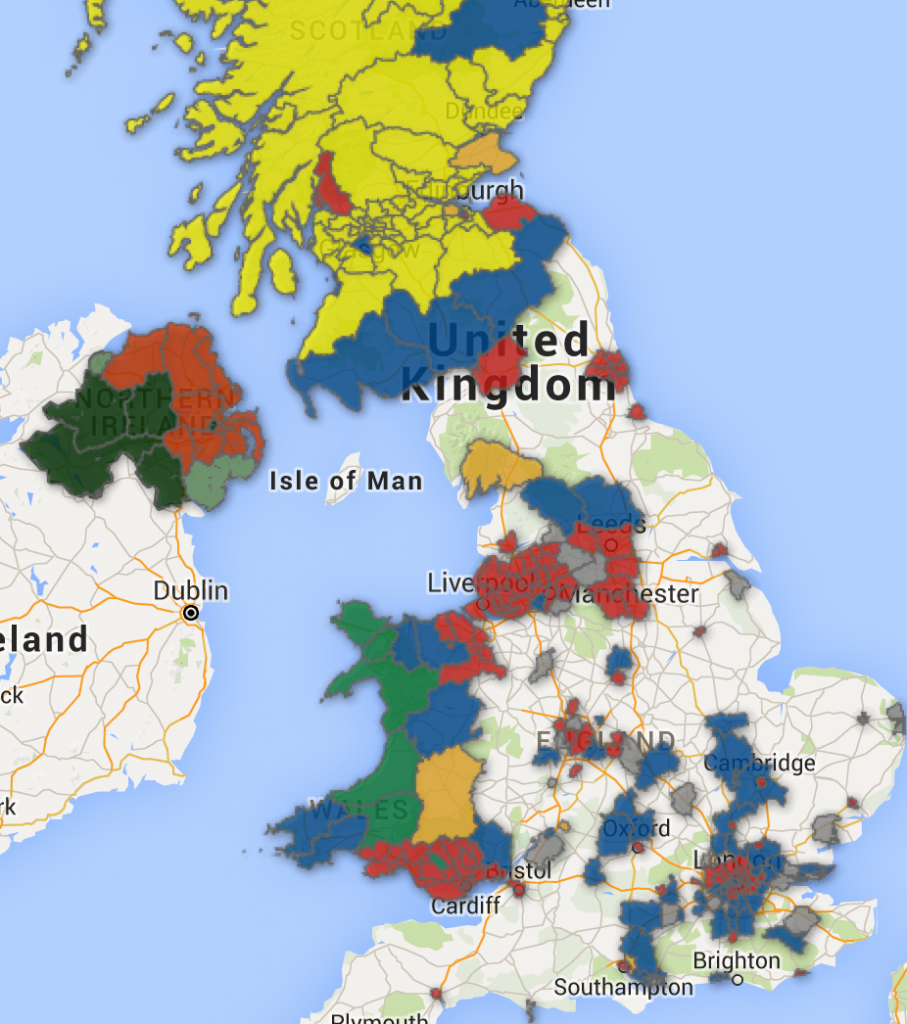 Second, there are the implications for the Union. In 2015 a different political party won the largest number of seats in each nation of the UK for the first time. This was fuelled by First Past the Post which rewards parties (like the SNP) whose votes are geographically concentrated and fails to reflect the full breadth of voters’ views (e.g. Southern Labourites or Northern Conservatives) within those nations.

Nonetheless, that doesn’t detract from the development of distinctive political environments that has followed devolution, especially in Scotland, where following the independence referendum identity and Unionist/independence attitudes are more influential than traditional left/right themes.

The immediate conclusion from the SNP’s hefty but not conclusive win last Thursday is that another referendum is further off than before, subject of course to the conclusion of the EU referendum. Yet whilst MPs continue to be elected by First Past the Post, the UK’s electoral map will continue to be distorted; artificially presenting the UK as a divided nation, exacerbating divisions and inevitably increasing tensions between the different nations of the UK.

Finally, the UK has become a laboratory of electoral systems – and there are ready means to compare and contrast ‘voter power’ and choice under each one. Scotland provides the starkest examples – a place where Labour is reduced to one MP for 24% of the votes at the general elections but secures 24 seats in the Scottish Parliament on 23% of votes. Meanwhile sustained Conservative support of 22% enables the party to form the official Opposition at Holyrood, whilst First Past the Post locks out all but one Conservative MP from Westminster despite receiving 15% of the votes.

It’s therefore perhaps not surprising how many Conservative (and indeed Labour) Members of the Scottish Parliament and Welsh Assembly Members are content with AMS, a semi-proportional system, for whom it is now the status quo. At these elections, winner-takes-all voting in English local elections was the outlier, with every voter outside Manchester in every single other election able to cast a preferential vote with ‘heart and head’, rather than being forced into tactical manoeuvring by an outdated and binary voting system.

Local elections are notoriously elusive predictors for success at the future general election. But what is obvious from these elections is voters’ continued willingness to support a wide range of parties, reflecting in part diminished loyalty to any one party or ‘tribe’. This political diversity – coupled with fairer voter systems that ensure a reasonable proportional translation of votes into seats – inevitably leads to different forms of government: with minority administrations to be formed in both Scotland and Wales.

In turn, these provide more diverse models of government – a practical alternative to the traditional power-hoarding model at Westminster. As the dust settles and judgements are made about the short-term fortunes of specific parties and personalities, these longer term trends need reflecting on too. Politics is changing in the UK – for good.

Katie Ghose is Chief Executive of the Electoral Reform Society.