Alex Parsons and Rebecca Rumbul explain that although women are more likely than expected to write to female MPs, this does not mean that they are making that decision purely based on gender; rather it may be because certain topics that are more important to them are also ones that female MPs have developed an interest in.

We’ve previously explored how we can use the website’s responsiveness survey to examine features of the electoral system. This time we’re exploring how the data from the site shows that there is a same-gender effect in constituent communication, with women being more likely than expected to write to female MPs, and men to male MPs (with the effect for women being larger). While personal information is discarded after a period, we retain some anonymised demographic features – derived gender from name and the LSOA of their original postcode. This lets us explore demographics of who the site is being used by, who is writing to different kinds of representative, and how it differs from the overall picture of users to the site.

Because we know demographic use of the site isn’t even, we use chi square tests to see if a particular subset of the data is statistically different from the general picture. From this, for instance, we learned that people writing to MPs on the site tend to be more male and writing from less deprived areas than those writing to other representatives. People writing to local councils have a roughly even gender balance and are writing from more deprived postcodes. This has also thrown up some odd effects like a gender difference in the time people write to their MPs. While generally very few people are writing to their MP at night, those who are, are disproportionately male.

Combining this data with data about the representative they’re writing to, we can examine how these factors interact. Given the overall number of men and women writing to the site, is there any effect where women were more likely to write to female representatives or men to male ones?

For the House of Commons, the analysis showed that, while female MPs received most of their messages through the platform from men (57.9%), a disproportionate number came from women compared to the number of women using the website. The difference between expected and actual was 4.8% (std. residual: 15.45). This effect was similarly true for men writing to men, but smaller – with a difference between expected and actual of 1.09% (std. residual: 7.33). This is quite a subtle effect and requires a large sample size to detect.

Looking for the same effect across all UK representatives covered by WriteToThem we found a similar effect for messages sent to Lords and councillors. For the House of Lords the effect was much larger, with a 16.7% difference between actual and expected (std. residual 14.08). For the European Parliament this also held except the effect for men writing to men is not statistically significant. There was not an effect for the devolved parliament and assemblies (but this might also reflect there were fewer messages sent to these bodies, and so we are less able to detect subtle effects).

One potential show-stopper for this analysis is how it interacts with party. While at present 32% of MPs in the House of Commons are women, this figure is propped up by the Labour Party and drops to 23% if you remove Labour MPs. So, one concern is a greater number of women writing to women might actually be detecting a ‘women are more likely to write to their MP if their MP is a Labour MP’ effect. To resolve this, we re-ran the analysis for each party in turn. This showed the effect can be seen for Labour and Conservative Parties, with the effect of women being less likely to write to men and more likely to write to women visible for the Lib Dems, with no effect for the SNP. These last two results might simply be an effect of the lower number of messages sent to MPs of these parties – making the small effect harder to detect. However, the results for the Labour Party and Conservative Party validate that this effect is not acting as a proxy for party.

The effect is evident (if small), but what does it mean? We need to examine what choices we think people are making. For the House of Lords, WriteToThem gives several options for how you can contact: interest in topic (based on speeches), connection with place, or if they share your birthday. The first option seems the most important as it gives people a list of Lords to choose from and might explain why the effect is stronger. People writing to peers on a specific topic are given the option to choose from a set – which can allow people to make choices based on gender (which people can’t do when writing to their MP).

Alternatively, this might suggest that the important aspect is the topic. Rather than this being an effect based on gender, are there certain topics that are more important to women, and that female MPs are more likely to have developed an interest and profile in? And so the effect is greater for the Lords because it facilitates this ‘person with a specific expertise’ connection?

This area of research is still in development and something we’re trying to figure out how to think about. That gender (or topic) effects are present (if small) presents a new frame for discussions of voting systems that give voters multiple options of representatives, and potential problems with the MP-constituency link when the majority of the country have only male representatives.

Alex Parsons is a Research Associate at mySociety. He holds a MSc in Democracy and Democratisation and tweets at @alexparsons.

Rebecca Rumbul is Head of Research for mySociety. She holds a PhD in politics and governance, and tweets at @RebeccaRumbul. 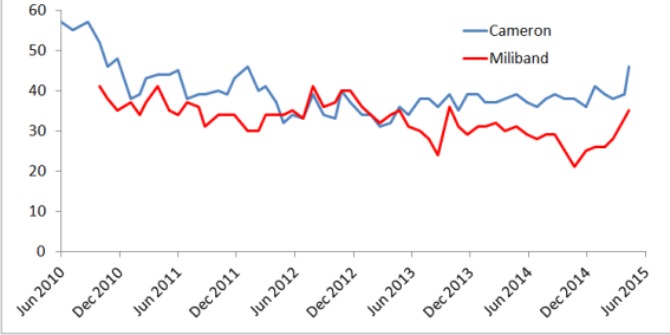