Following this week’s midterm elections, in 2019 the Democratic Party will be in the majority in the US House of Representatives. Ryan Williamson and Jamie Carson have previously argued that more moderate Democratic candidates were more likely to win House seats. Analyzing the midterm results, they find that this year Democratic candidates who were more moderate were indeed able to win back seats from incumbent conservative candidates, and were also more likely to outperform Clinton’s vote from 2016.

The 2018 midterm elections have produced a new Democratic majority in the US House of Representatives for the 116th Congress. In order to do so, the party needed to win 23 seats that were held by Republicans in the previous congress. They ultimately won 31 additional seats with 11 races still officially undecided as of November 9th.

In a previous USAPP post, we showed that more moderate candidates tended to fare better electorally than their more extreme counterparts—even after accounting for factors like partisanship, incumbency, and spending. We then argued Democrats would be more likely to regain control of the House in 2018 if their candidates staked out more moderate positions. So how did we do? Looking at who won and lost in the midterms shows that moderate candidates were able to win in districts which were themselves less polarized.

How Republican Primaries helped lead to a Democratic Majority

Anecdotally speaking, some Republican primaries may have aided a Democratic takeover of the House. In two cases, incumbent Republicans lost their primaries for not being more conservative and supportive of the president’s agenda. In North Carolina, Robert Pettinger was defeated by Mark Harris for the GOP nomination. Pettinger represented the 65th percentile of all Republicans in terms of conservatism (i.e. he was more conservative than 65 percent of his party). This allowed the Democratic challenger, a former Marine named Dan McCready, to stake out a more moderate platform. As of this writing, Harris leads by less than one percent in a district that has historically offered double-digit margins of victory to Republican candidates for federal office.

In South Carolina, Mark Sanford was ousted by Katie Arrington in the Republican primary. On Election Day, however, it was Joe Cunningham who would win the district, which marked the first time a Democrat won the seat in almost 40 years. Using NOMINATE scores (a measure of candidates’ ideologies based on their votes in Congress), we know that Sanford was in the 91st percentile of all Republicans in terms of ideological extremism. However, in response to her defeat, Arrington stated, “We lost because Mark Sanford could not understand this was about the conservative movement, and not him.”

An even more telling case occurred in Virginia’s 7th district. Four years ago, David Brat unseated then-Majority Leader Eric Cantor during the Republican primary. While in Congress, Cantor was more conservative than 56 percent of Republicans in the House. By contrast, during the last two congresses, Brat has been one of the most extreme members—more conservative than 99 percent of the party. However, Brat lost to Democrat Abigail Spanberger in a district that only offered 44 percent of its vote to Hillary Clinton in the 2016 presidential election.

How Republicans Fared Across Districts

These are anomalous cases as Republicans generally fared well in districts where President Trump did well in 2016, as Figure 1 shows. Here, we create a four-category measure of district partisanship through quartile splits using the 2016 presidential vote in each congressional district. Strong Democratic districts were in the 1st-25th quartile of vote percentage offered to Trump; weak Democratic districts were in the 26th-50th quartile, and so on. We then plot the proportion of seats retained by the incumbent party within each of these districts.

From this, we see that Republicans retained over 90 percent of the seats that offered a plurality of its vote for Donald Trump, including every seat in which the president garnered at least 58 percent. Conversely, Republicans lost about 4 of every 5 seats where Hillary Clinton won in 2016. They did not have any seats to defend in districts that offered larger shares of votes to Clinton. Furthermore, Republicans in the “Strong Republican” category were significantly more extreme than those in “Weak Republican” districts (averages of 0.53 and 0.49 respectively). Further still, the same relationship exists between those in either “weak” category. Those in Clinton districts averaged NOMINATE scores of 0.41.

This illustrates that extremism is not a penalty to those who accurately reflect the preferences of their congressional district. However, the relationship between ideology and electoral success goes beyond simple partisanship. In the 25 districts in which both a Republican representative and Hillary Clinton won in 2016, 20 of those Republicans lost in 2018. Their average NOMINATE score was 0.42, while the average score for the 5 who retained their seats is 0.37. The less extreme candidates came out on top this year.

How Democrats Improved compared to 2016

Across all districts, Democrats performed approximately 5 percentage points better than they did in 2016 races. However, that improvement in performance was not evenly enjoyed by all Democrats seeking reelection. We divided all Democrats seeking reelection into four categories again using a quartile split. Looking at the most supportive Clinton districts—where ideological extremists are least likely to be punished—we then see that the more moderate candidates were more likely to outperform Clinton’s vote from 2016. Additionally, these candidates were also best able to improve their own vote shares between 2016 and 2018. This is shown in Figures 2 and 3.

These results seem to offer support for the tactics employed by Democratic leadership—namely Steny Hoyer, the House Minority Whip —during the primary season. Hoyer drew sharp criticism from more liberal members of the party when he asked progressive candidates in the Colorado 6th and the Texas 7th to bow out in order to facilitate the nomination of more moderate candidates. In both races, Democrats were able to unseat the multi-term Republican incumbents by narrow margins, thus validating his strategy.

The 2018 elections provide additional evidence to the argument that, even in a highly polarized environment, more moderate candidates are more likely to succeed than their more extreme counterparts, regardless of partisanship. However, given the level of polarization, this dynamic does not apply to more extreme districts. This relationship will have to be taken into account for both parties when considering future House bids.

Posted In: 2018 midterm elections | Elections and party politics across the US | Jamie Carson | Ryan D. Williamson 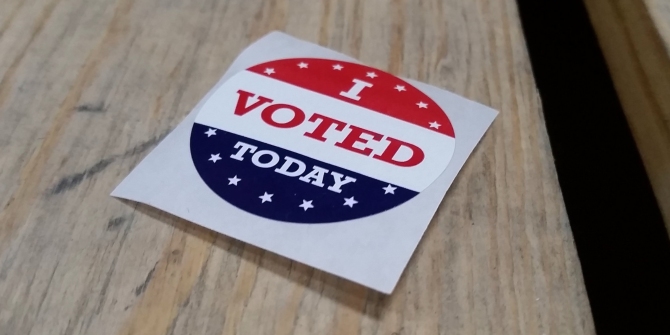 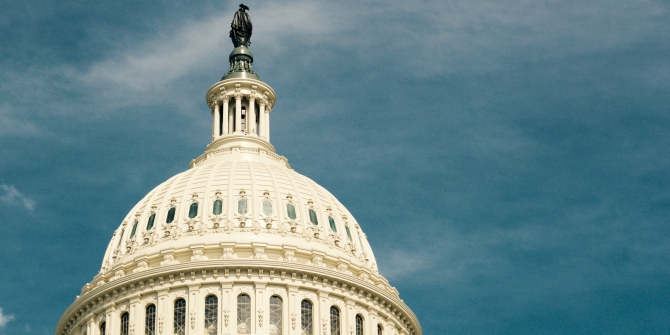 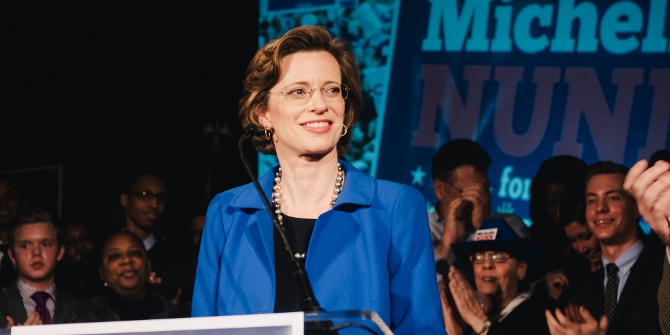 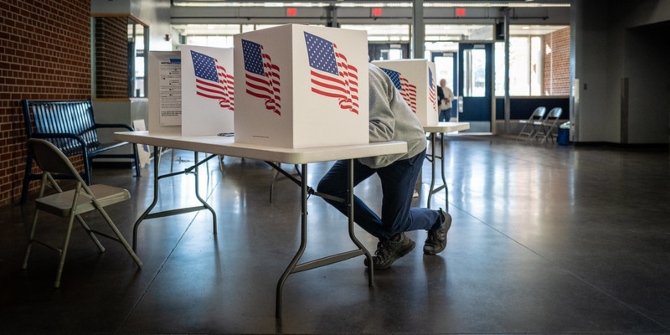