To mark 16 Days of Activism, Louise Arimatsu and Christine Chinkin recognise three human rights defenders from Honduras and Mexico who are fighting against multiple forms of gender-based violence, calling on us to critically reflect on our complicity in rights violations both as individuals and through our governments.

25 November 2019 – the International Day for the Elimination of Violence against Women – is the first day of the annual 16 days of Activism for ending gender-based violence against women. During this period campaigners organise to raise awareness of the multiple manifestations of gender-based violence that continue worldwide and call for its prevention and elimination.

Here in the UK understandings of violence against women tend to concentrate on domestic or intimate partner violence and the low prosecution and conviction rates for rape and sexual violence. They might also encompass the violence of trafficking and modern day slavery, the violence inflicted upon migrant women caught up in the nightmare of flight, a hostile immigration environment, the fear or reality of being refused asylum and returned to a place where further violence awaits. But we are perhaps less aware of the pervasiveness of other forms of gender-based violence faced daily by women around the world, the courage of those who resist it and of how the global north’s commitment to the neo-liberal political and economic order (that is also intimately connected to patriarchy and militarism) is complicit in its continuing incidence.

On 14 November Peace Brigades International hosted an event in London to celebrate the life of Sir Henry Brooke, former Lord Justice of Appeal and human rights champion, and to present awards in his name to three human rights defenders. All three recipients work to combat violence against women and to uphold the rule of law. Donald Hernandez is a lawyer from Honduras. His work involves defending those who seek to preserve their own land and way of life from usurpation and depredation by multinational corporations with the connivance of their own government. Honduras is rich in minerals – gold, iron, silver, copper, zinc and others – that the government has awarded to foreign mining companies through concession agreements and against the will of the indigenous population.

we are perhaps less aware of the pervasiveness of other forms of gender-based violence faced daily by women around the world, the courage of those who resist it and of how the global north’s commitment to the neo-liberal political and economic order is complicit in its continuing incidence

Extractive works cause pollution and destruction leading to the violation of land and livelihood rights, to internal displacement of communities and migration flows. In other areas of the country subsistence farming is destroyed through the intensive cultivation  of cash crops – genetically modified corn and sugar for bio-fuels. Local community resistance leads to criminalisation of those defending their land, for illegal association, for trespass, for criminal damage to [their own] property. Cases brought against them are long delayed, bail is denied and by the time the legal process is completed, even if acquitted, irretrievable damage has been done. Mining has commenced and the land planted for commercial gain. 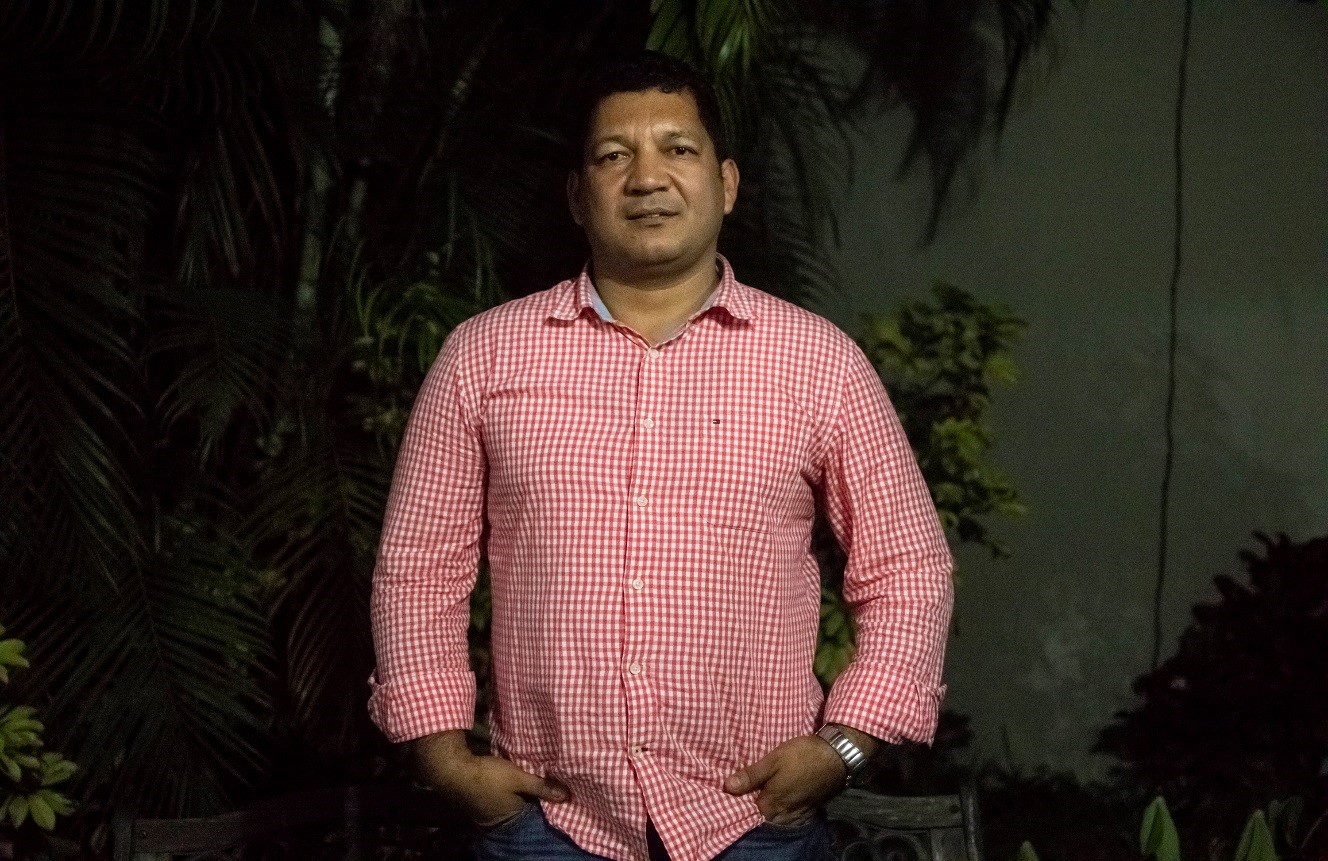 Women are among the leaders of local resistance and are also at the forefront of holding communities together and providing for their families while their male relatives are held in custody – sometimes for years. Violence pervades the whole process. In acting for these communities Donald is a human rights defender as are the very many indigenous women whose vulnerability to violence is fashioned by their resistance to environmental and livelihood destruction in the pursuit of corporate profits.

The two other recipients of the awards were Carla Palaccios and Marciela Vázquez from Ciudad Juárez in Mexico. These women live and work in an environment of extreme violence, of disappearances, torture and corrupt state security services. They are both high profile, grassroots defenders who represent the families of the disappeared or of those (women and men) whose bodies have been found tortured, asking questions, demanding answers and refusing to lie low or be silenced.

The situation in Mexico and Honduras is different but in both there is a ‘perfect storm’ of sexual violence, abduction, disappearance and murder, as well as femicide. Neither Mexico nor Honduras are regarded by the Security Council as ‘conflict-affected’ states notwithstanding the shocking levels of violence that dominate daily life and which disproportionately affects women and girls. In both countries human rights defenders are targeted by state and non-state actors. Women rights defenders and especially those from indigenous communities are disproportionately targeted. The CEDAW Committee has noted its concern about the various and increasing manifestations of violence women human rights defenders experience in Mexico. The Committee has called for effective investigation and punishment of crimes committed against those defending their right to land and natural resources in Honduras, and has called for the decriminalisation of social protest and peaceful assembly.

Carla Palaccios and Marciela Vázquez from Ciudad Juárez in Mexico

More generally the CEDAW Committee has explained how gender-based violence is exacerbated by social and environmental factors including displacement, migration, and globalisation of economic activity, conditions that are all too prevalent in both Mexico and Honduras. In both countries many people face multiple discriminations due to their gender, their age, their identification as indigenous, their displacement, or because they are poor. And in both cases perpetrator impunity is endemic.

The continuum of violence

There is a continuum between the gender-based violence experienced by indigenous women in Honduras, women maquila workers in Ciudad Juárez and the violence directed at those seeking to defend them. Their resistance, often carried out in isolated areas far from global attention, is linked to the wider world through the actions of the global corporations. This has been recognised by many human rights institutions. For instance, the Special Rapporteur on the situation of human rights defenders has highlighted the economic inequalities generated by neo-liberalism and the increased power exerted over states by “businesses, organized criminals, investors and financial institutions”  whereby “projects carried out in the name of economic development – for example, by extractive industries and agribusiness – have resulted in environmental destruction, displacement and high levels of human rights abuses and violence.” Likewise, the Committee on Economic, Social and Cultural Rights (ESCR) has recognised that certain sections of the population are disproportionately adversely affected by these exploitative business activities, especially women, children and indigenous persons.

The awards to human rights defenders in Honduras and Mexico demonstrate that resistance to corporate usurpation of land, the failure of governments to take seriously their due diligence obligations including with respect to extra-territorial corporate activities, environmental protection, fighting impunity and combating violence against women cannot be seen in separate silos. Rights violations do not happen in isolation.

International law can often seem a weak tool to fight the many harms perpetrated through corporate power and governments’ failure to respect and protect the human rights of their citizens. In both Honduras and Mexico the human rights mechanisms have been present. They have been visited by special rapporteurs, cases have been brought before the UN human rights treaty bodies and the Inter-American regional human rights machinery. The violations are evident but they continue.

The awards to human rights defenders in Honduras and Mexico demonstrate that resistance to corporate usurpation of land, the failure of governments to take seriously their due diligence obligations including with respect to extra-territorial corporate activities, environmental protection, fighting impunity and combating violence against women cannot be seen in separate silos. Rights violations do not happen in isolation

So what is to be done?

As a first step it is incumbent upon us, as academics working in the field of human rights, to make the linkages and demonstrate through solid research that what is happening in Honduras, in Mexico, in the DRC, in Guatemala is connected to the decisions that are taken in the boardrooms and in other corridors of power whether in London, Washington, Ottawa and elsewhere. We also need to challenge the siloed approach often adopted by policy-makers to tackling global problems which frequently do not reflect lived experiences. In its latest WPS resolution 2493 (2019), the Security Council rightly called on States to “create safe and enabling environments for civil society, including formal and informal community women leaders, women peacebuilders … who protect human rights”. Yet, because framed as an initiative concerned with situations of conflict and post-conflict, women human rights defenders in Honduras and Mexico are not on the Security Council’s WPS radar.

As feminist legal scholars we have an obligation to ensure that frontline defenders can access existing legal tools to hold states accountable for failing to meet their minimum legal obligations.  We need to think imaginatively and provide additional entry points to more effectively ensure that civil society groups and human rights champions are able to harness the law to protect their land, natural resources, the environment for their communities and generations to come.

Amidst the violence of the everyday, what unites Donald, Carla, Marciela and, for that matter, all rights defenders is the belief that alternative futures are attainable. The 16 Days of Activism provides each of us the opportunity to critically reflect on our complicity in rights violations, in perpetuating violence, including violence against women, locally and globally, as individuals and through our governments. It is also a period in which we should take action, even if it is simply to draw attention to a situation that might otherwise go unnoticed. That is the least we owe to Donald, Carla and Marciela and all those they are defending.

This blog is part of a project that has received funding from the European Research Council (ERC) under the European Union’s Horizon 2020 research and innovation programme (Grant agreement No. 786494).