Mathematician Bernhard von Stengel (LSE) uses game theory to consider how a second Brexit referendum with more than two choices could be run, and how the counting-rule chosen for any multiple-choice ballot can determine the outcome.

If you favour a second referendum on Brexit (a prospect that is now, in early 2019, receding), you should not only think of what you should ask the people, but how you would reconcile their choices. This is a central question of Mathematical Social Choice, with it attempts to answer since the middle ages. The question becomes interesting when there are more than two choices on the ballot paper. Suppose the choices are: 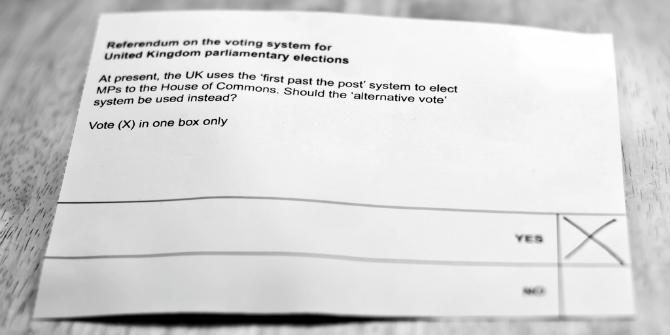 The rule seems clear and fair enough, but it has its problems. The main problem is called strategic voting which means that voters have an incentive to misstate their true preference. Namely, the minority (of people who chose ‘D’) now have in effect the casting choice between two polarised outcomes. If the above preferences were known (supported by opinion polls, say), then an ‘N’ voter as above would have an incentive to misstate their preference instead as 1=D 2=N 3=R (that is, swap their first and second choices), to let N become the decisive minority with 2 out of 9, after D which now has three out of nine first choices. The other 2 N voters would both choose D and create the final vote 4 R versus 5 D, meaning to the leave the EU with a deal. While it remains doubtful that voters are that strategic, it would, on the other hand, create an incentive to be a bit more moderate. However, not all voting rules favour R for the above voter preferences.

Here, two-thirds of voters prefer R over D, two-thirds prefer D over N, and two-thirds prefer N over R. Such voter preferences may not be realistic, but who knows? The fact that they are theoretically unavoidable for any reasonable voting system is known as ‘Arrow’s Impossibility Theorem’, after the economist Kenneth Arrow (1921–2017). 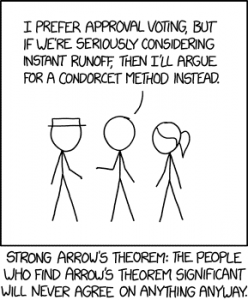 The post was first published on LSE Department of Mathematics Research blog. It gives the views of the author, not the position of LSE Brexit or the London School of Economics. Image by CGP Grey,(CC BY 2.0).

Bernhard von Stengel is a Professor of Mathematics at the London School of Economics. He teaches discrete mathematics, optimisation and game theory at LSE. He tweets as @bvonstengel. 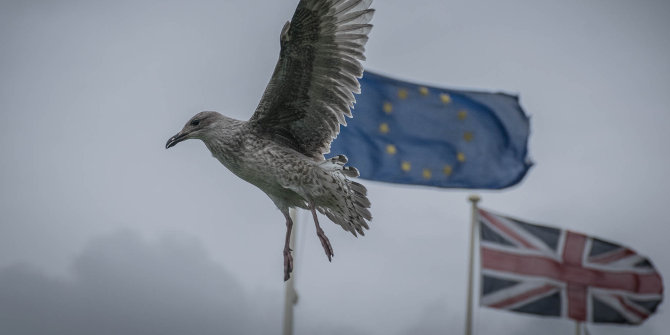