In case you are still wondering how to weigh up the main arguments, here is a handy guide prepared by the EUROPP editorial team, summarising our coverage ahead of the EU referendum. Below you can find our experts’ opinions on each of the main topics of the campaign, as well as analysis of how people are likely to make their decision. Read more articles on the #EURef here.

Wondering where to find prompt and accessible analysis of the results of the referendum as they unfold? Follow the LSE Referendum Night by tuning into the #LSEBrexitVote live blog, a cooperation among LSE Brexit Vote, LSE EUROPP and LSE British Politics and Policy.

Immigration has undoubtedly been one of the main issues in the campaign, but what would immigration policy look like after a Brexit?

Madeleine Sumption envisages two post-Brexit scenarios: if the UK were to follow in Norway’s and Switzerland’s footsteps by signing an association agreement that included free movement, the impact on EU migration would be limited, whereas in the absence of such an agreement EU citizens could face the same restrictions as non-EU citizens. She suggests that while this latter option might reduce immigration, it could also generate other problems for the UK.

Jonathan Portes points out that the UK would still need to solve the issue of single market access following Brexit, which could mean agreeing to the continuation of free movement. He writes that on the whole, there is evidence showing that immigration has been a good thing for the UK in recent decades, but that like any policy there are winners and losers within different groups of citizens.

One model which has been put forward as a possible alternative to free movement rules is a points-based visa system, as used in Australia and Canada. While there are pros and cons to adopting such a system in principle, Randall Hansen suggests that simply using the Australian or Canadian models is unlikely to be appropriate for the specific circumstances in the UK.

Alongside immigration, the other major issue in the campaign has been the effect that Brexit would have on the UK’s economy.

Outlining the case for a Brexit, Kent Matthews argues that leaving the EU could lower prices for consumers, reduce the regulatory burden for UK businesses, and allow the UK to redirect the money it pays into the EU budget toward more pressing priorities. Patrick Minford, one of the leading figures in the ‘Economists for Brexit’ group, has also previously presented an economic argument for leaving, written in the aftermath of the Eurozone crisis.

The team at the LSE’s Centre for Economic Performance have argued against this analysis. Their study, based on a ‘pessimistic’ and ‘optimistic’ scenario following a Brexit, indicates that leaving the EU could reduce UK income by between 6.3 and 9.5%.

Meanwhile LSE’s Iain Begg has assessed which side of the debate we should believe on the economy, focusing on the analysis put out by the Treasury. He writes that there are reasons to conclude that both the Treasury and Economists for Brexit are overstating their case on the costs and benefits of leaving the EU.

Finally, Swati Dhingra writes that the uncertainty caused by the EU referendum has already had a negative effect on the UK economy and that a Remain victory in itself is not a guarantee of a swift recovery. A strong response will be needed by the government to reassure investors and businesses in the aftermath of the vote.

Another frequent topic in the campaign has been the nature of the EU’s decision-making process and what this means for British democracy. On the wider picture, the team at Democratic Audit have looked in detail at how the EU (as well as other international organisations) influences UK democracy and what the likely trajectory is for this relationship should the UK opt to remain in the EU.

On the process itself, Simon Hix has examined the criticism that ‘unelected bureaucrats’ have too much power within the EU’s legislative process. He writes that while there are legitimate problems with the EU’s system of democracy, there is little to justify the idea that the EU is run by unelected bureaucrats, and the procedures in place for appointing the Commission are now far more democratic than they were in the past.

Finally, we featured an interview by our editor with former Greek finance minister Yanis Varoufakis, who is a prominent critic of EU democracy. He argued that although the EU is undemocratic in his view, the UK should “stay in the EU to fight tooth and nail against the EU’s anti-democratic institutions”. Comparisons with Greece provided further food for thought: Kevin Featherstone found parallels between the referendum’s campaign with the one that took place ahead of the 2015 Greek bailout referendum, warning against the risk of emotional appeals prevailing over economic evidence.

How influential is the UK within the EU?

The extent to which the UK has been successful at influencing EU decisions is also a key area of disagreement between the two campaigns. LSE’s Simon Hix has produced a series of articles on this question, focusing on how well the UK government does in negotiations in the Council of the European Union and the European Council, as well as how effective British MEPs are in the European Parliament.

He finds a mixed picture overall. On the one hand, the UK’s ideal position is closer to the final outcome of EU negotiations, on average, than almost all other EU states. The UK is also well connected, as it is the state other countries cooperate with most frequently in negotiations. But the UK has also been on the losing side of votes more often than any other country during the period in which David Cameron has been Prime Minister. LSE’s Sara Hagemann, Sara Hobolt and Christopher Wratil suggest this may be because the government wishes to signal its opposition to its domestic audience back home when it disagrees with a particular policy.

Other issues: The environment and the view from elsewhere in Europe

Although the economy and immigration have dominated the campaign, EU membership also affects other issues. The environment is an obvious example as the EU has been particularly active in efforts to tackle environmental damage in Europe and reach a global agreement on climate change. Sebastian Oberthür has provided a comprehensive overview of what a Brexit could mean in this area.

And a Brexit would also have an impact on the rest of the EU. The UK has been one of the key players in EU foreign policy. Pol Morillas has assessed what a Brexit would mean in this area, particularly in terms of the new ‘Global Strategy’ that is supposed to be submitted to the European Council by High Representative Federica Mogherini later this month. We have also featured the views of a number of European Ambassadors to the UK, who have presented their take on the referendum in the final month of the campaign.

What happens after the referendum: three scenarios

Our editors compiled the paper on the remain vote, while LSE’s Swati Dhingra presented an analysis of the ‘soft’ Brexit scenario, and LSE’s Tim Oliver wrote on what a ‘harsh’ Brexit could entail.

How do voters make their choice?

Finally, there have been a number of articles on how voters make their choice and what we might expect from the results. Laura Cram and Clare Llewellyn have produced some highly detailed research on how discussions on Twitter have taken place during the referendum campaign. They show that while Leave supporters continue to have a much more visible presence on Twitter, this balance has shifted with pro-Remain tweets becoming more frequent in the latter stages of the campaign. This could indicate the presence of silent or ‘reluctant’ Remain supporters that have the potential to influence the final outcome of the vote.

A unique survey of 3,000 British voters, arranged by Sara Hobolt, Thomas Leeper and James Tilley, also gives an insight into how people have made up their minds during the campaign. They show that although most media coverage has focused on the views of high profile politicians and experts, social identity ‘cues’, such as telling voters they belong to a group more likely to back Leave or Remain, has a clear impact on their opinions about the referendum. As such while the electorate may be fed up with politicians, they are likely to listen to ‘people like them’ in forming their final voting choice. 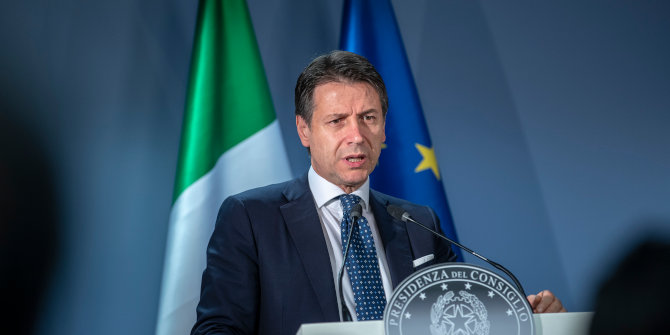 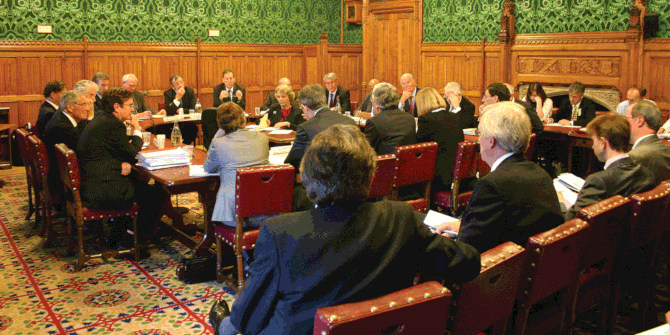