In Politics against Domination, Ian Shapiro proposes non-domination as the guiding value for justice, argues that it is best supported by democracy and speculates about measures to realise it across borders. Shapiro evidences his insight and wisdom as a renowned political theorist in this account, but the work may not fully convince those who view non-domination as one, albeit important, value among others, writes Alex Sager.

In Politics against Domination, Ian Shapiro joins the throng of political theorists who propose non-domination as the guiding value for justice. He puts forward an account of non-domination, argues that it is best supported by democracy and speculates about measures to realise it across borders. Against accounts of justice that articulate ideal institutions and eschew explicit discussions of power, Shapiro endorses a pragmatic, experimental approach to political theory: politics is about adapting to circumstances, making trade-offs between scarce resources and muddling along as best we can.

For Shapiro, non-domination is what Ludwig Wittgenstein dubbed a family resemblance concept. Domination is best analysed in particular contexts and its instances share features, rather than meet necessary and sufficient conditions. In Shapiro’s account, domination involves the illicit use of power to control other people’s choices. It results in a loss of freedom caused by avoidable, human action. Forms of domination that affect people’s basic interests – e.g. access to security, nutrition, health and education (all necessary to participate in the economy and democratic politics) – are worse than others. Unlike his implicit (and sometimes explicit) foil Philip Pettit, who makes non-domination the central component of a comprehensive theory of freedom, Shapiro analyses domination as it arises in particular, human relationships.

The desire to avoid domination appeals to the ‘reactive character of the human condition’ (4): people are quick to identify oppression, even in the absence of a clear alternative. Resistance to domination is a useful focal point for political reform, allowing for action without needing to resolve broader disputes about theories of justice. Non-domination is also closely tied to the management of power relations, which Shapiro takes as the essence of politics. 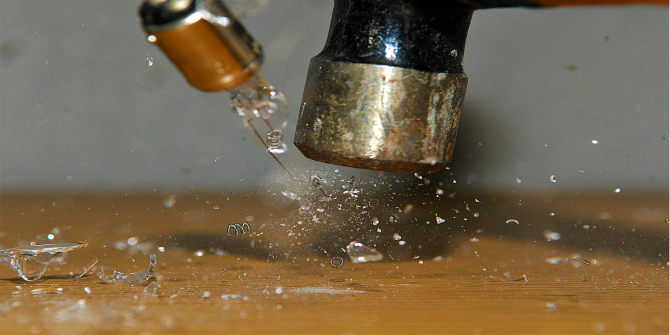 The first four chapters of Politics against Domination defend democratic institutions as the best hope for mitigating domination. Against Pettit, who proposes republican institutions such as separation of powers, judicial review and supermajority requirements as the best hope for ensuring non-domination, Shapiro endorses competitive democracy and majoritarianism. For all its flaws, majoritarian democracy is the best system we have found for holding governments accountable and for combating domination at the national level (177). Properly structured, it allows for the suppression of factions and for the bundling of divisible goods to avoid instability and conflict. Shapiro’s defence of democracy over republicanism is empirical. The role of the judiciary in protecting minority rights is overstated as judges usually endorse the values of dominant groups. Moreover, the veto powers advocated by republicans entrench the status quo and work in the interests of powerful actors who possess resources to effectively manipulate the system.

In the second part of the book, Shapiro turns to questions about domination across borders. In Chapter Five, he rejects world government as neither feasible nor likely to ameliorate injustice better than a system of nation-states. Instead, he advocates more focused, immediate goals, in particular a global minimum wage, which he sees as a potentially major benefit for some of the world’s most vulnerable people. The sixth chapter deals with aggression across borders, adopting George Kennan’s doctrine of containment. Shapiro believes this provides a principled yet strategic outlook that could have avoided the disastrous US interventions in Afghanistan, Iraq and Libya.

In many respects, Politics against Domination is a hodgepodge of Shapiro’s earlier writings. His attempt to base justice on non-domination draws heavily on the recent articles, ‘On Non-Domination’ (2012) and ‘Against Impartiality’ (2015). Shapiro’s case for majoritarian democracy will also be familiar to readers of Democratic Justice (1999) and the essays in The State of Democratic Theory (2003) and The Real World of Democracy Theory (2011). His views on containment were laid out in Containment: Rebuilding a Strategy against Global Terror (2008)

Shapiro is a delightfully pugnacious writer, and readers will find much to argue with. Political philosophers will dispute the role of non-domination as the basis for political analysis and argument. Republican and deliberative democratic theorists no doubt will take issue with his claim that competitive, majoritarian democracy best mitigates domination. Global justice theorists can dispute his analogy between chattel slavery and low-wage work, and question his conviction that reform to international working standards can – or should – come from coordinated efforts among powerful, developed countries (130).

Shapiro’s account of containment also depends on controversial assumptions about the nature of the international sphere. He dismisses debates between realists who see the global system as anarchy and liberals who stress the role of norms and institutions in regulating it (178). This deprives him of effective resources for non-domination in the global sphere, other than world government or hegemony led by a powerful state (or states). To support his position, Shapiro draws heavily on the first Iraq War and the response to Russia’s annexation of Crimea (150-52). Even if we accept his analysis of these two examples, his account relies on the possibility that the United States will assume moral leadership while intervening on the world stage. The historical record here is not reassuring.

More generally, there is a tension between Shapiro’s insistence on non-domination as the fundamental political value and the pragmatism and particularism of his approach. Does non-domination provide a moral vision to guide us in thinking about the legitimate structure of democratic institutions, global inequality and foreign military intervention? Family resemblance concepts have the drawback of imprecision outside of particular contexts. It is not entirely clear what the diverse types of domination by national governments, corporations, foreign states and social and economic institutions, such as patriarchy or racism, have in common.

Shapiro stresses the reactive nature of non-domination: people are motivated in particular circumstances by the illicit use of power to constrain their choices and their access to basic resources. The worry is that insistence on non-domination as the fundamental value adds relatively little guidance. Why should we conclude that people necessarily (or should) react to domination as opposed to other harms or wrongs? For example, does the addition of non-domination as a moral principle offer any more moral guidance to a strategy of containment? Or is it sufficient to abhor violence, but insist on the unpredictable and often uncontrollable side effects of intervention? Is domination by corporate and other elites what most ails workers campaigning against poorly remunerated work in dangerous and debilitating conditions? Or is the fundamental impulse in these campaigns a desire for equality? Shapiro provides little grounds for disputing those who see non-domination as one, albeit important, value among others. The most straightforward approach for a pragmatist is to insist on a plurality of values where their priority and importance vary according to context.

In Politics against Domination, Shapiro sets himself the task of presenting a unified theory of political morality while maintaining attention to context. But his place as one of our leading political theorists is largely due to his pragmatism, his engagement with the empirical literature and his refusal to follow systems to the detriment of experience, evidence and good sense. Politics against Non-Domination contains the insight and wisdom of decades of careful reflection on politics, but ultimately falls short as an exercise in half-hearted system building.

Alex Sager is Associate Professor of Philosophy and University Studies at Portland State University. He blogs at https://alexsager.blogspot.com/ Follow him on Twitter: @aesager.