The peculiar joylessness of neuroparenting

The peculiar joylessness of neuroparenting 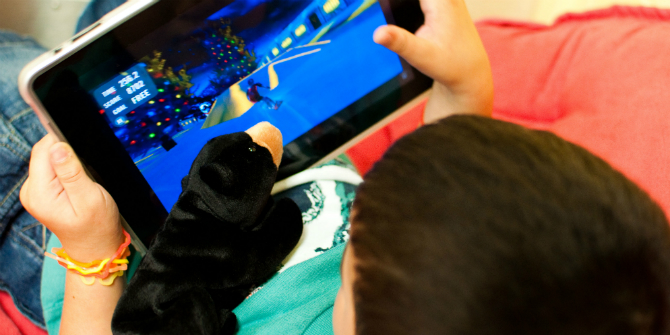 Jan Macvarish interrogates the ‘new’ science of neuroparenting, and the idea that parents are the ‘architects’ of their babies’ brains and therefore of their future happiness and life chances. She argues that this assumption has a persistent cultural and political power, and explores the role of expert advice and parental instincts. Jan is a researcher and lecturer with the Centre for Parenting Culture Studies, University of Kent. Her research interests are located in sociology, and social and health policy. [Header image credit: M. Holtsman, CC BY-NC 2.0]

Over the past 20 years, American parents have become familiar with the claim that babies’ brains, while wondrously fast-growing, are also incredibly vulnerable to ‘environmental’ influences. And it is parents themselves who are usually identified as the prime source of ‘environmental’ risk. Here in the UK, what I call ‘neuroparenting’ appeared a little later, but has been vigorously promoted in policy discourse since the mid-2000s.

Neuroparenting is a way of thinking which claims that ‘we now know’ (by implication, once and for all) how children ought to be raised. The basis for this final achievement of certainty when it comes to childrearing is said to lie in discoveries, made through neuroscience, about the development of the infant brain. Back in January 2016, former British Prime Minister David Cameron gave a speech entitled ‘Life chances’ in which he argued for parenting classes for all parents on the grounds that:

When neuroscience shows us the pivotal importance of the first few years of life in determining the adults we become, we must think much more radically about improving family life and the early years.

Using the scientific-sounding vocabulary of ‘neuroparenting’, he went on to state that:

… the vast majority of the synapses, the billions of connections that carry information through our brains, develop in the first two years. Destinies can be altered for good or ill in this window of opportunity.

The window for nurture

As I discuss in my book, Neuroparenting: The expert invasion of family life, despite significant challenges to the claim that ‘the first years last for ever’¹, the idea that parents are the ‘architects’ of their babies’ brains and therefore of their future happiness and life chances has a persistent cultural and political power.

In fact, Cameron was relatively late to join what has been called the ‘first three years movement’, a political agenda formed around early intervention that borrows the authority of neuroscience. Anyone working in early years education, maternal and child health, social services, local government and even the police has already been instructed in the policy tenets of neuroparenting: ‘we now know’ that the years 0 to 3, 0 to 2 or minus 9 months to 1 represent a ‘window of opportunity’ for cost-effective state action. The urgent case for policy action to ‘improve parenting’ will probably have been emphasised using an image of two brains, one ‘normal’, the other smaller and containing ‘black holes’, with the accompanying explanation that the normal-sized brain is the product of parental love and the shrivelled one the product of parental neglect, an explanation that has, nonetheless, been challenged many times.

Advice from the professionals

The revised American Academy of Pediatrics (AAP) guidelines on family screen time may not make explicit reference to children’s brains, but there is an implicit assumption behind them that everyday parental decisions have serious ramifications for child development, and therefore require expert guidance. This echoes the same dramatising trope that runs through neuroparenting and rests on prior concerns about the effect of screens on young brains. That medical professionals feel it is their duty to stretch their expertise into the normal functioning of family life relies on a construction of the home as a high-risk environment where threats to brain development are commonplace. That parents are unreliable risk-managers unless explicitly guided by external intervention is also to be assumed.

Just as in explicit neuroparenting the inevitable uncertainty that accompanies having a baby is assumed to be so disorienting that new parents require intimate guidance, not just in the practical care of a newborn but in the appropriate emotional dispositions that must be adopted in order to ‘bond’ with and ‘stimulate’ the infant brain, so the AAP assumes that being the first generation of parents to guide children through the digital world must also require a medicalised intervention, albeit in the faceless form of the Family Media Plan interface.

I would suggest that the new AAP screen time guidelines are, in fact, no more ‘real world’ than previous iterations, as Sonia Livingstone has argued in a previous post. We can see this if we try to consider their operation in an actual family home. Should the mother of a four-year-old and a one-year-old exclude the younger child from the living room when the older one is watching his daily prescribed dose of ‘high quality programming’? If a dad is watching football on a Saturday afternoon, must he exclude both children from the room lest their brains receive sub-optimising media input? When older cousins come to stay, can all the children watch a Disney movie together or must each child stick to their own schedule and content requirements?

As the fascinating research of the Parenting for a Digital Future project shows, lay people may express a desire for guidance, but they are, in fact, far more sensitive to the problems and benefits of new technology than the experts. This is because they are negotiating the real-world experiences and dilemmas thrown up by taking direct responsibility for raising the next generation. Unfortunately, the expert worldview is a powerful one, and its most pernicious effect is to increase parental anxiety, as it continually reacts to new phenomena by framing them as social problems. The rigidity of expert thinking, rooted in a specialist knowledge of a narrow aspect of human functioning (the brain, for example), means it necessarily struggles when faced with the complexity of human experience in the round. This is why nurturing the incredible dynamism and appetite for the new shown by young children is a task best left to parents, whose intimate knowledge of their particular child will always trump the expertise of those who can only compare that child to the existing abstractions of the child in general. 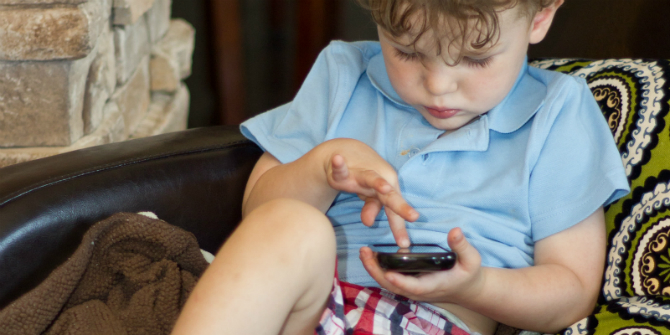