The Department for Education’s consultation on changes to teaching on sex and relationship education and Personal, Social and Health Education (PSHE) recently closed. LSE’s Professor Sonia Livingstone and MSc Media Communications Governance student DaYoung Yoo give their view on what the Department should do as it considers how to improve PSHE, arguing that the digital must be a dimension of all teaching.

The Department for Education is consulting on how to amend the Sex and Relationship guidance to schools. After much argumentation and campaigning, the Children and Social Work Act 2017 now requires the Secretary of State for Education to establish Relationship Education as a mandatory subject in all primary schools and Relationship and Sex Education (RSE) as a compulsory subject in all secondary schools, whilst ensuring parents’ right to withdraw their child(ren) from the sex education within RSE. Under the Act, the Secretary of State also has the power to mandate Personal, Social, Health and Economic Education (PSHE), or elements of the subject, in all schools.

RSE has not been formally revised since 2000, and this decision recognises that today children are growing up in a world where the internet affords both opportunities and risks. So the Department for Education’s consultation survey questionnaire states that it is:

“particularly interested in understanding … views on Relationships Education and RSE which are specific to the digital context”.

We strongly support the Department’s decision to make RSE compulsory and to address the new challenges posed by digital media. Informed by our recent evidence reviews (on gender-based violence here, on sexual risks and rights here, and on children’s online risks here), we argue that schools play a crucial role in educating children about relationship and sex because:

We also urge that sex education should begin earlier than 11, given that emerging problems such as online grooming, sexting and cyberbullying now affect younger as well as older children as children gain personalised internet access at ever younger ages. Despite a minimum age of 13, more than half of 11 year-olds and 12 year-olds (62% and 69% respectively) have a Facebook profile (not to mention the many other social media platforms, often with sexual content and contact that parents may not know about). Research shows that 40% of children remove privacy settings to attract more friends or followers.

More importantly, we assert that the digital must be a dimension of all teaching since the risks on digital platforms are increasingly present in children’s lives, including when they are learning or seeking information. Such teaching should develop children’s digital resilience, including their critical ability and technical competency rather than taking a predominantly restrictive approach to online safety (which, too often, results in children becoming secretive about the ‘forbidden fruit’ adults warn them of).

Digital literacy is essential for children to participate and make informed decisions in the digital world. The Lords Select Committee on Communications emphasises in its 2017 report that

We propose these specific topics and issues as vital:

In suggesting these improvements, it is striking that we have drawn on evidence of problems, including online risks, but we found little evidence of what works. Specifically, there has been lack of UK independent evaluation of existing and prior initiatives. It has recently been noted that the Office for Standards in Education’s (Ofsted) inspection regime has “fatally neglected” RSE. Yet at a time of fast-changing digital pressures and problems, updated knowledge of effective educational strategies is crucial.

Almost three-quarters of pupils say they would “be safer if they had age-appropriate RSE in school”. We agree, and urge that the process of building up children’s sense of security and reinforcing their confidence and competence in utilising digital media to interact with others and building relationships must begin as early as they begin forming relationships and using the internet.

This text was originally published on the Media Policy Project Blog and has been re-posted with permission. 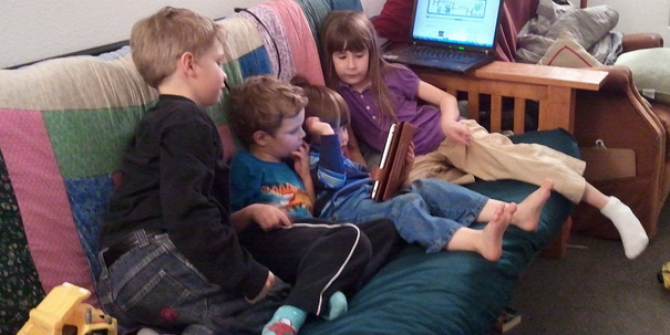