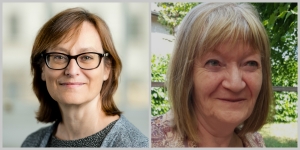 As Europe’s September season of children’s film festivals approaches, with events scheduled in Denmark, Germany, Norway, Poland and Ukraine, producers of animation for children are also preparing to pitch to international partners at the Cartoon Forum in the French city of Toulouse. How many of the films screened and how many pitches will reflect the increasing diversity of children in Europe in the wake of forced migration flows in recent years? This post reflects on issues affecting media representations of children arriving from outside Europe that were uncovered by a year-long dialogue between media practitioners and experts from European and Arab countries. It is written by Jeanette Steemers, Professor of Culture, Media and Creative Industries at King’s College London, and Naomi Sakr, Professor of Media Policy at the University of Westminster’s Communication and Media Research Institute (CAMRI). [Header image credit: L. Royal, CC BY-NC-ND 2.0]

Policies on diversity developed by public service media operators nationally and collectively, including through the Intercultural and Diversity TV Group in the European Broadcasting Union (EBU), have been put to the test by Europe’s recent changing demographics and are continuing to evolve [1]. What emerged from a series of dialogues with professionals at the front line of making content for under-12s was that, for all the public awareness of immigration and growing media recognition of the multiple identity markers that matter alongside immigration status and ethnicity, producers of potentially innovative material are held back by an institutional failure to see how immigration issues intersect with children’s media. Despite such difficulties, it was found that good practice and expertise still exists in Europe’s public service media environments.

A year-long dialogue between European and Arab practitioners

The dialogues took place as part of a project funded by the UK’s Arts & Humanities Research Council (AHRC) aimed at sharing findings from an earlier AHRC study (2013-16), which had focused on children’s screen media in Arabic-speaking countries. With so many Arab families having fled to Germany, Sweden, the Netherlands, Denmark and elsewhere to escape violence at home, the project afforded a rare opportunity for media executives, creatives and child advocates from Arab countries (Egypt, Jordan, Lebanon, Palestine, Syria) – some of them former refugees now working in Europe – to give feedback on samples of children’s content appearing on European screens.

The exchanges with colleagues working in European bodies took place at three workshops and a symposium held during 2017-2018, attended by more than 150 people. Workshops were attached to events in the children’s media calendar: the Children’s Global Media Summit hosted by the BBC in Salford; Copenhagen’s International Documentary Film Festival, CPH: DOX; and the Prix Jeunesse TV festival in Munich. We presented a Project Report to Stakeholders at the symposium in London in September 2018 and amalgamated all project findings and recommendations into a Consolidated Report on the project website.

Constraints on commissioning and distribution

Almost by definition, workshop participants were individuals who were motivated to consider and respond to young children’s media needs in the face of mass population movements and political upheaval. A significant number had been involved in producing one of the 36 films and TV shows (from 12 countries) from which we selected clips to prompt discussion around specific themes. Genres included drama, reality storytelling, documentary, news and ‘infotainment’. Barely had the debates begun than revelations emerged as to how hard it is to make children’s entertainment that, to quote one producer, “look[s] away from the glitzy homogenized Hollywood view of media” and instead looks at “real stories that matter to us… that exist around the world”.

Real stories matter because young children are known to be anxious about world affairs and rarely get glimpses into the normality of their counterparts’ lives in places with other cultures and traditions. Not only is it hard to obtain commissions and funding for such content, requiring inexhaustible reserves of patience and perseverance, but media teams seeking access to families and schools around the world can come up against a myriad of budget-stretching challenges, from ‘obdurate officialdom’ to natural disasters. Even productions featuring children from diverse backgrounds in Europe face difficulties in casting child actors from ethnic minorities. These difficulties increase for women and girls, often because of resistance from families. Fourteen shows in our content sample featured boys in the main roles, compared with only eight with main roles for girls.

Yet refugee children’s online feedback to successful shows such as Germany’s award-winning non-fiction format Berlin and Us confirms that children miss seeing their experience reflected on screen. Similarly, Ofcom reported in 2017 that 35 per cent of UK children aged 8-11 felt there were not enough programmes showing children who look like them. Current trends militate against this – public service media organisations with mandates to achieve diversity are under funding pressure, while children turn increasingly to online provision by transnational operators with no such mandates. Nevertheless, as workshop participants discovered through examples such as the Flemish short-form ‘tween’ drama 4eVeR, and Danish web series Hassan and Ramadan, public service initiatives can achieve notable success online.

Workshop exchanges indicated that more opportunities are needed for critical open discussion about children’s content, beyond industry events which reward competition and confidentiality. One topic ripe for further scrutiny is the level of ethnic and socio-economic diversity of Europe’s media workforce. The phenomenon of recruits having limited or no experience of different cultures or lifestyles compounds the perennial problem of adults assuming that they know what children think or feel; as a producer of German drama series Dschermeni noted, children see migration differently from adults and are more open to becoming friends. A Dutch producer said of her film about boys from diverse ethnicities in the harbour district of Rotterdam that she had wanted to focus on “friendship in times of polarisation”.

Arab participants’ perspectives on some of the programme samples stimulated constructive contemplation of fine lines between sensationalising children’s experiences of forced migration and fostering a sense of curiosity about, and respect for, ‘their culture, their music, their literature, their stories’ or the living standards they have lost through becoming refugees. Workshop debates also suggested that producers should not shy away from engaging with religion. Many agreed it can be challenging to do so without stereotyping or judging, but argued that religion is what one called ‘a normal part of life’ for many children, whether born inside or outside Europe.

Contributions to the year-long dialogue demonstrated that relevant expertise and good practice exists in Europe’s public service media environments. Dutch documentaries and TV series made with refugee children’s participation won admiration and the EBU’s drama exchange, which had ‘Message in a Bottle’ as its theme in 2014-18, facilitated three films – made in Serbia, Slovenia and Wales – featuring refugee children as resourceful and conscientious. But the dialogue also showed that these are pockets of practice in a landscape where budget-holders, fearful of online competition, tend to go for what one producer called the ‘lowest common denominator’, turning TV into a ‘candy store’.

Screen Media for Arab and European Children: Policy and Production Encounters in the Multiplatform Era (Palgrave) by Naomi Sakr and Jeanette Steemers will be published in 2019.

[1] The EBU group released a new e-learning toolkit for reporting on migration to mark World Refugee Day on 20 June. Belgium’s Flemish public service media provider, VRT, is required to ensure that “new Flemings” (people with a parent born outside the pre-2004 EU) have at least 7.5 per cent representation on screen by 2020 in programmes made or commissioned by VRT, and at least 4 per cent off-screen.