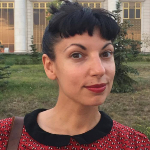 How can we help young children make sense of long-term separations from friends or family who are self-isolating when we ourselves don’t know how long the current situation will last? For www.parenting.digital, Meghanne Barker writes about her research on children living in state-run group care in Kazakhstan and how routine acts of symbolic play can help children gain a sense of control and predictability in a situation full of unknowns.

It is the spring of 2020 and Anna, a three-year-old living in New Jersey, has a meltdown. “When can we have a grammie day?” she demands, in tears. Her mother, my friend Amy, is an elementary school principal, yet her daughter’s question stumps her. Anna had been sick with strep throat but is feeling better, so she does not understand why she cannot see her grammie who lives not far away and who usually takes care of her when she is not at preschool. If Anna’s recovery hasn’t made this meeting possible, when is it going to be possible? During a time when the area is hard hit by COVID-19 cases, Amy’s mother does not want to take any chances. Anna and grammie had a video call but this failed to satisfy Anna’s desire for a grammie day or to dispel the uncertainty surrounding their reunion.

Guardians, educators, and researchers are continually learning how to make use of new technologies to help children connect effectively with loved ones from whom they are separated – whether working to connect children in care with families, to understand young children’s use of digital environments, or to maintain intergenerational bonds for transnational families. When I heard of Anna’s story, I thought of the children of Hope House in Kazakhstan where I did my dissertation research between 2012 and 2014. The children at Hope House reminded me of the usefulness of simple games, stories and rituals that can give children (and adults) a sense of regularity and control. This is not to argue that an imaginary grammie (or mummy) is better than a digital one but to suggest that they can both help children in different ways, especially if they are missing someone during an ‘indefinite’ period of lockdowns and social distancing. 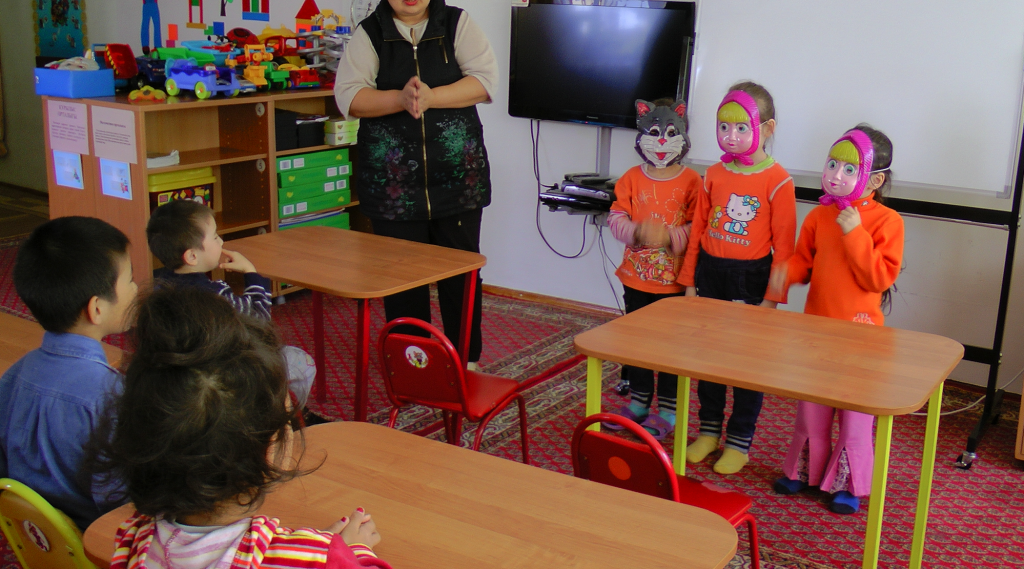 Aina came to live in Hope House before her first birthday. Her mother promised to return before Aina was old enough to start school at the age of 7. In the meantime, Aina saw and heard very little from her. Parents could visit their children during set hours but Aina’s mother lived and worked in another town and could visit only every few months. Teachers kept in touch with parents primarily via text messages and sometimes through quick calls, but I never saw any parent-child video calls.

Teachers rarely spoke directly about the children’s loss for they avoided topics that might make the children sad. However, they used fantasy play to remind the children that their parents were going to return, that the children would, eventually, go home with them. They incorporated simple narratives about the parents into lessons on language and arithmetic and children played games of ‘parenting’ on their own.

A favourite game was acting out the fairy tale of The Wolf and the Seven Young Goats: a mother goat leaves her children at home while she looks for food. A wolf comes along and takes all but one of the young goats. When the mother arrives home, the uncaptured kid relates the horrors of what happened. Then the mother finds the wolf and saves her kids. The children would play this game of loss and recovery over and over again. Aina, a natural leader in her group, frequently played the mother goat, bravely saving her kids from the wolf. The parallels between the game and the children’s own struggles were striking, as they enacted the scene of the kids being saved.

I noticed that this is a frequent structure in play and fantasy. At my second field site, adults offered children similar narratives on the puppet stage, such as when a dog gets lost and is taken in by a new owner, before finding her way back to her first home. At the Barnard Center for Toddler Development, where I worked before I started grad school, teachers drew from theories of attachment to aid children and parents process separation and reunion. These plots loosely follow the Fort-Da game Freud observed his young relative playing – hiding a toy to process his mother’s unwanted absence from him. Games and narratives help children make sense of loss and absence by giving them control over what is happening, bringing order to confusing circumstances. 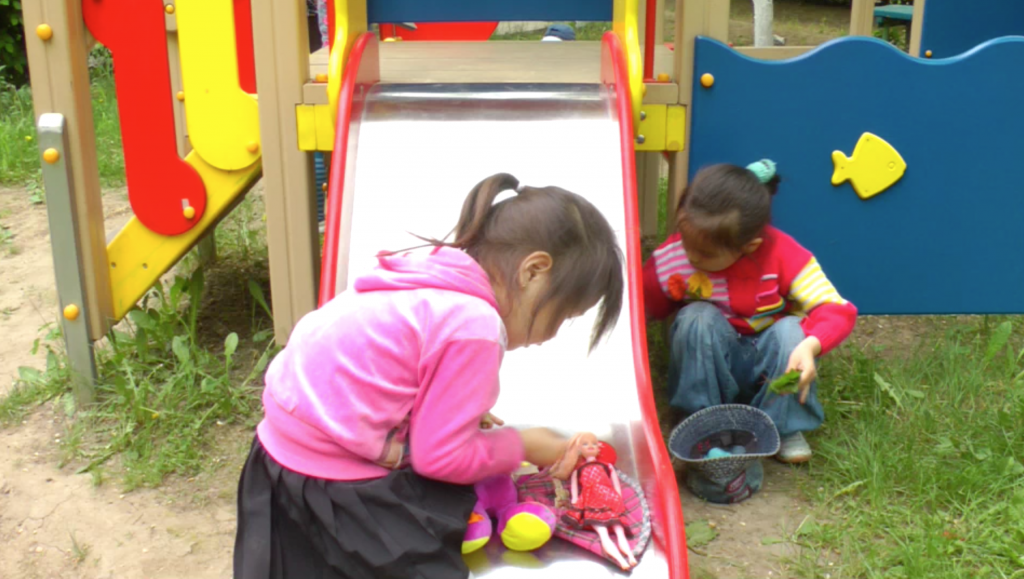 Narratives help adults make sense of chaos as well. Anthropologist Victor Turner described this as a universal process of “social drama” – a breach in social order gives rise to a crisis which society members must then work to repair. Turner argued that rituals, theater, and play help individuals and groups overcome crises by allowing opportunities for reflection and a critical perspective. This not only brings order to the crisis, but it helps us to imagine change.

Similarly to the scenarios discussed by Turner, parents and educators face challenges when trying to help children make sense of a situation that is full of unknowns. Children must process separation from loved ones without a clear idea of when it will end. Video chat and other technologies can maintain connections with loved ones and communicative rituals can offer the promise of regular contact with those they are missing, as studies of transnational parenting have suggested.

Hope House can remind us that, when technologies are insufficient for helping a child understand separation, simple games and stories like hide and seek, using puppets or dolls to stand in for Anna and Grammie, can convert the world into signs and symbolic objects. These can supplement digital interactions where families make use technologies to maintain contact, for example by using a video chat to read to children. Whether through puppet shows or peekaboo games, characters and objects can be lost and then found, separated and reunited repeatedly, helping children to process and handle loss.

Meghanne Barker is an LSE Fellow in Media and Communications. A linguistic anthropologist by training, she studies institutions and everyday acts of creativity, animation, performance, and media-making, particularly focusing on children’s culture in post-Soviet Kazakhstan and on film culture in the former Yugoslavia. She is currently completing her ethnographic monograph on her fieldwork in Kazakhstan, entitled Throw Your Voice: Suspended Animations in Kazakhstani Childhood. 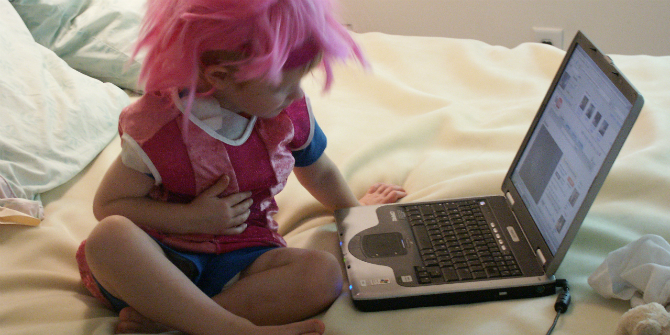 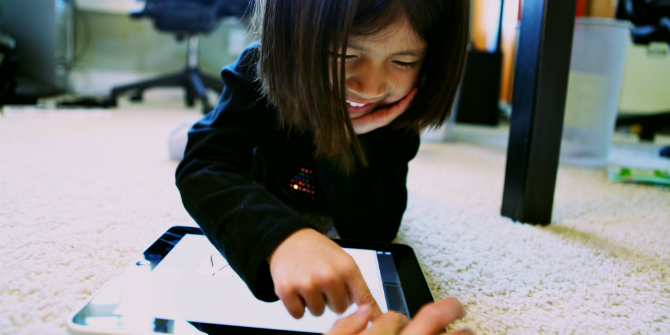