Legal, honest and truthful: advertising to children in the age of influencers

Legal, honest and truthful: advertising to children in the age of influencers 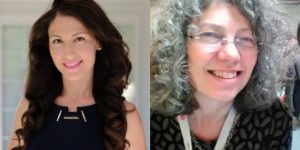 The UK Parliament’s Digital, Culture Media and Sport Select Committee is currently conducting an inquiry into ‘Influencer culture’ on social media. A new policy brief from LSE’s Miriam Rahali and Sonia Livingstone highlights concerns around the effect of influencers and sponsored advertising on children who are too young to discern and understand persuasive messaging.

Changes in children’s media habits have warranted concern from parents and advocates about their access to and participation in online activities. Because of social distancing norms and global lockdown regulations, children in the UK and around the world have had to adjust to new ways of living and learning, resulting in a surge in the use of digital technologies:

This policy brief locates children at the epicenter of an exploding digital media landscape, and considers the way their deep connection to technology has generated new non-traditional marketing opportunities. Brands are actively using the internet to reach young consumers, primarily via social media influencers, whose online presence tends to blur the boundaries between commercial and entertainment content.

The Digital, Culture, Media and Sport Committee is currently conducting an inquiry to examine the power of influencers on social media. Professor Sonia Livingstone provided oral evidence on the harms of influencer culture on young audiences in particular, who are at a unique risk of deception if they are not able to differentiate between advertising and other forms of entertainment, or grasp the persuasive intent of advertising.

The embedded nature of influencer marketing is worthy of critical attention because it lowers children’s ability and motivation to recognize it as ‘advertising’. Children nowadays spend many hours online watching YouTube videos in which their favorite vloggers are playing games, reviewing products or going through their daily routine. For example, the most popular child-YouTube stars have their own channels, such as Kids Diana Show and Like Nastya, with 87.1 million and 85.4 million subscribers, respectively. Influencers’ sponsored posts and videos appear between non-sponsored content in their feeds, which results in the simultaneous exposure of editorial and commercial messages.

Social media videos depicting the ‘unboxing’ of new toys have become a lucrative revenue stream in the digital economy. This cultural phenomenon has evolved in both scale and commercial influence. This new marketing tactic shows a child influencer – or ‘kidfluencer’ – unbox a new toy, play with it, and comment on the experience. Ryan (of Ryan’s World), is today’s most popular and highly paid child influencer, with 30 million subscribers to his YouTube channel, and earnings of more than £22 million (in 2020) for reviewing branded toys and products.

Children’s susceptibility to advertising has been the subject of much academic and societal debate because their ability to effectively understand persuasive messages has not yet fully developed, and they are exceptionally vulnerable to commercial messaging. Platforms that lead children (who are unable to gauge intent) towards certain commercial or profitable messages are harms that the policymakers can regulate against.

The Advertising Standards Authority (ASA) is the UK’s independent advertising regulator who ensures that ads across UK media do not deviate from the advertising rules. Even though the UK government and the ASA have warned influencers that they should appropriately ‘signal’ when they are paid to promote products in their videos, the ASA assessed over 24,208 stories on social media and found that 24% contained ads, and only 35% of those ads were labelled correctly.

Influencers may not appropriately disclose that their post is an ad because the definition of ‘advertising’ is debatable. Furthermore, there is a lack of consistency across the board (both nationally and internationally). More broadly, media originating from countries outside the UK and the EU (which prohibits brand placement in children’s programmes) may have less regulation concerning sponsorship identification, which is a cause for concern when their sponsored videos are viewed transnationally.

The ASA’s flawed attempt to regulate this space indicates that action by the government is still needed. As such, the DCMS Influencer Inquiry is considering the absence of regulation on the promotion of products and services. YouTube recently submitted evidence to the parliamentary committee for the open Influencer Inquiry, maintaining that the platform has clear policies surrounding paid promotions and endorsements. This is to ensure that creators and brands are aware that they may have to comply with local legal obligations.

In today’s digital world, where both children and adults struggle to distinguish persuasive techniques from other content, stakeholders need to be at the forefront of efforts to protect children:

The rise of non-traditional advertising, such as influencer culture, combined with society’s responsibility for protecting children from invasive marketing, make this research timely and important. Although parents play a significant role in helping their children learn to be critical of media messages, identify advertising approaches, and resist their influence, it is crucial that policy measures are in place in children’s digital media environments to protect their interests. In this way, society will better enable kids to recognize influencer marketing and make well-informed, conscious consumption choices both now, as well as in the future.

This text was originally published on the Media@LSE blog and has been re-posted with permission.
This post represents the views of the authors and not the position of the Parenting for a Digital Future blog, nor of the London School of Economics and Political Science.

Dr. Miriam Rahali is a Visiting Researcher at the Department of Media and Communications, LSE. In addition to media, her interests include children, gender, and consumer behavior. Miriam holds an undergraduate degree from Columbia University, New York, a Master’s degree in Special Education, and a PhD from LSE. She has worked on inclusive education in various roles within academia and the third sector.