Costas Milas explains why the probability of no-deal Brexit being on the rise means that the Bank of England may have to proceed with interest rate cuts before 31 October, and the possible consequences of such move.

Speaking to the Treasury Select Committee, Bank of England Governor Mark Carney hinted that in the case of a no-deal Brexit UK interest rates will be cut to stimulate the economy. His Brexit-related worries were not shared at all by Tory frontrunner to become Prime Minister Boris Johnson, who claimed that the odds of a no-deal Brexit are ‘a million-to-one against‘. With betting odds currently implying a probability of around 28% of no-deal Brexit, Johnson appears at odds with UK betting companies.

Needless to say, a possible downgrade of Britain’s credit score will be quickly transmitted to all financial institutions and business operating within the country, with adverse effects on their current investment planning and, consequently, the economic prospects of the whole country. In fact, credit rating agencies have already warned of a possible credit score downgrade and a lengthy recession in the case of no-deal Brexit. 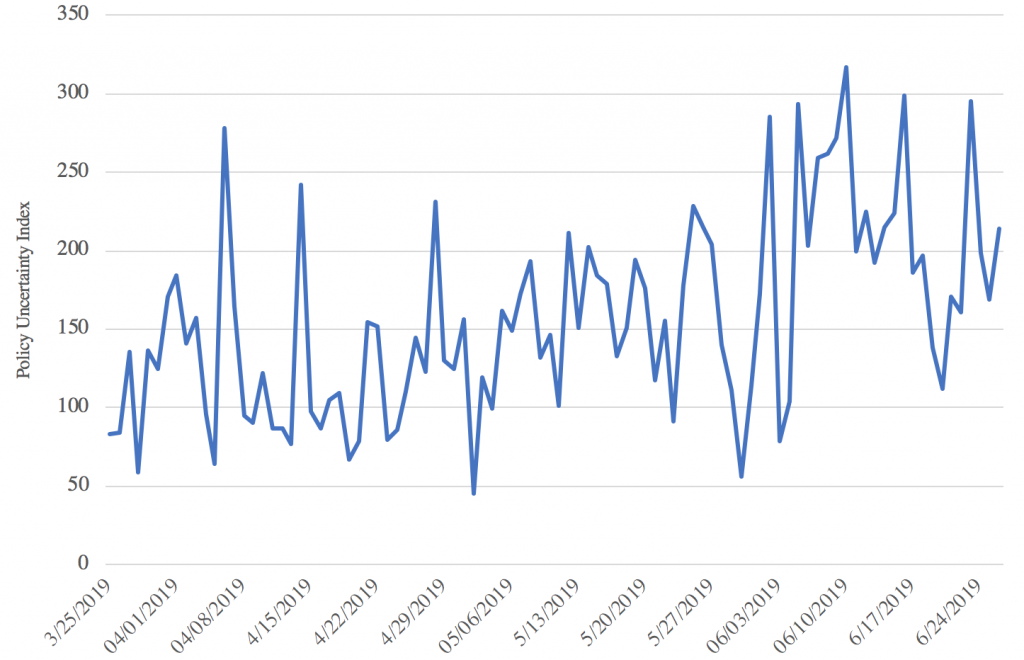 The data is available here.

At the same time, the popularity of ‘no-deal Brexit’ (measured by Google searches on the web) has risen since Boris Johnson decided to begin his ‘media Blitz’ in an attempt to strengthen his chances of becoming Prime Minister (see the data for 20-27 June 2019 here). Google searches have previously been found to predict movements in financial markets. To the extent that searches of no-deal Brexit also affect economic developments, it is more likely than not that investment will drop sharply and, therefore, UK economic growth will also take a hit in the forthcoming months.

The latest data is definitely pointing towards a weakening outlook. Foreign direct investment in the UK has dropped to its lowest level since the EU Referendum. Publication of the relevant data followed an earlier warning by the Bank of England’s Monetary Policy Committee which predicted zero quarterly growth in the second quarter of 2019. At the same time, annual UK business investment is also contracting for the third successive quarter.

There is no doubt that the probability of no-deal Brexit is on the rise which is driving down the UK’s economic prospects. Given the long and variable lags involved in the effects of monetary policy, it seems odd that Bank of England policymakers will take the ‘million-to-one against’ no-deal Brexit statement at face value. With this in mind, and given their estimates of substantial economic costs of no-deal Brexit, the Bank of England may have to proceed with interest rate cuts before the 31 October Brexit deadline. 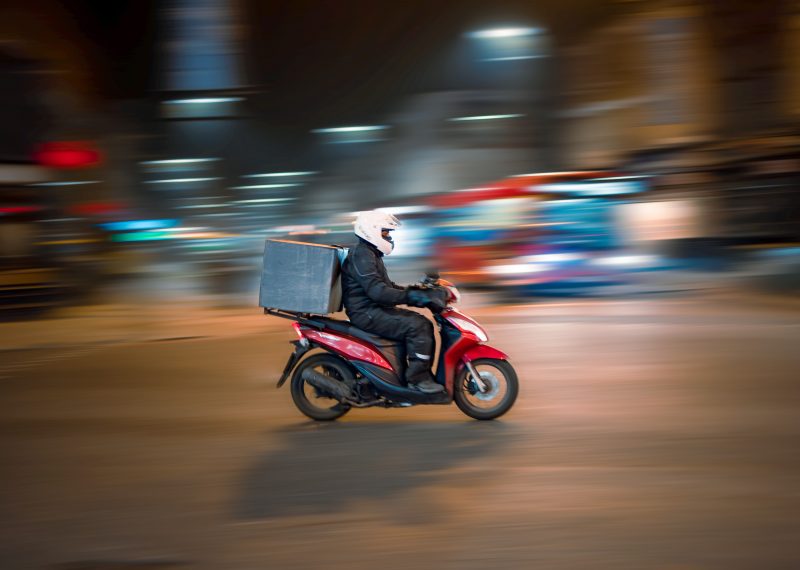