The Child Maintenance Service exists to calculate and ensure payment for those who struggle to receive child support. But despite extensive reforms, the service still allows many parents to pay a fraction of what they can afford, writes Sumi Rabindrakumar. Rather than tackle the system’s long-standing loopholes, policymakers have preferred a system that is cheap and simple to deliver – at the cost of support for children.

The new Child Maintenance Service was heralded as a break from the past failings of the old Child Support Agency – a service ‘fit for the 21st century’. But for all the talk of innovation, it seems politicians are less willing to grapple with the more intractable problems with statutory child maintenance. In particular, as Gingerbread’s new report shows, the long-standing problem of parents paying far less child maintenance than they’re able has yet to be resolved.

Child support – when calculated by the state – should be proportionate to a parent’s ability to pay. In other words, it should reflect a paying parent’s financial resources. But for parents with more complex financial affairs (usually self-employed and/or relatively wealthy) than the typical PAYE employee, getting the full picture of a parent’s finances can be tricky. They draw – perfectly legally – on a range of resources, including earnings, dividends, ISAs and pension payments. A few have – not so legally – undeclared or diverted income. It would take a proactive and well-resourced statutory service to assess these circumstances properly. As many parents using the CSA, and now the CMS, have found, this is far from the reality.

Every person I spoke to…believed my claim that the calculation wasn’t accurate, but their hands seemed to be tied by red tape.

The government’s defence is that they can’t possibly cater for all individual circumstances. But recent reforms have tipped the balance far further in favour of administrative convenience than seems fair. The new CMS calculation relies on HMRC data on a paying parent’s income – in theory, a smart move; in practice, poorly utilised. The standard calculation only uses taxable earnings (and pension income), leaving other taxable income out of the equation. A self-employed parent with low earnings but significant dividend income; a private landlord with large rental income – these are the sorts of cases where child support payments are minimised simply due to CMS rules. The onus is placed on the parent with care to request and push the CMS to look at this wider data.

In a similar vein, safeguards against maintenance avoidance and evasion have been dropped. Receiving parents can query their payments by applying for a ‘variation’ on specific grounds – two of which have now been withdrawn. One allowed assets, and the other allowed a parent’s lifestyle (if inconsistent with their declared income), to be taken into consideration. Scrapping the former is worrying, given assets (when held without drawing income) are another overlooked resource when reliant on HMRC data. The abolition of the latter effectively puts a stop to challenges from parents who can see a discrepancy but can’t pinpoint why – often the case, without access to financial records after separation. The government deemed these remedies too difficult to administer. In the interests of simplification for the CMS, reforms have removed a vital safety net for parents and children. 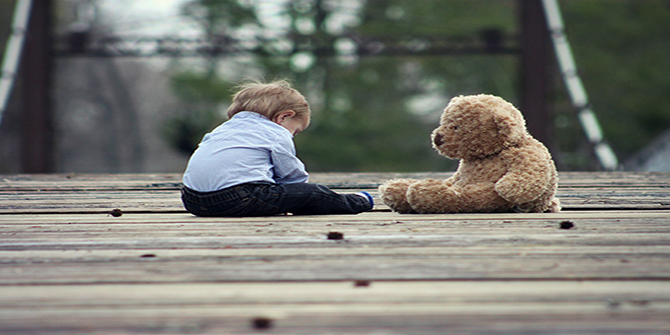 And while some grounds to challenge child support assessments exist, Gingerbread’s research finds that many parents are kept in the dark about their options. In keeping with our previous evidence (and DWP staff experience) that the CMS often withholds information, many parents are told there’s nothing they can do. Variations are often kept hidden – until parents do their own research and find out what they should ask for. And this is just the start of a usually long and tortuous journey of applying constant pressure to see any action taken by the CMS. Some have had to get their MPs involved. Others have simply given up.

Finally, the reforms throw into sharp relief the conflict of interest between a paying parent’s legal duty to maintain their child and the tax efficient management of their finances. The reliance on HMRC data strengthens the latter’s role in determining child maintenance. Yet there’s little sign that HMRC wishes to engage in any meaningful way, despite their influence. Parents who suspect undeclared income feel fobbed off by the CMS when told to report evasion to HMRC – for which HMRC has little time and can provide minimal support or information. And as long as a paying parent’s maintenance is tied to the tax system, tax relief rules mean their child’s interests will always come second to their business interests. In one striking case in our report, a parent found her son’s father had bought a truck for his business; tax relief for capital equipment meant taxable profits – and therefore child maintenance payments – were slashed.

The statutory child maintenance system exists to help parents and children with nowhere else to turn. Yet, while the CMS rules broadly work for the majority with simple cases, a significant minority are being failed. It’s clearly unrealistic to expect a bespoke service, but a middle ground must be possible.

Prior to the June 2017 general election, MPs across the political divide – often prompted by their constituents’ experience – had started to speak up for change. The Work and Pensions Committee called on the “tentative” CMS to “up its game”. The last government showed receptiveness to these concerns, piloting a Financial Investigation Unit in the CMS – a positive step, but yet to be embedded across CMS teams or properly promoted to parents. Moreover, maintenance avoidance and evasion is systemic, embedded in the rules and how they’re applied – it needs a clear strategy rather than a piecemeal approach.

We now have a new child maintenance minister, Caroline Dinenage, in post. As she gets to grips with her new brief, will she recognise that parents – and children – deserve more?