The public seem to be unaware of the poor evidence underpinning in-work conditionality, write Jo Abbas and Katy Jones. But research suggests that this policy is unfair and ineffective, and so once Universal Credit is rolled out, it could face resistance both from claimants and the wider public.

The government’s flagship benefit, Universal Credit (UC), sees the introduction of ‘in-work conditionality’ to working social security claimants on a low income. As a result, claimants could face penalties – such as benefit sanctions – if they do not comply with mandatory work-related requirements, including searching for and applying for additional work to meet an earnings threshold.

This marks a substantial policy shift, as many working claimants of tax credits are being moved on to UC and could be affected by this change. Currently a fifth of working UC claimants are in the ‘working – with requirements’ group that could be affected by in-work conditionality. Yet, three million households with someone in work will receive UC once it is fully implemented, and of these approximately one million are expected to be subject to in-work conditionality.

In-work conditionality in the eyes of working social security recipients

Turning to our first body of evidence, in the recently completed ESRC-funded project, Welfare Conditionality: Sanctions, Support and Behaviour Change, interviews were conducted with a number of working social security claimants, including some of the first to receive UC.

Working claimants in this study described difficult experiences as they attempted to meet the demands of both employer and Work Coach. Furthermore, identifying any sort of tangible support to progress in work proved difficult. Where respondents had felt pressured by the Job Centre to apply for and take any job while out of work, to them it felt like in-work conditionality simply involved a continuation of this approach.

For those on zero hours contracts, a need to be available for work for one employer was at odds with directives to take on additional hours elsewhere.

‘They said I hadn’t proved that I’d been searching for work but the fact that I’d got work during that period proves that I did! You know…?! It actually proves that I did. To sanction me four weeks’ money, yes, at something like £10 a day, unbelievable’ (Universal Credit claimant, working variable hours)

Several respondents were threatened with, or experienced sanctions for failing to demonstrate sufficient job search activity whilst in work. As a result of this punitive approach, over the course of this longitudinal study, some decided to terminate their claims to in-work financial support, despite remaining eligible.

In summer 2017, 1,111 adults in the UK aged 18 to 75 took part in an online poll (Ipsos-Mori – IPR), which included questions on in-work conditionality. Respondents were asked whether it would be acceptable to reduce tax credit payments if claimants: (1) refused an offer of more hours of work; (2) refused an offer of more pay; (3) did not actively search for more hours of work; or (4) actively searched for more pay.

Summarised in Table 1, the findings suggest there is support for less demanding forms of in-work conditionality: 50% said that it was acceptable to reduce tax credit payments if recipients did not accept an offer of more pay, and 54% supported this idea in relation to an offer of more hours (1 & 2). Yet, respondents opposed reducing tax credit payments in response to noncompliance with behavioural requirements to actively search for better pay (42%) or more hours’ work (45%) (3 & 4) similar to the requirements in Universal Credit.

However, the high level of uncertainty among respondents in combination with the marginal levels of net opposition suggests public opinion could shift. The framing of in-work conditionality in the media and by politicians is therefore likely to be a decisive factor in shaping public opinion.

Putting it all together: will in-work conditionality sink or swim?

Nonetheless, as UC continues to roll out, proponents could struggle to defend in-work conditionality. In the past, policymakers were seemingly comfortable with making crude distinctions between those in and out of work by juxtaposing ‘strivers’ and ‘skivers’ in stigmatising soundbites. But will there come a time when politicians will say that these formerly “hard-working people” are not working hard enough? This is not beyond the realms of possibility – indeed, over recent years we’ve seen a shift towards an increasingly punitive attitude to formerly “deserving” groups.

The viability of in-work conditionality will also depend on the strength of its opponents and how they make use of the evidence, or lack of. Indeed to date there is no evidence clearly showing that those subject to ‘in-work conditionality’ are progressing in the labour market and there are concerns reforms might be misdirected. Not only do these workers have to manage life on a low, often unpredictable income, they now have to satisfy the demands of an increasingly conditional and, according to some, unfairly punitive welfare system.

Whilst (we’re assuming) the general public is not aware of the weak evidence base underpinning in-work conditionality, the data above suggest at least some degree of hesitancy to accept this policy shift. If the evidence continues to stack up, including more accounts of claimants’ negative experiences, then this aspect of the Universal Credit could face resistance both from those directly affected and the wider public.

Note: the above draws on research done as part of the Welfare Conditionality: Sanctions, Support and Behaviour Change project.

Jo Abbas is a PhD candidate at the University of Bath.

Katy Jones is a Research Fellow in the University of Salford’s Sustainable Housing and Urban Studies Unit. 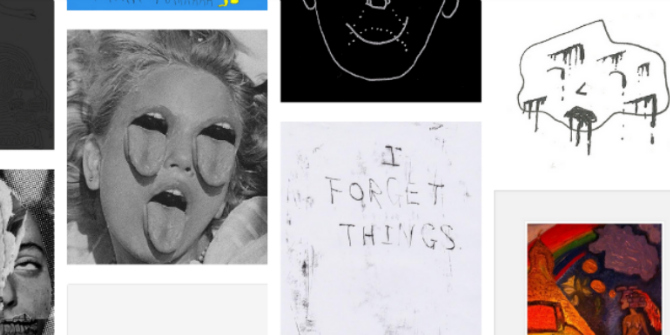 More than words: alternative ways to ‘talk’ about pain