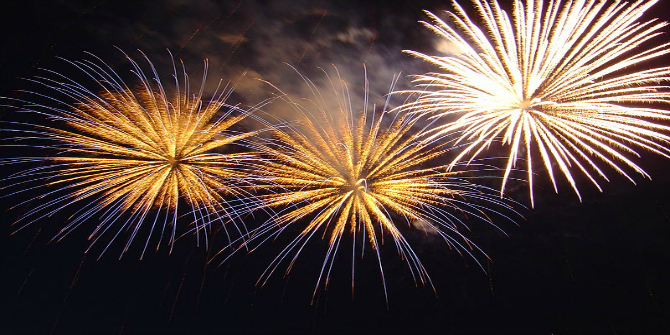 This volume simultaneously attempts to consider and rethink contemporary models and concepts in the study of protest, and examine their applicability to different regional contexts. Asma Ali Farah finds that its key strength is that it shifts attention towards aspects that are overlooked in social movement studies, such as ‘invisible’ forms of activism.

This book discusses the sexual behaviour of young women in Beijing and Shanghai, attempting to draw parallels to the West. In order to deal with the lack of official statistics, Jemimah Steinfeld, who worked in China as a journalist for many years, relies on interviews and personal observations. Whilst compulsively readable and entertaining, the book falls short of producing an entirely authoritative text, writes Isabel López Ruiz.

Now in its twenty-third edition in Italy and translated into seventeen languages, this book has become a classic. This is its first, long overdue publication in English. Vanessa Longden thinks that in addition to its witty one-liners, Umberto Eco’s text contains the bare bones on which to build research.

Corey Abramson’s book takes readers on a journey through geriatric inequality to show how on the west coast of the US the supposed golden years of post-employment for many individuals is an illusion. Through this book, one learns how, in reality, retirement is a corrosive quotidian struggle for body and soul, writes Michael Warren.

In this book, Marcus Morgan and Patrick Baert yield key insights into the dark underside of academia by exploring the dynamics behind a contentious dispute, known as the ‘MacCabe Affair’, over the faculty appointment of an obscure, young scholar at Cambridge University through the framework of cultural sociology and positioning theory, writes Jeff Roquen.

This book provides detailed answers to a number of pressing questions: what exactly is ISIS? Where did it come from? Who is behind it? How does it function? What are the reasons for its success? Daniel Falkiner welcomes the rich description and analysis and finds Abdel Bari Atwan does an admirable job of explaining the ways Islamic State exploits 21st-century technology and cultural trends to attract, groom and direct new members across the globe.

While most studies of European colonialism tend to focus on the British and French empires, German colonialism in the late-nineteenth and early-twentieth centuries had a significant impact not only on German colonies, but also on German society itself. In this book, a number of scholars assess German colonialism during the Bismarckian and Wilhelmine eras (1871–1918), and explore how colonial mentalities and practices shaped later histories during the Nazi era.  The book does an admirable job of bringing together diverse approaches on the subject, while inviting the reader to reconsider imperial history and the global interactions that played a fundamental role in shaping it, writes Mahon Murphy.

Central to this book is the problem of the ‘critical capacities’ of neoliberalism. What is the relation between economic rationality and political authority? On what grounds does a neoliberal state legitimatise its authority, given that neoliberal critique erodes the substantive political basis for justification? Taras Fedirko finds this book offers poignant analysis, but is less clear when it comes to why neoliberal thinking has managed to win ground in the first place.

To keep up to date with new books in 2016, make sure you follow LSE Review of Books.

The coalition gets into a mess over NHS reforms, Nick Clegg is accused of hypocrisy on social mobility and trouble looms in the Eurozone: political blog round up for 2 – 8 April 2011

New Labour, Next Labour and phone tapping – round up of political blogs for 28 August – 3 September