Filling out all sorts of forms often and increasingly includes the disclosure of faith, under which the option ‘none’ frequently appears. Yet it is unclear how homogenous the beliefs of those who comprise the category are, while the term ‘nonreligious’ is often equated with established atheist views. Lois Lee explains that this lack of understanding means we not only fail to appreciate the beliefs of a substantive part of the population but we are also unable to consider their views in policy-making and in public life more broadly.

Over the course of the twenty-first century, religion has returned to political prominence as well as to UK domestic and foreign policy agendas. Issues of social inclusion and cohesion loom large, as do engagements with fundamental rights and freedoms. Because religion has not become as marginal in the social and political life of modern, liberal societies as expected, so it has become quite reasonable and commonplace to talk about the advent of a ‘postsecular age’. Yet at the same time, and somewhat paradoxically, the growing visibility of religion has been accompanied by the increasing dominance of the nonreligious over British and other cultures. By the early 1990s, the number of Britons identifying themselves as having no religion had tipped into the majority, but this group only passed the 50 per cent line for the first time in 2010.

It is with good reason, then, that governments and policy-makers have increasingly sought to engage with nonreligious populations – for example through mentioning ‘nonreligious belief’ alongside religion in legislation and policy directives. Yet these well-meaning attempts have floundered because they are forced to work with a narrow set of concepts in order to make connections with the nonreligious. Spokespeople from the British Humanist Association or the National Secular Society are frequently relied on in consultations where nonreligious representation is sought, whilst other engagements are only made with people who explicitly identify themselves as ‘atheist’ or ‘humanist’. These lines of engagement are not in themselves problematic. The issue is that the majority of nonreligious perspectives and commitments are enacted and explored outside of these institutional and quasi-institutional frameworks.

New empirical research seeking to understand the perspectives and experiences of those who ‘merely’ identify as having ‘no religion’ on social surveys demonstrates the problem. Whereas identifying oneself as an ‘atheist’ or ‘humanist’ looks like a considered and affirmative form of identification, describing oneself as ‘not religious’ looks like a much vaguer, maybe non-committal stance – and certainly this is how the people in this group have tended to be treated. Moreover, people who describe themselves simply as ‘nonreligious’ often think of themselves as quite distant from religious matters, lacking strong feelings, or indifferent even. In short, they see themselves as secular rather than irreligious, or nonreligious in the academic sense.[i]

At the same time, though, for these people, apparently general identifications are actually identifications of choice, made meaningful because they understand themselves as unreligious but distant from popular atheist cultures. ‘Nonreligion’ is also appealing as an identity label on other grounds. For example, they appeal to some agnostics, sceptics and others who are not keen on common categories or reject the notion of categorisation in general. In discussing survey categories and self-classifications, some people I interviewed told me that they considered themselves to be atheist but preferred to describe themselves as ‘nonreligious’ for these and other reasons.

Such research suggests that number crunchers and policy-makers’ heavy reliance on apparently explicit nonreligious identities – like ‘atheist’ and ‘humanist’ – may skew our understanding of the significance of nonreligious positions, perspectives, and cultures in Britain. Some surveys point to marked discrepancy between those who say they are atheist or agnostic and the number of people identifying as ‘atheist’;[ii] the extent to which people actually favour a general identity as ‘not religious’ or ‘nonreligious’ may go some way to explaining this – as well as alerting us to a much larger population of people who identify with some kind of nonreligious position or culture than a limited focus on ‘atheism’ would point to.

Another reason to take general nonreligious identities seriously is evidence that they matter to people. This is true even for those who think of themselves as largely indifferent to religion or, indeed, indifferent to nonreligion. Research has pointed to the way that people taking this general view may still have strong views on, say, how religion and its alternatives are integrated into their everyday lives – the ceremonies they choose to commemorate the meaningful moments of life and its passing, the religious, spiritual and nonreligious education of their children, or the role of religious, spiritual and nonreligious cultures in public life and geopolitics.

Ask people if religion matters to them in general, and they may well tell you that it doesn’t; ask them something specific – about the religious, spiritual or nonreligious outlooks of friends or family; about what they believe happens to us after we die; about the inclusion of religion in schooling, healthcare and other areas of social and public life – and people are often much more concerned.

Bringing the nonreligious out of the shadows

Recognising that nonreligious people might be in some ways committed to their nonreligiosity pushes us further still. It suggests that policy-makers really do need to move beyond religion-centric frameworks and languages that still govern how we engage with traditional religion, alternative spirituality and nonreligion. Phrases such as ‘people of all faiths and none’, ‘religion and nonreligious belief’ or simply ‘religion and belief’ (in which the nonreligion is implied) are good beginnings. But they can hardly be said to have resolved the issue of religion-centrism, and practical issues clearly remain.

For example, discrimination law needs to be extended to include the nonreligious so that it is not itself discriminatory, but concepts such as those of ‘no faith’ cannot easily be translated into policy or practice. Likewise, the attempt to make space for nonreligious cultures in forums previously open only to religious ones – in religious studies classrooms, in public consultations, and so on – are to be commended, but implementing this agenda of inclusion is partial if only humanist and other explicit nonreligious beliefs and cultures are included.

The burgeoning social scientific study of nonreligion will be a major touchstone for policy-makers in future years. This work is beginning to map out the different cultural positions of the nonreligious, and help point to the ways in which the majority of the nonreligious reveal themselves as such. The significance of apparently generic identifications is one example of this – one that it is also pertinent to religious and alternatively spiritual cultures in de-institutionalising religious contexts. Moving away from denominational languages can be seen as a move towards the categories that people find salient today.

There is a sense of urgency about this project, too. In a context in which social relations around religion are inflamed – where racist currents have been reframed in antireligious terms and conflicts are iterated in terms of religion – drawing the nonreligious out of the shells they have been allowed to hide in is imperative. Letting the beliefs of Britain’s majority hide away means not only that the nonreligious are not granted the rights and privileges given to others, but also that we can’t see these nonreligious perspectives for what they are.

Lois Lee is Research Associate at UCL’s Institute of Advanced Studies and co-director of the Nonreligion and Secularity Research Network (NSRN). Her monograph, Recognizing the Non-religious: Reimagining the Secular was published by OUP in 2015.

[i] On the academic notion of nonreligion, see Lois Lee, Recognizing the Non-religious: Reimagining the Secular and Johannes Quack, ‘Outline of a Relation Approach to ‘Nonreligion’’.

[ii] For example, the 2001 and 2011 censuses for England and Wales found infinitesimal numbers of people identifying themselves as ‘atheists’, compared to the much more significant numbers who say they do not believe in God in the British Social Attitudes surveys of similar years. Likewise, the European World Values survey shows similarly small numbers of people identifying as ‘atheist’. 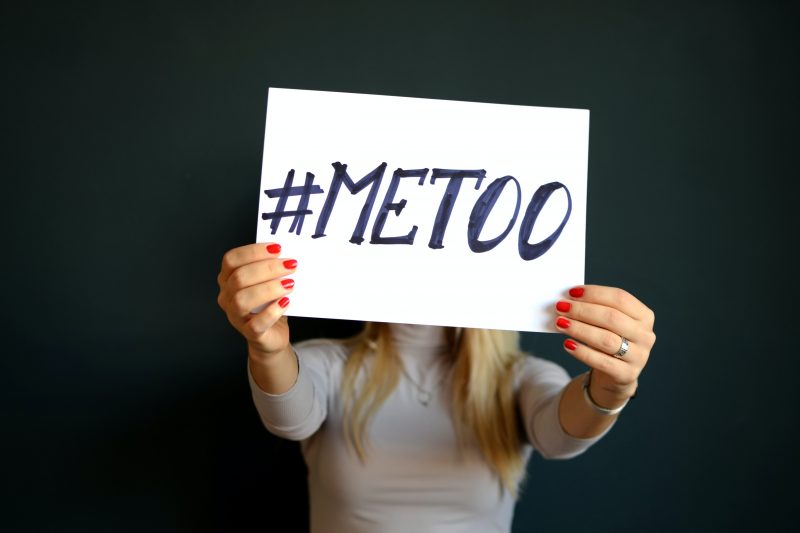