Research shows consistently high levels of concern among people in the UK over the scale of immigration and its impact on jobs and services. Drawing on new research on how people use and understand information about the economic impacts of immigration, Heather Rolfe writes there is a tendency to rely on personal accounts rather than on economic statistics.

The recent report from the Migration Advisory Committee confirms what all main research studies on the subject have consistently shown: the economic impacts of EU migration in the UK are very largely positive. Yet immigration was undoubtedly a main driver behind the Leave vote in the EU referendum and opinion polls consistently show public concerns centre on negative impacts on jobs, wages and public services.

To test ways of getting people to consider the economic evidence of the impact of EU migration, a team at NIESR and Birkbeck College carried out research in a predominantly Leave voting area, Sittingbourne Kent. We found immigration attitudes are deeply embedded, resistant to change, and that immigration is framed as a problem, sometimes a threat and something that politicians should be dealing with. This was despite recognition of the economic benefits of EU migration. What are the consequences of this negative mindset and, as new immigration policy starts to emerge, how can the quality of the debate be improved?

Immigration attitudes are resistant to change

We asked our focus group participants to consider the economic evidence on immigration through three experimental interventions: active listening, playing devils’ advocate with their own immigration concerns, and writing a short defence for a policy which would benefit migrants. We also screened our own facts-based video, summing up the available evidence on the economic impact of immigration. However, consistent with existing evidence from survey research, attitudes of our participants were impervious to these methods.

One of the most common explanations for why making the economic case for immigration doesn’t affect attitudes is that it’s a side-show to the main event, which is the impact of migration on culture. But this doesn’t chime with our findings: indeed, participants were not shy in expressing cultural concerns about immigration but, for EU migration at least, this was not their main concern. They saw the main impact of EU immigration as economic, in terms of impacts on jobs, wages, and public services and their views on this did not change as a result of considering the evidence. They recognised the need for skills, and not just highly skilled migrants. But the impact on public services was an issue of considerable concern which did not shift: many participants not only believed that some migrants were a net drain on public services, they also believed that some groups of migrants, though not necessarily from the EU, enjoy priority access to health and housing.

There’s a strong strand of argument that narratives, not facts, are most effective in forming and changing opinion. But we found the most influential narratives were generated by participants themselves, gathered in their daily lives and not through mainstream or social media. Our focus group participants had an implicit hierarchy of evidence, where personal experiences and anecdotes are at the top, followed by media stories and statistical information at the bottom. Participants had a store of such evidence from the accounts of friends, family and acquaintances, which they used to support specific and popular themes around migration impacts. These included migrants being given priority for housing, knife gangs and bogus asylum seekers. In contrast, few media stories were brought up by participants. When mentioned, newspapers and social media were typically referred to as unreliable and as presenting extreme views and unrepresentative cases. It may have nonetheless influenced opinions, but through negative framing rather than information.

Facts are not trusted

Our methods involved the use of economic evidence in the form of a specially commissioned video which more than four in ten participants believed was biased in its presentation of basic facts about impact. The video used aggregate economic statistics which some participants did not accept as providing the true picture of immigration impacts. They believed that there are many cases that go against the general picture. Many felt that their local area was affected more by immigration than other parts of the UK, and attracted migrants who make a low contribution. More generally, participants were suspicious that the positive messages of the video revealed bias. One respondent called it a ‘PR video’ another, a ‘propaganda film’.

So with statistics and the media seen as unreliable and biased, many participants concluded that it’s best to rely on your own evidence, on what you hear and see in your everyday life. Inevitably selective, this allows deeply held views, underpinned by moral considerations about deservedness and entitlement, to continue despite exposure to contrary evidence.

The tendency to rely on personal accounts and to distrust economic statistics about immigration presents wider challenges for society, not least when beliefs are expressed in open hostility towards migrants. It also presents problems when policy is developed with public attitudes in mind, when those attitudes are not evidence-based but are viewed as valid by policy-makers.

So where do we go from here? One positive message emerges from our research. Many participants felt they did not have enough opportunity to discuss immigration and that the current debate is polarised. They enjoyed taking part in the focus groups and said they welcomed the opportunity to hear others’ views. While there is clearly a selection effect, it may indicate a more general public interest in discussing immigration in some form of public setting, as suggested recently by British Future, and in improving the quality of the debate.

And we should also not ignore the role that facts can play in the immigration debate. Despite criticisms of the video, around half of participants who filled out the follow-up survey two weeks after the focus groups said that they felt they had learned something from it. And as previous NIESR research found, statistics can be useful when linked closely to specific issues of direct concern to the public and framed within a clear narrative, for example costs and benefits. Attempting to rebalance from the negative by accentuating the positive isn’t enough. 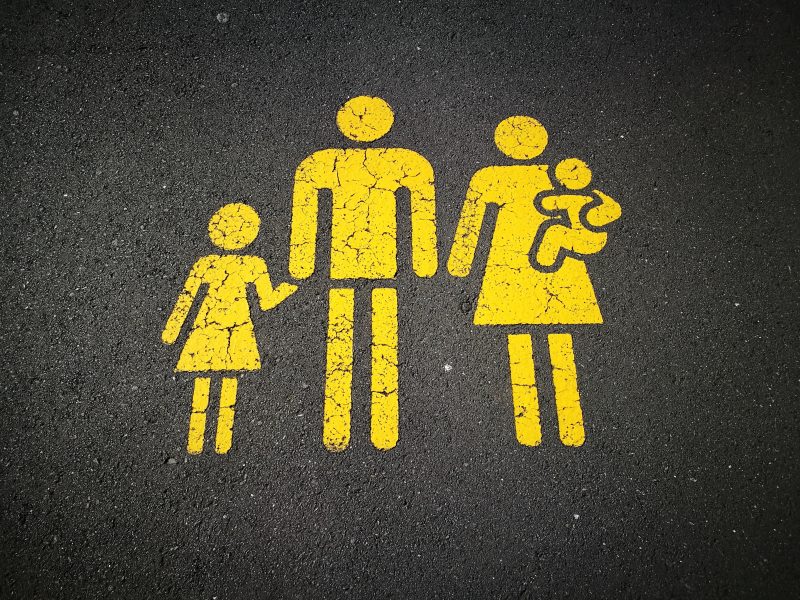