This year, LSE USAPP has published over 700 articles which have been read thousands of times. Here are our top ten most popular articles by views for 2014. Thanks to everyone for reading, and we look forward to bringing you the best in commentary and research on U.S. politics and policy in 2015!

1. Chicago is far from being the murder capital of the U.S.

2. Physician incentives introduced by the new Accountable Care Organizations could reduce costs of care by 5 percent.

The U.S. spends more on healthcare as a percentage of GDP and on a per capita basis, than any other country in the world, something that aspects of 2010’s Affordable Care Act aim to alleviate. Kate Ho and Ariel Pakes take a close look at the likely effects of Accountable Care Organizations: groups of providers whose payment arrangements give physicians incentives to control costs. They find that through capitation (flat, fixed payments) and the sharing of savings, these new organizations could reduce healthcare costs by between 4.5 and 5 percent without corresponding quality reductions.

3. Profit from Crisis: Why capitalists do not want recovery, and what that means for America

After years of recession and sluggish growth, for many, an economic recovery is the light at the end of the tunnel that will lead to greater employment, higher income and perhaps less inequality. While conventional economic wisdom holds that capitalists should be just as anxious to see recovery as workers, Jonathan Nitzan and Shimshon Bichler argue that it is actually in capitalists’ interests to prolong the crisis, as their relative power increases in times of stagnation and unemployment. Using U.S. data from the past century, they find that when unemployment rises, capitalists can expect their share of income to rise in the years that follow. Unless society takes steps to decrease unemployment, capitalists are likely to continue to pursue stagnation for their own gain.

Have you ever wondered why some places seem built for automobiles as opposed to humans? In a recent study, J. Alexander Maxwell and fellow researchers from the University of Strathclyde’s Urban Design Studies Unit find evidence that before the rise of the automobile, cities developed on a walkable “human” scale, with main streets that rarely exceeded 400 meters (a little more than 437 yards). Along with Charles R. Wolfe, they argue that this uniformity reveals an underlying pattern to pedestrian city settings, which should be considered in contemporary urban design and policies.

5. Airstrikes on Isis targets in Syria and Iraq are legal under international law

Last week, the United Kingdom’s parliament voted to once again intervene militarily in Iraq in order to attack the terrorist group Isis. This follows more than a week of US and Arab world airstrikes on Isis targets in Syria. While the Iraqi government requested assistance from British and other foreign powers, the Syrian regime has not asked for intervention. Many commentators have questioned the legality of such a move under international law. In this article, Ranj Alaaldin and Bilal Khan argue that airstrikes on Isis targets in both Syria and Iraq are legal and justified under international law. It is the defence of Iraq that triggers the right to use force against Isis targets in Syria, they write.

6. The explosion in U.S. wealth inequality has been fuelled by stagnant wages, increasing debt, and a collapse in asset values for the middle classes.

7. Research shows that minor sex trafficking narratives do not reflect the experience of many domestic sex workers

Sex trafficking laws assume that all underage sex workers are exploited young girls who have been forced into such work by a vicious pimp. But does this actually reflect the experience of most young, domestic sex workers? Using ethnographic research from Atlantic City and New York City, Anthony Marcus, Chris Thomas, and Amber Horning find that underage sex workers have much more agency in their relationships with pimps than many assume, and that sex trafficking discourses may serve to further alienate them from organizations to assist them. The authors call for academics and policy makers alike to set aside their ideological positions about sex work and to seek a deeper understanding of young people in commercial sex markets.

8. Workplace technology use may increase both employees’ distress and productivity

As technology has become an inescapable part of most workplaces, it has become ever more important to understand its impact on employees. Using data from two surveys of U.S. workers, Noelle Chesley examines the effects of both personal and job-related technology use. She finds that increased technology use, especially when it extends work into personal life, is linked with higher levels of worker distress. However, it is also associated with gains in productivity, and personal technology use at work may help employees to manage work-related stress.

9. American Prisons are not a Revolving Door: Most Released Offenders Never Return

Progressives face a tough fight in next year’s Canadian election, currently scheduled for October. Claudia Chwalisz writes that even as the support for the Liberal Party and the New Democratic Party outstrips the Conservatives’, Prime Minister Stephen Harper’s government’s changes to the electoral rules will likely suppress voter turnout and leave the door open to more electoral fraud.

Shortened url for this article: http://bit.ly/1zvFMN8 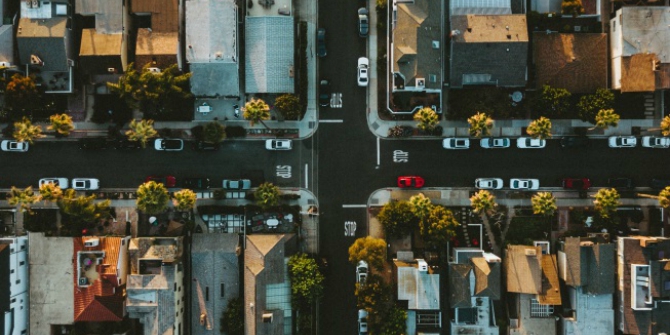 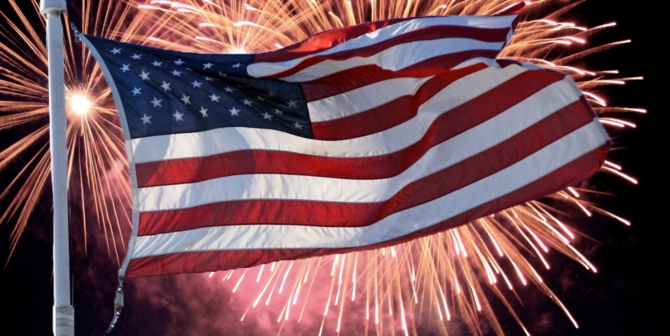 Happy 4th of July from USAPP and the LSE US Centre! 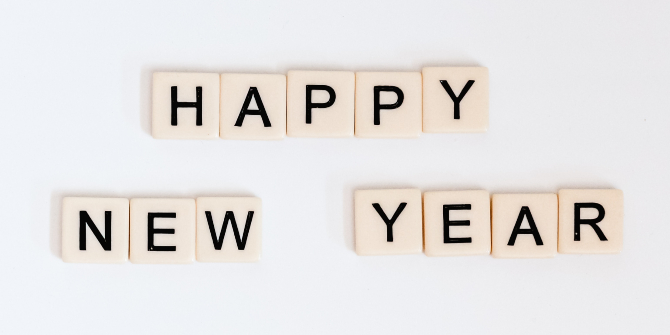