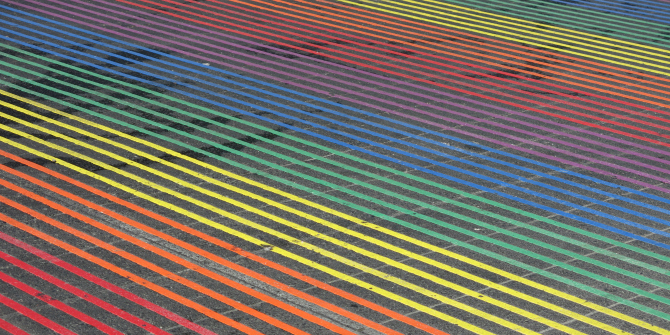 17 May is the International Day Against Homophobia, Biphobia and Transphobia (#IDAHOBIT). Created in 2004, the date was chosen to commemorate the World Health Organisation’s decision to declassify homosexuality as a mental disorder in 1990. Today, 17 May is celebrated in more than 130 countries and is a moment in which to unite in support of the recognition of human rights for all, irrespective of sexual orientation, gender identity or expression. To mark the occasion, LSE Review of Books recommends 10 must-read books exploring LGBT+ equality across the globe.

LSE is a Stonewall Diversity Champion and we are committed to LGBT+ equality. Find out more at lse.ac.uk/spectrum.

This is an accessible book that identifies and analyses key aspects of the lives of bisexual and other non-monosexual individuals, exploring questions of community, relationships and identities through participant interviews. Surya Monro offers a theoretical introduction that avoids homogenising bisexual experience under a Western lens and also highlights interesting gaps in existing literature.

This edited collection provides 22 chapters that seek to give a comprehensive overview of the claims, strategies and mobilisations of lesbian and gay activism across a number of different countries. This is a solid introductory volume that offers important and insightful perspectives on the field, although the scope of the project is limited by its largely Western focus.

This volume of essays explores queer activist communities in China, traversing media representation, queer filmmaking and film festivals and autoethnographic methodologies. The collection weaves together academic research, activism and everyday life in order to present the diversity of queer Chinese politics, acting as a valuable point of dialogue with Euro-American queer theorisations.

The persecution of people in Africa on the basis of their sexual orientation has received considerable coverage in the media. However, much of the analysis thus far has been highly critical of African leadership and culture without considering local nuances, historical factors and external influences that are contributing to the problem. This book, based on pioneering research on the history of homosexualities and engagement with current LGBTI activism, aims to provide a thorough overview of the issues at play.

Using case studies from Pakistan, Iran, Indonesia, China, Bangladesh, Israel and India, this edited volume argues that Muslim religious traditions do not necessarily lead to conservative agendas but can promote emancipatory standpoints. This book is one that should be read by all those interested in sexuality, religion, Islam or gender. The wide range of case studies make it suitable for both an academic and general audience, while the examples make it a stimulating and accessible read.

As new forms of ‘non-traditional’ families grow in number, there is a need to understand these new arrangements and models of parenthood. This book discusses examples of the relationship between changing gender identities and processes of family formation in the Western experience. It aims to show that in the 21st century, it is possible to form a family without sex, without children, without a shared home, without a partner, without a working husband and without heterosexual orientation. This is an interesting and innovative book that serves to disrupt not only traditional constructions of family, but also the links between research, academia and social media.

Cosmopolitan sexualities are those ‘that live convivially and reciprocally with a variety of the diverse genders and sexualities of others, both within and across cultures’, writes author Ken Plummer in this book. The text is ambitious and insightful, calling for ‘the blending of localism with cosmopolitanism to create a better world where sexual differences will not cause so much pain’.

The last decade has seen the emergence of an increasingly politically active asexual community, united around a common identity as ‘people who do not experience sexual attraction’. This collection covers the emergence of the concept of ‘normal’ sexuality in the late eighteenth-century, early-twentieth-century public sex education campaigns, and how asexuality is different from hypoactive sexual desire disorder. Each chapter contributes to the disambiguation of the notion of asexuality in the present.

Helen Jefferson Lenskyj backtracked on her decision to stop writing about the Olympics after hearing Russian athlete Yelena Isinbayeva condemn a Swedish athlete’s pro-LGBT rights rainbow-painted fingernails. Against what historical and legal backdrop, Lenskyj wondered, did Isinbayeva claim that ‘Russia […] has no gays and lesbians’? A breathtaking example of academic responsiveness to world events, this book’s style and subject matter deserve widespread readership.

This book provides an innovative and productive way of thinking about how sexual attitudes, desires, attractions, practices and worlds are constructed. The contributors develop a distinctively sociological approach for analysing collective sexual life. Students and scholars working on sexuality, gender or queer studies should find something of interest in the book. 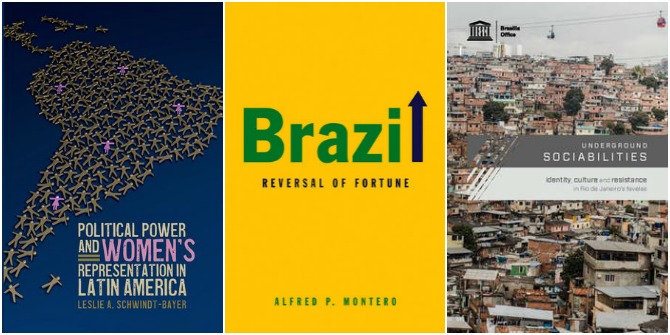