Many of the LSE blogs regularly feature book reviews of the latest publications emerging across the social sciences and humanities. But which books have LSE blog editors found particularly compelling in 2020? In this list, five LSE blog editors recommend some of their favourite reads of the year. 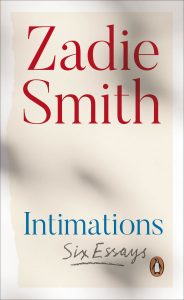 We are only ten months into the pandemic. So it is remarkable that Zadie Smith’s short collection of essays, Intimations, written as long ago as June, is such an evocative take on how our lives changed. It conveys the utter claustrophobia of lockdown and the suffocating offensiveness of the notion that ‘we are all in this together’: ‘Older people, surrounded by generations of family, dream of exactly the same empty couch that is […] the purest torture for some lucky, desperate, fortunate, lonely, selfish, enviable, self-indulgent, privileged, bereft student’. In short, it is not at all like the fun quarantine of Boccaccio’s Decameron, though I recommend that too. 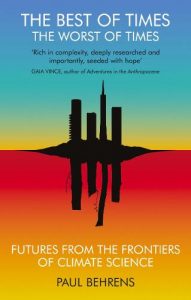 Paul Behrens’s achievement with The Best of Times, The Worst of Times is to have written a book about the climate emergency that is not utterly despairing. He does this by alternating hopeful and pessimistic chapters, which is a boon for encouraging the public understanding of science – something that’s been at the forefront of many scientists’ minds this year. The book will defamiliarise and radicalise you in the best way. It makes much media coverage of the environment look predictable and dated. 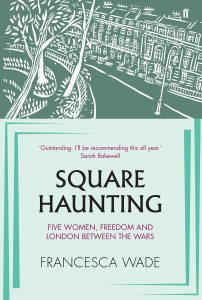 My book of the year combining interests – both personal and professional – in the history of London, women and LSE is Francesca Wade’s Square Haunting: Five Women, Freedom and London Between the Wars. Through the lives of five women writers who all lived in Mecklenburgh Square in the 1920s and 1930s, the book explores what it meant for a woman to live a purposeful life. The book examines the lives of the poet HD, novelist Dorothy L. Sayers, classicist Jane Harrison and the writer Virginia Woolf. The fifth figure is the economic historian Eileen Power who first came to LSE in 1913 and became its second woman professor in 1931. Power was an internationalist, campaigning for the League of Nations, a pioneer of social history with her book Medieval People and a popular historian working on BBC children’s programmes alongside her sister, Rhoda Power. Wade manages to approach some big topics in an accessible style, making the book a perfect Christmas present. 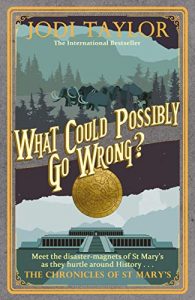 During lockdown my guilty pleasure has been the Chronicles of St Mary’s fantasy books by Jodi Taylor – these inhabit a parallel universe in which brave, intelligent and reckless historians time travel through history, dispelling any idea that historians (or indeed archivists) might be careful, reticent or boring. 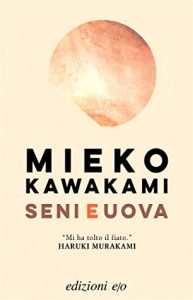 If there’s a time to read fiction, the time is now, when a catastrophic pandemic has awakened the little demons that live inside each one of us, forcing us to deepen our relationship with digital technology, distracting us to smithereens and now blending work with family, virtual work with our already excessive social media and news consumption. Fiction can be an antidote to distraction, allowing us to look inward by vicarious means, through the eyes and perspectives of fictionalised others. Mieko Kawakami’s new book, Breasts and Eggs: A Novel, does just that. Natsuko is a woman living in Tokyo who has experienced family dysfunction from an early age and goes through life asking questions about marriage, the bonds between mother and child, the role played by men, romantic love and sex.

In this book, words come together effortlessly to express powerful insights. Kawakami seems to understand she is gifted with a special talent when she writes that ‘you need to be predestined to touch the hearts of people through the written word. It’s like finding a water spring in the desert: pure casualty, something that happens once in a lifetime, and certainly not to everyone’. Note that these are not her exact words. The book is written in Japanese, and I read the beautiful Italian translation, translated by Gianluca Coci. Natsuko is forced to grapple with the fundamental question, why have children? Why do we keep doing it, just like our parents did, when living is hard as hell? ‘Giving birth is a unilateral act,’ since the child has no way of consenting. Kawakami reminds me of Norwegian author Karl Ove Knausgaard in her ability to describe everyday actions like lying down, taking a shower or having small talk with a niece while both anxiously wait for Natsuko’s sister, who should have been home hours before. These may seem like mundane actions, but your mind doesn’t wander off even for a minute. I make Japanese writer Haruki Murakami’s words mine, when he says that Breast and Eggs ‘took my breath away’. 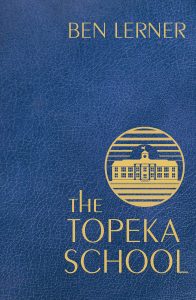 The view has become commonplace that outgoing US President Trump, the man and his movement, is less a cause and more a symptom of socio-economic afflictions. But to many, the 2016 electoral results came from nowhere; complacency had set in, slow progress in Democratic clothing would inevitably prevail. The angry white man, pushing back, has since become integral to the image of indignant Trumpian support, an almost religious devotion to rhetoric as gospel.

Immersed in 1990s debating championships, Ben Lerner’s third novel, The Topeka School, situates the force of today’s anger among those who would manipulate its causes: the educated middle-class boys who would later, as men, nurture the White House’s linguistic acrobatics. These are wealthy kids from a red state relishing the power of their vocals, playing fast and loose with blatant untruths in the name of competition. Centring on Adam, a state-level debate champion, thoughtful, intelligent, masculine toxicities in tow, we see white affluent America as argumentative for its own sake, because without obstacles, how else can a teenager rebel?

In the well-rehearsed spirit of American literary fiction, the comforts of wealth in The Topeka School offer no protection from spiritual emptiness, and more so when that supreme tool for human connection – language – becomes subverted for domination: whether of the debating opponent or the well-intentioned yet suffocating parent. Lerner presents a young generation fatally ignorant of its privileges, yet somehow anxious these are being lost.

During a period of transition, the usual adage is to reflect on the recent past. Yet at the core of The Topeka School is a stark confrontation of the present, the type of truth the state-level debater would dispute without hesitation: that the angry white man’s privilege is most destructive when it feels attacked. 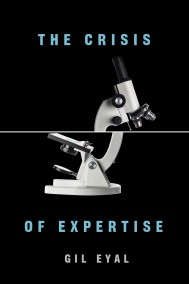 2020 has sadly been a significant year for thinking about expertise and COVID-19 has brought these discussions directly into the mainstream. Written before the pandemic, Gil Eyal’s The Crisis of Expertise adeptly situates debates about expertise within a historical and political context and outlines how different strands of this debate, often perceived to be irreconcilable, actually intersect and have become closer over time. Where these ideas differ, as Eyal makes clear, is in their politics and the fixes they propose to legitimate different kinds of expertise. Eyal paints a vivid picture of expertise as a vortex, where actions taken to shore up expertise in one area repeatedly spiral back on themselves, leaving experts and institutions open to critique from other directions. Given the massive shifts brought about by COVID-19 for science, scientific communication and academia, I can’t help but think we are currently undergoing another twist in this vortex, one that Eyal’s book can help us to better understand. 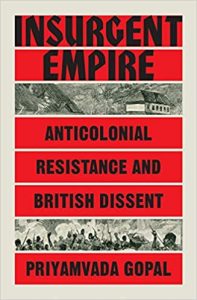 Another book that greatly influenced me this year is Priyamvada Gopal’s Insurgent Empire, a sweeping history of colonial dissent throughout the British Empire and the reverberations of these acts of resistance at the heart of empire, Britain, and its capital, London. The book is highly accessible and deeply illuminates the web of connections between anti-colonial thinkers, intellectuals and mass movements in Britain. It provides a compelling account of how anti-colonial ideas were repeatedly re-litigated in the face of fierce opposition and shows the tireless work of these groups and individuals in slowly constructing and deconstructing concepts of liberty and equality.

As editor of LSE Impact Blog, I found Insurgent Empire’s focus on media, networks and voices especially engaging. Amongst others, Chapter Seven emphasises how journals, magazines, books and editors were integral to assembling people and ideas and providing a platform to engage wider audiences. This has clear resonance in 2020 where the Black Lives Matter movement has refocused public attention on issues of racial equality and representation. The book led me to reflect further on how scholarly communication and the impact agenda remain deeply structured by colonialism and a centre-periphery model of knowledge exchange that flows along a Global North-South axis. Insurgent Empire makes an inspiring case for the power of dialogue and cross-cultural thinking that seems more important than ever.

Posted In: Contributions from LSE Staff and Students | Reading Lists 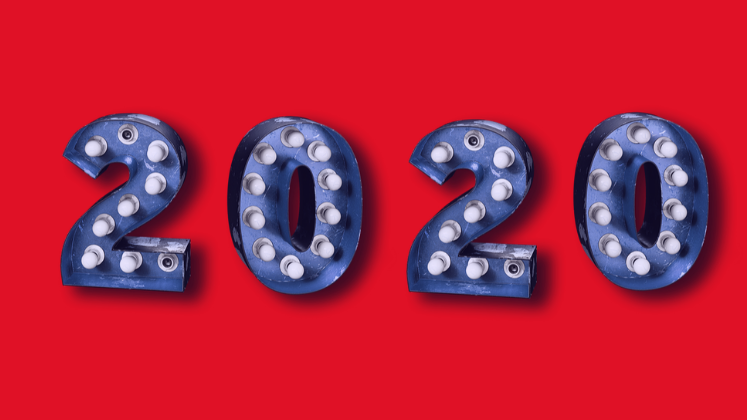