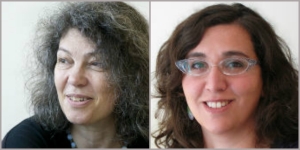 Hand’s up if you have you heard of a ‘makerspace’ or the ‘maker movement’…? Chances are some of you will have virtually raised a hand, but not all.

A quick catch-up, then, on these increasingly popular social and educational interventions.

Makerspaces provide a variety of technologies, materials and supportive tools for hands-on online ‘making’. Although they are now well established spaces for adult ‘makers’, in recent years makerspaces for children – in schools, libraries, after-school settings and museums – have sprung up around the world. Some use different names or terms, like ‘tinkering’ or ‘hackerspace’ or FabLab (adhering to the specific, high-tech requirements of the Fab Foundation at MIT). Whether they use 3D printers or laser cutters or cardboard, popsicle sticks and glue, they are committed to turning participants into ‘makers instead of just consumers’.

Although questions remain about whether makerspaces are equitable, a renewed emphasis on making may counteract decades of industrial decline, or could even help young people gain technological skills to help them find work in the future.

While there is a growing (but still relatively recent) body of research on adults and to some extent older children as makers, there is little research on how very young children develop making and play into digital, media or scientific literacy. Some of the key tenets of making – experimentation, open-ended or messy play, an emphasis on creativity and process rather than the final product – sit quite comfortably within early years education. Think, for example, of Maria Montessori, Reggio Emilia or Forest Schools, all of which have considerable overlap with the experiential and playful emphasis of makerspaces.

To understand what and how young children (three- to eight-year-olds) learn in makerspaces, we joined an international research project called Makerspaces in the Early Years (MakEY). Funded by the EU Horizon 2020 programme and led by Professor Jackie Marsh at the University of Sheffield (whose work on young children and touchscreens, augmented reality and unboxing we have shared previously), it brings together researchers from across the world to look at the benefits and challenges of running making workshops in formal (nurseries and schools) and informal (museums and libraries) education spaces for young children.

Although the learning of young children is prioritised, it also involves understanding the different roles played by the adults who ‘facilitate’ children’s experiences, including teachers, maker educators and, crucially, parents and caregivers, who not only ‘broker’ young children’s making by bringing them in the first place, but who also play a number of other supportive roles during the making itself.

Skills for the digital world

Since January 2017, alongside other research on parenting, we’ve been studying how parents support children’s learning and engagement in three makerspaces in the San Francisco Bay Area. Working with the Tech Museum of Innovation in Silicon Valley, the Bay Area Discovery Museum (home to the world’s first early childhood FabLab) and the Lawrence Hall of Science, and in collaboration with our international MakEY colleagues, we have been considering how parents act as co-learners and co-facilitators alongside their children as they learn and engage in makerspaces.

This has given us a unique window into the beliefs and practices of parents living and working within or nearby a worldwide centre of technological innovation. Many are tech workers themselves, and so experience pressure to ensure their children are successful in a highly competitive world, which, in some cases, is actually expressed as resistance to technology or the limitation of ‘screen time’. Conversely, we also interviewed low-income parents living in the shadow of Silicon Valley who want their children to keep up in this new technological world.

Thus this research on makerspaces overlaps with our wider interest in how parents talk and worry about ‘screen time’. In the Parenting for a Digital Future project we repeatedly heard parents’ concerns about children being ‘sucked in’ to ‘mindless’ screen use, but yet there was a contrasting enthusiasm for children learning ‘creative’ technical skills. As evidenced by the growing popularity among some parents of programmes like code clubs or even the (sometimes grudging) appreciation of Minecraft, there is an awareness that children need some understanding of how technology is created (and manipulated) in this digital age. One mother said she didn’t really ‘do technology’ at home other than occasionally ‘educational TV’, and yet she liked coming to the makerspace because:

“I think games, he doesn’t need to do anything, but coming here, [it is] hands-on, you’re learning. It’s going to help you in the future…”

Although our initial rationale was to study the relationship between making and digital literacy, makerspaces for young children vary considerably in whether they incorporate digital technology. We observed engineering, design and games design challenges.

Given this spectrum, we analysed the projects not just in terms of digital literacy, but also in terms of the interplay of different forms of scientific, technical, engineering, arts and mathematics (STEAM) concepts.

We are particularly interested in understanding parents’ different roles as they learn to support their children in these sometimes-new kinds of interactions. We observed parents:

As part of a recent design sprint, organised by the Joan Ganz Cooney Center’s Families learning across boundaries project and the Technology for Equity in Learning Opportunities initiative at Stanford, we are also considering how our research might inform some hands-on initiatives for parents and children to engage in together, part-inspired by the work of Ricarose Roque we have shared before.

There is much resonance with our other research on parenting, in terms of identifying a wide variety of ways that parents support their children’s digital and technological interests, or do not. Some parents are partners, learning alongside their children; others monitor from a distance. Most lack a language for describing what it is, exactly, that they think their children are learning, even if they are broadly supportive.

We have much to reflect on when we consider how children’s learning with and through technology might be made more visible to parents – in makerspaces and beyond. Parents already play a variety of roles when it comes to supporting their children, but they often do so according to their own comfort levels and skills, and not because they have a strong sense of how their actions relate to their children’s learning outcomes. Makerspaces are but one example of how parents could be better supported to understand what and how children learn, and be empowered not just to stand back, or take over, but to be active in fostering new kinds of shared engagement with their children.

A version of this text was originally published on the MakEY blog and has been modified and re-posted with permission. 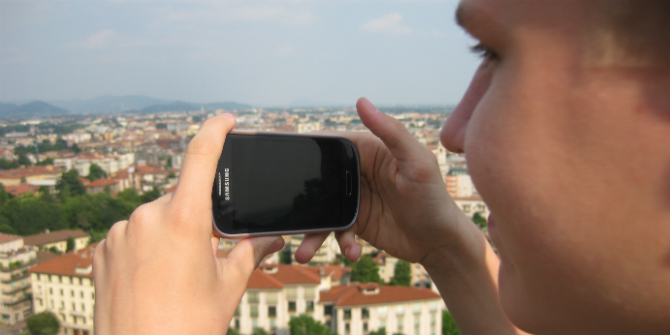 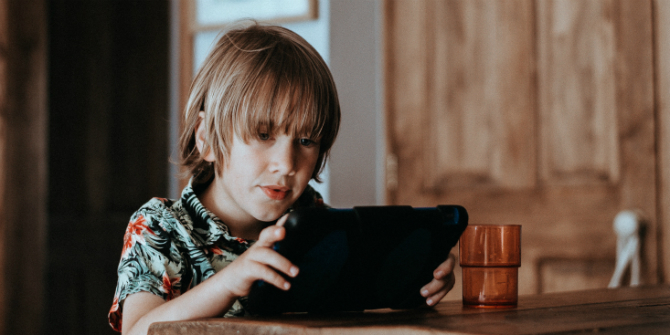 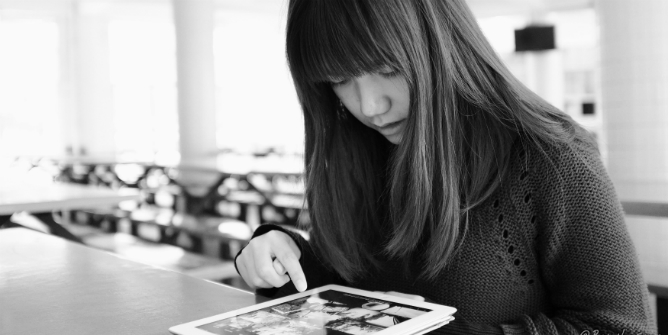