To slow the rate of increase of housing unaffordability we have to build on the Greenbelt. But release land where? Paul Cheshire argues for a sensible reappraisal of Greenbelt designation and the need to co-ordinate development with infrastructure provision.

Almost every reasonable person must now accept the case that we need to build on some parts of currently designated Greenbelt land. Not everyone is, of course, reasonable; and many are reasonable but have special interests, indeed assets, to protect. Particularly because the value of these assets in part depends on local Greenbelt designation, moving from the general to the particular – where should we build – almost inevitably causes controversy. One of my favourite slogans is from a group called CLASH in St Albans ‘No to Greenbelt Development – HERE’. It is so nakedly honest in its NIMBYism. But here goes: the particular.

Ever since Kate Barker’s 2003 review of housing supply it has been well understood that the supply of housing in Britain in general and in the South East in particular is morbidly inelastic. Rising prices just do not produce more house building in England and one of the results is ever more price volatility. We know we have an accumulated shortfall of supply over the past 20 years of some 1.6 to 2.3 million units and that in so far as we have been building houses they have been of the wrong type and in the wrong locations to meet demand. It is true that there are several factors in this critical shortage of supply but the most fundamental problem is the restriction of land supply and the insistence on building on brownfield sites.

To stabilise, even to slow the rate of increase of unaffordability – highlighted recently by the Deputy Governor of the Bank of England as posing the biggest single risk to the British economy – we have to build on Greenfield sites. That necessarily means parts of the Greenbelt particularly, since the strongest demand for housing is near to jobs and near to where houses are the most expensive.

So release land where? Being an academic I will again start from the general principles. First we need to get rid of the completely outmoded designations of land as ‘greenfield’, Greenbelt or ‘brownfield’. These do not correspond to the underlying environmental or amenity value of land and it is this with which public policy should concern itself. This was exactly the conclusion of the official enquiry into land use futures. Designations provide a handsome income for planning lawyers who can argue about whether a particular parcel is legally green or brown field till the cows come home; for example over the ex-MOD land I blogged about here.

The policy issue should not be the simplistic designation but the value of the land to the community in its present use over and above any market value of the land. So we need to get rid of these artificial legal designations and instead focus on preserving valuable habitats properly, improving the bio-diversity of land, preserving land with public access – indeed improving access where practicable – and preserving scenically valued land although this is already well protected in most cases by National Park status or being designated an Area of Outstanding Natural Beauty (a designation we should stick with even if sometimes fanciful on the margin). In summary – there is a strong welfare economics case for preserving large tracts of land in an unbuilt state, especially where there is public access or it has special habitat value.

The next set of general principles would seem to be first that the land is suitable for building – not in a floodplain or suffering from noxious pollution from past industrial activities. The second would be that the location gives good access to jobs and house prices are high, reflecting a local scarcity. A case on these grounds would be stronger still if the wider community had recently invested in improving local transport infrastructure. Finally the land should have low environmental or amenity value.

These simple principles quickly point to a plentiful – almost inexhaustible – supply of suitable land. Barney Stringer of QUOD generated a beautiful map recently identifying all the land in London’s 514,000 hectare Greenbelt which was within 800 metres of a station (a ten minute walk), was not built on and had no marker of environmental quality beyond being in the Greenbelt. Barney calculates these simple criteria give us 19,334 hectares of highly buildable land with good access to the highest paying jobs in Europe and no identifiable environmental cost at all. I am no fan of mechanical densities especially since one of the problems with making land so expensive is that houses and gardens are much too small; but applying the current norm of 50 houses to the hectare this would give us space for 996,700 houses.

I would not stop at 800 metres though. The Dutch have shown the way in integrating cycling with using the train. The most modest cyclist can manage 2 kms in 10 minutes and still have time to lock up their bikes if the station has proper cycle facilities. I have not done the precise calculations but the laws of geometry being as they are using a 2km (10 minute) cycling distance would give one a total area 6.25 times bigger than Barney’s 800 metre radius. Some of the extra space would be environmentally valuable or not sensible to build on for other reasons and there would likely be just a little double counting but even so extending to 2 kms would more than double – probably triple – Barney’s estimate of 19,334 hectares available to build houses on in any sensible policy world. So even as things stand a sensible reappraisal of Greenbelt designation would solve the South East’s shortage of housing land overnight; and still leave London with at least 90 per cent of the existing area covered by Greenbelt designation unbuilt on!

This, however, is based on the existing transport system. One of the sensible functions claimed for planning is the need to co-ordinate development with infrastructure provision. Presently we are building a major piece of new transport kit for the region: Crossrail. This is costing us £18 billion and will bring places like Iver or Taplow in Bucks or Shenfield in Essex within 30 to 40 minutes of central London (compared to the existing journey times of an hour to an hour and quarter). Have a look on Google Earth at the areas around these existing stations. The land around Iver in particular does not look too special. There is waste land aplenty, the M25 cuts through it and there is at least one golf course nearby. There is land around Taplow which looks to have environmental or scenic value but plenty which does not. Again Google Earth shows not one but two golf courses close by. The area around Shenfield is similar but here there seems to be more horseyculture than golf in the immediate vicinity.

Nothing wrong with golf or horsey culture but what we have to understand is that Greenbelt designation gives those land uses a massive subsidy. House building cannot compete for agricultural land but golf and horses can. I recently discovered another reason why we have so many golf courses around our cities: they are substitutes for landfill sites. It costs £80 a ton to dispose of ‘inert material’ in registered landfill sites but nothing if it goes into building bunkers! To quote Paul Robinson, Derby Council’s Strategic Director for Neighbourhoods, in defending the potential to capitalise on the value of the sites of the Councils two golf courses: “Effectively you go out to the waste industry and you say we will allow you to put your inert waste in our golf course…So you create mounds and bunker areas using the waste and at the core of those is inert waste.” This is one factor which underlies the proliferation of golf courses close to sources of builders’ waste and on land where there is no competition from houses. As noted in The Economist there is a serious oversupply of them. So the combination of Greenbelt designation and landfill costs means we can build as many golf courses as the market demands at their subsidised price but we cannot build houses. It is time to start turning some of our excess supply of golf courses into gardens; with houses on them!

The underlying logic here is that not only should there be good access but the land should have low environmental value. These criteria point to another good site for houses: outside Oxford to the north east of the by-pass beyond Marston. Why here? Houses and building land in Oxford are, after London, the most expensive in England; we may not be linking Oxford to London with Crossrail but we are electrifying the railway line without so far expanding housing. And the site I would build on is well above the flood plain and is mainly used for high intensity arable (as is 44 per cent of Oxford’s Greenbelt). As we argued in our recent book,  intensive arable land has no value beyond its market price for farming (and even its market price is grossly inflated by subsidies and advantages for tax avoidance) since intensive farming imposes net environmental costs and the land used for it, apart from being nearly devoid of wildlife, has little access apart from viable rights of way.

So while we are looking for suitable sites for building we should not forget Cambridge. 74 per cent of Cambridge’s Greenbelt is in intensive arable use and the local economy is thriving. Indeed some would claim it is one of the real showpieces of Britain’s future economic success. But lack of new housing shuts people out of this prosperity and labour shortages are a problem. There are plenty of locations to choose from but Google Earth suggests north and south of the axis from Cherry Hinton to Fulbourn would be as good as anywhere. It is elevated by the standards of the Cambridge area and – amazingly – has a large golf course ready for houses as well as many hectares of land used for intensive arable farming.

No doubt many people who live close to the locations identified here would rabidly oppose building or a loss of their Greenbelt protection. That is more or less inevitable given the system we have constructed. But it is close to insane to spend £18 billion on Crossrail and not take advantage of the tracts of land that will suddenly be within a short commute of Central London because in 1955 – before Crossrail was dreamt of, when London was staggering back to its feet after WWII and car ownership was less than a tenth as common as now – all the land around the outlying stations was declared off limits sine die. And after all houses on the Crossrail route or in Oxford are being made even more valuable because of the public investment in transport infrastructure. Maybe if the 1,584 citizens of Taplow are unwilling to accommodate more housing they should be taxed the increased value of their houses.

Note: A version of this article originally appeared on the LSE’s SERC blog and gives the views of the author, and not the position of the British Politics and Policy blog, nor of the London School of Economics. Please read our comments policy before posting.

Paul Cheshire is Professor of Economic Geography at the London School of Economics. He is co-author, with Max Nathan and Henry Overman, of Urban Economics and Urban Policy: Challenging Conventional Policy Wisdom (Edward Elgar, 2014). 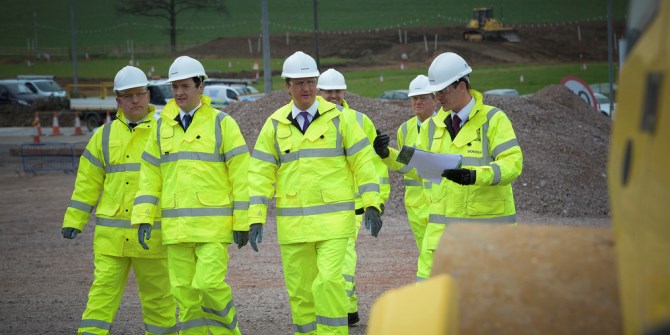 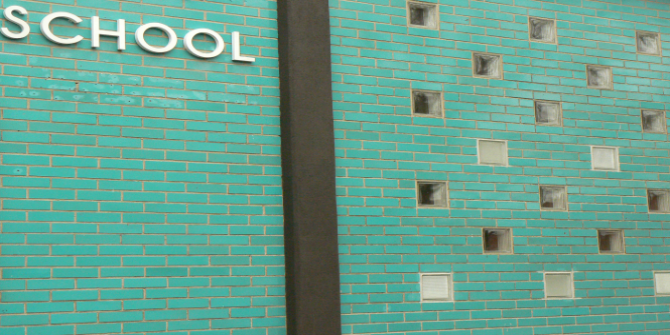 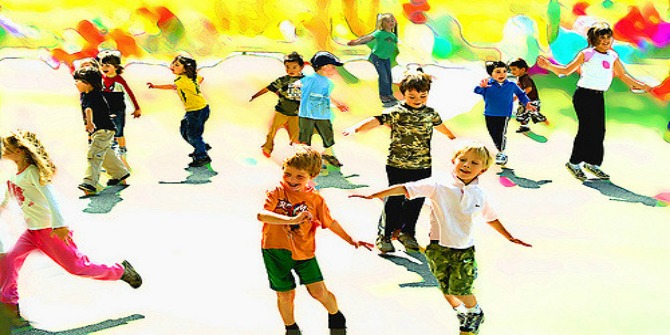