With the 2015 General Election approaching, Chris Hanretty, Benjamin Lauderdale and Nick Vivyan have launched Election Forecast UK. Here they explain their model and the assumptions that underpin it and providing some preliminary predictions: they predict a hung parliament is very likely (91 per cent) and that the Conservatives and Labour will be close to tied in terms of seats (280 to 282).

UK general election outcomes are difficult to forecast. Even setting aside the 18 seats in Northern Ireland and the entirely different party system that exists there, in England, Scotland and Wales there are seven parties that compete either regionally or nationally with a reasonable chance of winning seats in May 2015. From a peak of over 96 per cent of the national vote in 1951, the total vote share for the Conservatives and Labour combined has declined to 65 per cent in 2010. While the first-past-the-post (FPTP) system has limited the number of seats secured by other parties, it did not prevent the Liberal Democrats from achieving sufficient seats to be pivotal in a hung parliament after the 2010 election, and the structure of Conservative – Labour competition is shaped by the different third and fourth parties they compete with in different constituencies. Thus, more than ever, understanding what is happening to support for the Liberal Democrats, Scottish National Party, Plaid Cymru, Greens and UKIP is important to understanding the outcome of the 2015 election, even if these parties collectively win relatively few seats.

We have been working for many months on a methodology for summarising what we can expect to happen in the upcoming election, given what we know from history, geography, demography and polling data. This involves providing predictions about vote share in every seat outside of Northern Ireland, and also providing uncertainty estimates that characterise what ranges of outcomes are most likely. Characterising uncertainty is important because it allows us to put probability statements on the chances of everything from a Labour plurality (as of this writing on 8 December, 49 per cent) to whether the Conservatives retain their seat in Amber Valley (34 per cent). The methodology has been frozen as of September 1st, and since then we have posted daily updates of all of our seat-level forecasts to electionforecast.co.uk. We will be posting daily updates as new polling data is published until election day.

The success of a forecast depends critically on the information that goes into it and on the assumptions that relate that information to the quantities of interest: the election-day outcomes. The information we use includes past national and constituency level election results, constituency demographics and geography, plus current national and constituency level polling. We will sketch some of the most important assumptions here, as they are important to understanding why we think we can generate a reasonable forecast.

The national vote shares for each party, while not actually the key outcome of the election, are the quantities for which we have the most historical evidence to utilise. Not only do we have the outcomes of elections going back further than we need, but UK Polling Report hosts a record of polling in the lead up to every election going back to February 1974. This is useful because it makes it possible not merely to consider a “snapshot” of what would happen in an election held today, but instead to estimate how predictive polls were in past elections at different distances from election day. One of the striking patterns in these data is that the major parties tend to drift back towards their result at the previous election, and so a weighted average of the polls and the last election is a better prediction of the upcoming election than the polls alone. As the election approaches, the weight on the polls increases, but even the polls just before election day tend to systematically overstate change from the last election.

We are not the first to observe this fact, but it is important for understanding why we have Labour currently up in the polls by about 2 per cent, but expect the Conservatives to edge them in vote share by about 2 per cent on election day. But this is just an expectation (an average over the outcomes we think are possible) and our forecast has lots of uncertainty. Labour could very well hold its lead through to election day, or the Conservatives could gain a substantial lead of their own, both of these outcomes are plausible given the history of how much polls change in the months leading up to UK elections.

How do we translate UK vote share into expected local outcomes at the seat-level? The traditional solution is Uniform National Swing: if the Conservatives lose 3 percentage points across the entire UK, UNS assumes they lose 3 percentage points in each constituency. Historically this is not a bad model, at least for the major parties, but it does not work for smaller parties. Instead, we model how support for each party varies across different kinds of constituencies. This modelling depends on having polling data at the constituency level, which includes the Ashcroft constituency polls as well as YouGov polling data disaggregated to the constituency level. We combine this constituency polling information with data on party support in each constituency at the last election, information about constituency characteristics from the UK census, and historical data on relative turnout. We also impose the requirement that all the constituency predictions add up to the UK vote forecast. Right now, this yields a forecast that the Conservatives win 280 seats and Labour 282. But as with the vote shares, there is still a great deal of uncertainty this far from the election: this is just the best guess given what we know now.

There are many, many details not described in the above paragraphs, some of which are discussed in the FAQ on our website, some of which will be featured in future posts on this site, and some of which will have to wait for when we are ready with a paper describing the methodology in detail. It is a complicated model because the UK has complicated electoral politics. We hope that by trying to get all the details right, we are able to forecast more accurately than the more typical strategy of focusing only on the vote and seat totals for the three major parties.

One indication that we are not going too far astray is that our model would have worked well if we had used it in advance of the 2010 election. When we “retrocast” 2010, using the polling data published before the election, our model performs very well, predicting 318-237-67 (Con-Lab-LD) versus the 306-258-57 split that actually occurred. Like all forecasters at the time, we overpredict the Liberal Democrat seat total, but there is no way around this given that the polls had the Liberal Democrats on 27 per cent the day before the election and they only received 23 per cent of the vote. Our retrocast is closer than any of the forecasts published before the election, but of course we could look at the outcome when designing our model, so the real test will be next May. 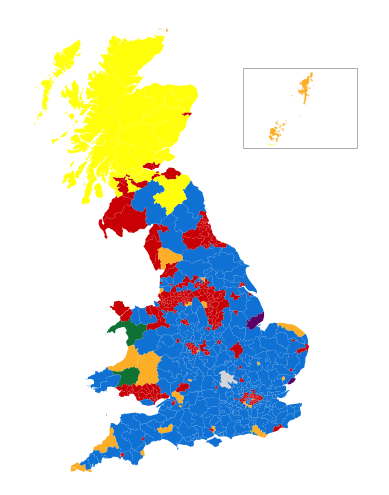 Turning to 2015, we predict that another hung parliament is very likely (91 per cent), while a Labour majority (6 per cent) is slightly more likely than a Conservative majority (3 per cent). From our model, we can also calculate 90 per cent predictive intervals: ranges of votes and seats that we think are very likely to include the results of the election. For Labour, our current interval is 241 to 328 seats, for the Conservatives, it is 234 to 321. The key point to take away here is that given what we know now, either Labour or the Conservatives could be leading the next government. While either could potentially end up with a majority, our model suggests that is much more likely that neither will.

For the other parties, these uncertainty intervals can be very wide. We forecast the Liberal Democrats declining from 57 seats at the last election to 27 seats at this election, but our 90 per cent interval is from 17 to 39. The former would be seen by Liberal Democrats as a catastrophe, the latter would be better than many have feared. Given what we know now, 8 months before the election, these are all still very plausible outcomes. Our model is factoring in some improvement from the current 8 per cent polling average for the Liberal Democrats, and we have evidence from Ashcroft’s constituency polls that the generic polling question used in national polls is likely to systematically understate the Liberal Democratic vote this year.

Finally, we would be remiss if we did not mention UKIP and the SNP. Insurgent parties such as these present many difficulties for a model like ours. For all the other parties, electoral history tells us a great deal about where they are likely to be strong. This is important in a FPTP system, because even a party that receives less than 1 per cent of the UK vote (e.g. the Plaid Cymru) can still win multiple seats if that vote is sufficiently concentrated. For UKIP, a great deal will depend on how effectively they deploy their strongest candidates and campaign resources. For the SNP, currently polling well ahead of Labour in Scotland, the question is whether they can hold that level of support and win a majority of Scottish seats. To get a better idea of the prospects for both parties, we will have to wait for more data to come in. Right now, our prediction is that UKIP will win between 1 and 8 seats, and that the SNP will win between 24 and 46 seats.

In sum, the 2015 election is shaping up to be a very close election, and one with a large number of interesting stories at the constituency and regional levels. We think that our model provides a useful way to distill much of the information that is being made available, even if it cannot incorporate everything. We will have much more to say about the forecasts over the coming 5 months. We will be publishing a number of blog posts on this site detailing the most interesting stories, and will continue to post daily forecasts on electionforecast.co.uk and tweeting from @Election4castUK. 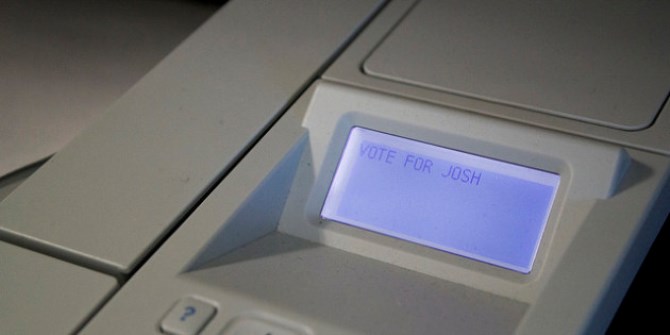