A spate of surprisingly upbeat indicators published in August have prompted some to declare that the economic impact of the vote to leave the European Union has been overstated. Tempting though it is to believe this, such views are at best premature, writes Dimitri Zenghelis. We have not yet left the EU and businesses are waiting to find out whether the UK will stay in the Single Market.

At first sight, the economy seemed to respond positively to August’s warm sunshine in marked contrast to July’s post-referendum gloom. Business and consumer confidence bounced in August.  GfK’s consumer confidence index for the month rose from -12  to -7 while among businesses, the Markit/CIPS purchasing managers’ survey indices (PMI) rose from 47.4 to 52.9 in August, surpassing the 50 mark that distinguishes expansion from contraction. The YouGov/Cebr UK Economic Index also rose to 109.7 in August from 105.0 in July, recovering more than half the losses recorded following the referendum. Even sterling ticked up from 1.29 to 1.33 dollars/pound.

Explanations for the more favourable sentiment in August are not hard to come by. The renewed stimulus by the Bank of England supported homeowners and consumers, while the fall in the pound supported exporters and the swift handover of power to the new government restored a sense of confidence in the UK establishment. The UK labour market has also held up well, with the official unemployment rate (measured by the Labour Force Survey) falling slightly to 4.9 per cent, though as I argued previously, the labour market tends to lag economic activity as firms hold on to workers they have trained until they are absolutely certain they will not be needed. 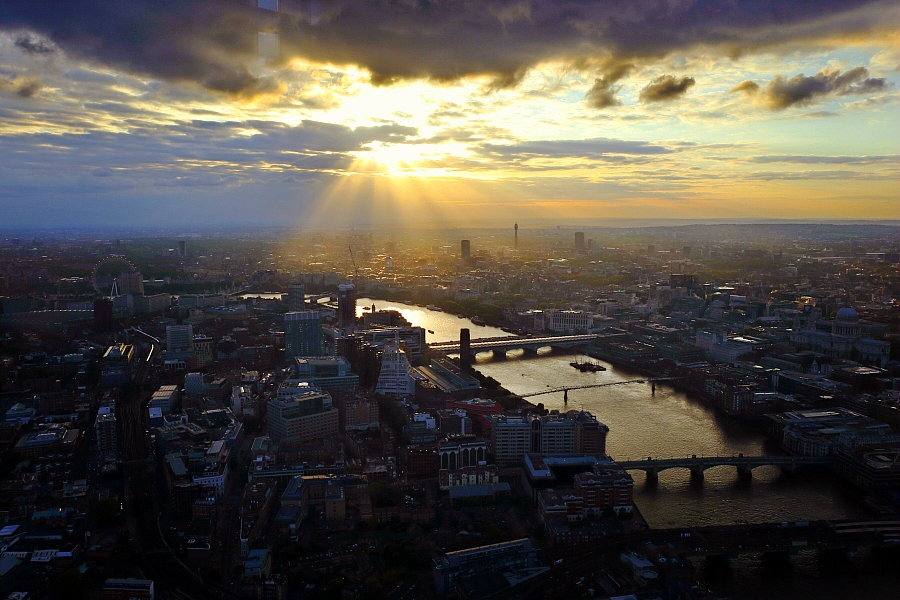 However, all the survey measures remain below their pre-Brexit vote levels (consumer confidence was  -1 in June) and not all the latest surveys were positive (for example, the Lloyds Bank business barometer showed that confidence levels slipping 13 points to 16 per cent in August). The best indicator of market’s sentiment on the UK economy is the value of sterling, which in essence reflects the net present value of all UK assets. Despite the small recovery in August, this remains more than 10 per cent below its level in June suggesting UK wealth has been similarly devalued in the eyes of international investors.

The detail in the PMI survey is also telling. While companies reported a boost to exports and foreign tourism following the fall in the pound, the survey also showed a 33-month high in input price inflation, prompting service providers to raise prices. With wage growth still sluggish, this will erode real incomes with the potential to severely dent consumer confidence and inhibit spending in the shops: with consumption accounting for around two thirds of total UK demand the economic impact of such a slowdown could be sizable.

Before assessing how the economy is likely to fair, two important points need clarifying: the UK has not left the EU yet and the main trigger of any enduring economic impact will be through business investment. Many investors still hold out the possibility that the UK will find an arrangement that retains access to the Single Market for exporters and does not significantly constrain firms’ access to skilled labour. In the short run, the effects of the Brexit vote may even be positive. The benefit to export orders from the fall in the pound and the effect of lower interest rates might boost sales and allow firms to retain labour and sweat assets to boost output.

The main risk to the economy surrounds uncertainty over future access to the Single Market, and the consequences for investment. Even as output remains resilient in the short run, it is rational that UK businesses delay investment plans until the UK’s trading relationships become clearer. However, clarification on access to the Single Market will take many months at least. This is true irrespective of whether the UK will be better off inside or outside the EU in the long run.

As I argued in July, the main statistical evidence of what is actually happening in the economy post-Brexit, as opposed to surveys snapshots of what people think is happening, will not be available until the end of the year. The first official figures on business investment following the Brexit vote will be published at the end of November.

In the meantime, most businesses have cast a cautionary note with some more vocal than others. The chairman of Lloyd’s of London insurance warned it could move some of its operations to other parts of the EU if it loses access to the Single Market while Goldman Sachs recently warned that the UK’s vote to exit the EU could force it to “restructure” some of its UK activities. This follows HSBC’s announcement that around 1,000 jobs in HSBC’s investment bank division might be moved to Paris. At the recent G20 summit in China, President Obama publicly warned that business links between the US and the UK could “unravel” unless Brexit was handled carefully, while a Japanese government paper urged the “softest” possible Brexit. Both governments were defending the interests of companies which have invested in the UK as a gateway to the Single Market, suggesting the consequences of losing such access could be grave.

Of course, many national leaders, investors and employers have every incentive to overstate the potential impact of policies which do not favour their interests in order to influence UK government decisions. Nevertheless, they reflect genuine business anxiety and calling their bluff remains very risky for the UK economy.

So what might we expect the impact of Brexit to be? There is no precedent for the UK or any other country leaving the EU (whatever ‘Brexit’ actually means) so the level of uncertainty surrounding any forecast is even greater than normal. But suppose, for illustrative purposes, that exporters to the EU postpone investment for a year while all other investors carry on as before (an unrealistic assumption because not all EU exporters will postpone investment on account of Brexit, while a number of non-EU exporters probably will, but on balance it allows us to get a sense of the orders of magnitude of any impact). UK National Accounts suggest this would cut approximately 1.5 percentage points off GDP. Suppose further that higher prices trim the contribution from consumption by about 1 – 2 percentage points (in line with past relationships) while the 10 per cent fall in the pound boosts the contribution to GDP from net exports by about 1 per cent. Summing this all up makes it likely that the UK economy will stall or grow very slowly next year relative to pre-Brexit consensus forecasts of 2 per cent growth.

Of course this is pure speculation and we won’t know the real data until this time next year at the earliest. Until then, as the summer warmth fades into memory, the UK economic outlook for the autumn and winter remains much like the meteorological one: unsettled with fog slowly clearing.

This post was originally posted on the LSE Brexit blog.

Dimitri Zenghelis is Joint-Head Policy at the Grantham Research Institute at the LSE. In 2014 he was Acting Chief Economist for the Global Commission on the Economy and Climate. He was recently Senior Economic Advisor to Cisco’s long term innovation group and an Associate Fellow at the Royal Institute of International Affairs, Chatham House. Previously, he headed the Stern Review Team at the Office of Climate Change, London, and was a senior economist on the Stern Review on the Economics of Climate Change. Before working on climate change, Dimitri was Head of Economic Forecasting at HM Treasury.