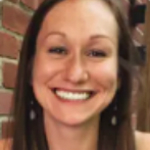 MIT researchers are developing playful assessments to measure student growth. This is the second part of a two-part story by Emily Tate looking at how one school is piloting the MIT research on playful assessments. In this new model, learning – and measuring that learning – looks a lot like playing. Read part one for background. Emily Tate is a reporter at EdSurge where she writes about the role and influence of technology in education, prior to joining EdSurge, she wrote about digital learning for EdScoop .

A single hallway nestled inside Murray High School in Charlottesville in the US, houses a newly redesigned middle school where students have been mapping out their colonisation of Mars, organising local and national election campaigns and designing labyrinthine escape rooms for the past three months.

Here at Community Public Charter School (Community Middle), students have been using vinyl cutters, 3D printers, hot glue guns and power drills, among a host of other props, in lieu of composition notebooks or Chromebooks.

And perhaps most novel, instead of traditional tests, they’re using “Sparkle Sleuths,” one in an emerging set of assessment tools to measure their mastery.

Part of the Albemarle County School District, Community Middle feels and functions differently than most other schools in America. The middle school has been in operation for 10 years, with innovation and the arts woven into its original charter. But it reopened this year with a new staff and a fresh design to realign with its mission to create learning experiences constructed around problems, projects and personal interests. In this new model, learning looks a lot like playing.

“We don’t have separated subject areas in our school. Everything is interdisciplinary,” explained Stephanie Passman, the lead teacher, during EdSurge’s recent visit to the school. And it’s “markedly different” from what most students are used to, she adds. Student schedules feature long blocks of project time and electives, with literacy and maths work peppered in throughout the week.

Students at Community Middle start their day in a 30-minute advisory period with classmates in their grade, but shortly after, they move around to work with students who share similar interests or are learning at their level.

As a lab school for the district, Community Middle is intended to be a model – or a guinea pig – for the future of learning. An essential component of that is providing learning experiences that are designed to teach students the skills most schools say they care about, like problem solving and critical thinking. The real challenge has been finding a reliable, scalable way to measure those skills.

Teachers and administrators at the school have been intentional about developing an effective system to assess student capacity and capability with this new model. But they haven’t done it alone. MIT and the nonprofit organisation Maker Ed have lent expertise and resources, including a unique set of assessment tools to gather evidence of student learning and growth.

The school is charged with identifying and piloting teaching and learning methods that other schools in Albemarle should adopt. But with MIT reinforcing its work, Community Middle has become a test site for schools nationwide.

Every two weeks, Community Middle introduces a new school-wide project that all 45 students work on simultaneously for about two hours per day. A recent one was the escape room, in which students devised a series of elaborate puzzles, riddles and other activities for players to solve in order to complete, or “escape,” the physical game. Before that project, it was the election campaign and the mars exploration.

For the escape room project, students were split into three groups – each of which created its own maze-like room – and every student had a different role.

“We ensure that we provide enough choice that students can take ownership of pieces that matter to them within that project,” Passman said. “It allows us to know their strengths and weaknesses, their interests and passions, and their social interactions.”

Students, in turn, learn about themselves and how to apply what they’ve discovered to different experiences and environments both inside and outside the classroom, she adds.

High-tech and low-tech tools are introduced where appropriate to enhance projects that encourage designing, building and tinkering. When students were constructing their escape rooms, for example, some used tools in the school’s makerspace to create signs, decoys and clues for their team.

The escape room project began in mid-October and concluded on Halloween, when the school opened its doors for parents and others in the community to come by and try to solve their way out of the rooms.

“Our goal with all of our projects is to have some authentic culmination, [not a] contrived due date,” Passman said. “It’s the very real world in terms of when something needs to be finished.”

During their work on the escape rooms, students were provided ample props, but many also brought materials from home, such as a black light and a full-body spandex suit. That level of engagement and enthusiasm, among other indicators, is how staff at Community Middle know their learning approach is working, Passman said. But after sharing about their work, they’ve also learned that anecdotes are not enough.

“People will say, ‘Well, that’s great, but how do you know they’re learning?’ As the teacher in the room, I know. But it’s a valid question,” she said. “They are wanting proof and metrics and something tangible to show that kids are learning. It really is a need, in order for this to work.”

A pilot in play

The staff at Community Middle were already thinking about this problem when MIT approached them last winter about being part of a pilot for their “playful assessment” research.

“It was a perfect match,” Chad Ratliff, the school principal, told EdSurge during the school visit. “While we’re helping them in their research – very specifically, how to integrate these tools in a public school environment – it’s mutually beneficial because they’re helping us think about how we assess.”

Playful assessment intends to capture growth in high-priority skills, like reasoning, creativity and collaboration, without students even knowing they’re being assessed. The idea is that playful assessment is less disruptive to the learning process and less threatening to students. It emphasises recognising and reflecting on what works and what doesn’t, and in response, identifying skills to improve on moving forward. A critical component is “actually giving [students] the chance to do better next time,” said Louisa Rosenheck, a research manager at MIT.

What they’re piloting at Community Middle, and at a public K-8 school in San Mateo, California, is “embedded assessment,” Rosenheck explained, which boils down to rigorous but subtle evidence collection.

The tools fall into two categories, according to Stephanie Chang, the director of impact at Maker Ed: who is assessing and what kind of growth is being captured. In the first category, the tools are classified as self, peer or teacher assessment. Under the second, the tools count as either setting context, collecting evidence of learning or making meaning of learning experiences. The Sparkle Sleuth, for example, counts as evidence collection and teacher assessment.

A Sparkle Sleuth is a set of colour-coded slips with icons that correspond to each of the maker elements. Teachers can “write a note down and hand it to the student, then use that later to reflect,” Passman described. It’s about flagging a unique accomplishment, behaviour, action or reaction a student had during a learning experience.

“There’s your evidence of a certain construct. It’s more than saying ‘Oh, that’s nice.’ You have a record of it,” Rosenheck added in a separate interview. “It validates what students are doing, too. Maybe they didn’t realise asking a friend for help is an important skill to build, but it is and we want them to see it.”

While working on the escape room project, two students, Gwen and Saylor, received Sparkle Sleuths for troubleshooting: According to the pink slips, they both worked hard to finish a video in spite of technical issues.

These assessment tools aren’t perfect. Community Middle sends feedback to MIT about their effectiveness and suggests changes that may help. But on the whole, the tools have established an important baseline from which the school’s assessment practices can grow and evolve, and they’ve helped educators emphasise the importance of skills outside those typically tested by standardised assessments.

“The work with MIT has allowed us to be explicit with students about the skills that they are honing,” Passman said. “We help the students recognise [and] celebrate those skills, and we’ll continue working on them.”

This is the second part of a two-part story looking at how one school is piloting MIT research on playful assessments to measure student growth. Read part one for background. This story is part of an EdSurge Research series about how school communities across the country are changing their practices to meet the needs of all learners. These stories are made publicly available with support from the Chan Zuckerberg Initiative, which had no influence over the content in this story. (Read the ethics statement here.) This work is licensed under a CC BY-NC-ND 4.0. 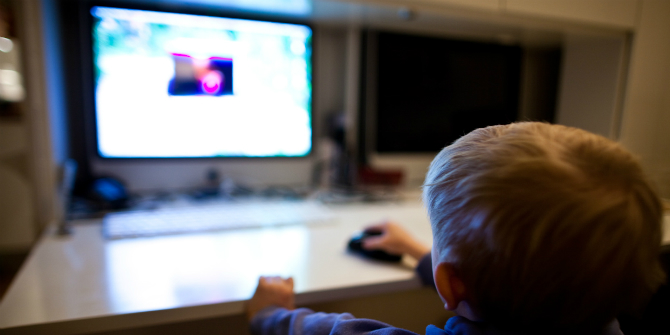