You never change things by fighting the existing reality. To change something, build a new model that makes the existing model obsolete.

In a 2015 submission for the UN Conference on Trade and Development (UNCTAD) Expert Meeting on “The Transformation of the International Investment Agreement Regime”, we argued that much of the criticism levelled against international investment agreements (IIAs) and Investor-State Dispute Settlement (ISDS) actually reflected much wider disappointments and frustrations with what international investment was delivering (or failing to deliver) to people globally. 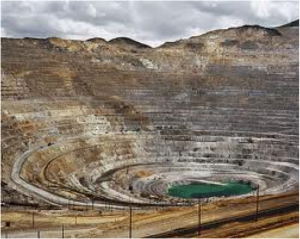 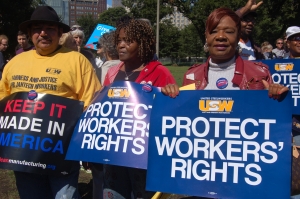 In three short years, the crisis we identified has worsened. The disappointment and frustration with economic globalisation and the governance structures that make it possible have grown stronger. Doubts about what the liberalisation of trade and investment can deliver have contributed to the election of a US leader who is openly hostile to free trade. UNCTAD reports that in the six months ending in February 2018, protectionist measures regarding investment have risen significantly around the world. Victims of failing economies, austerity measures and rising inequality are doubting multilateralism and open societies more generally. Despite the protectionist backlash, since 2016 there is also more pressure than ever to increase foreign direct investment (FDI) to meet the Sustainable Development Goals (SDGs). It is estimated that FDI should increase by 2.5 trillion USD annually to achieve them. This backdrop offers the perfect setting to institute meaningful and profound reform for the governance structures underpinning international investment. Yet dangerously, the discourse around international investment reform today has not shifted. It is fundamentally where it was in 2015.

UNCTAD is still focusing their reform efforts on how to “harness IIAs” for sustainable development. The question being asked is how existing instruments, which were designed for a different era and set of goals, can be reformed to achieve the SDGs. In our view, this framing misses the point by dangerously using IIAs as the only paradigm for bilateral or multilateral governance of international investment. This approach risks failure by forcing IIAs to be retro-fitted to achieve a task they were never designed to take on. Instead, if our global goal is to ensure FDI serves sustainable development, should we not be posing the more pertinent question of what kinds of governance structures can best ensure this? 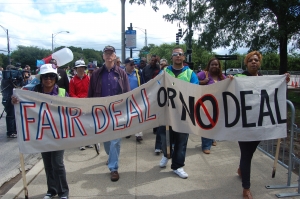 Importantly, the discussion on reform so far has also largely left out the voices of those who have borne the adverse consequences of investment globally. Discussions remain the task of a select group of international organisations, academics, policymakers, and practitioners. While NGOs have now been more active in this space and some consultations have been opened to the general public, in particular at the EU level, these do not suffice to replace the voice of impacted people.

Given the deepening crisis that is bringing on protectionist measures and the urgent need to ensure FDI can contribute to the SDGs, we need to take the bold move to think beyond IIAs. While this suggestion might have seemed unconceivable a few years ago, it is simply a matter of pragmatism today. We need to rethink international investment policymaking if we are going to have any chance of fostering sustainable development – or in policy terms – if we are going to accomplish the SDGs.

While we do not profess to have the magic formula for how to shape new governance structures for FDI that can support sustainable development, we believe that at a minimum we need to address some of the shortcomings of current reform efforts. First, wherever reform is being discussed, in whichever setting – whether by a single State, a regional grouping or globally – it needs to be inclusive, offering a way for meaningful participation of all interested parties – particularly those who have borne the adverse consequences of investment so far. The discussion should by definition look beyond existing treaties and procedures with the goal of creating a governance regime that suits individual States’ sustainable development needs. It also needs to be informed by evidence of the ways the current system is falling short – in particular, how it is adversely impacting people and the environment – as well as the ways that positive impact can be achieved. How to kick off such a process, and in what policy contexts, is the current challenge that we need to urgently address within the academic and practitioners’ circles concerned with the reform of IIAs and ISDS.

* The authors would like to thank Feroza Sanjana for her research support.