The Media Maze – guiding and empowering children through media

The Media Maze – guiding and empowering children through media 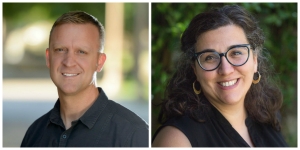 In this post Dr Alicia Blum-Ross interviews Dr Eric Rasmussen about his book, Media Maze: Unconventional Wisdom for Guiding Children Through Media, which argues in parent-friendly language that the secret to protecting kids online is to change parents’ focus from protecting them to empowering them. Eric is an Associate Professor in the College of Media & Communication at Texas Tech University and is also author of the Children and Media Man blog. Alicia is a Researcher at the LSE’s Department of Media and Communications. She is interested in youth media production and is part of the Parenting for a Digital Future research project. The interview has been condensed for clarity.

ABR: Throughout the book, you illustrate your research with examples from your own life, including your experiences raising four daughters. Can you say why you’ve chosen to draw on your personal experiences?

By sharing my own experiences in addition to my experiences as a researcher, I want to communicate to parents that I’m right there in the trenches with them. I hope that my personal experiences show how we’ve made some mistakes, as all parents do, and how we’ve tried to incorporate the research about kids and media into our own family. Every child and every family is different, of course, so how each family uses the research to help with their own media parenting will look different. But I think we all share the common hope that we can help our kids to get the most out of positive media content and to navigate successfully through negative media content.

ABR: You write that: “parents today can’t ask their parents how they approached media parenting, because their parents never lived through what we’re living through,” p3. What do you think is and is not different about parenting today, and can or should parents turn to their own parents for advice?

ER: For parents today, I think media parenting is qualitatively different than the media parenting of their own parents. Today’s media environment, with its proliferation of and easy access to information, is such that parents don’t have the luxury of being able to shield their kids from exposure to negative content. Similarly, parents today have never had so many resources available to them to help supplement their kids’ learning and growth. Yes, we should seek out and use the knowledge of past generations – it may be some of the most valuable advice we receive. But I think we should recognise that what parents today are doing in terms of media parenting has never been done before. At the same time, we’ve never had access to so much good research about media parenting. I think it’s incumbent on researchers, then, to make that available to parents in a way that is accessible to them. That’s been the goal of Media Maze since the beginning.

ABR: The metaphor of the ‘maze’ is central your book – which you liken to the monster-filled maze in the Triwizard Tournament in Harry Potter. What might this communicate to parents about the perilousness of media?

ER: I don’t think media is inherently good or bad, but I do think it can be used in both positive and negative ways. And I think that for kids, it’s often hard to discern between media content and habits that could be helpful and those that could be harmful. If we can develop a generation of media literate parents, I’d like to think that what we’re doing is giving parents a bird’s eye view of the maze. With that perspective, parents will more clearly see where media use could be problematic and where it could be helpful to children, and will be able to guide children to avoid some things and to enjoy other things. Media provides so many opportunities for learning and for connecting with other people. So, yes, I think the ‘media maze’ can be dangerous. I also think it can be a fun, rewarding experience.

ABR: At one point you say that the goals of this book are to, “help alter [parents’] attitude[s] abut violent media content, or about sexual media content… because once your attitude is altered, it is likely that your media habits will change,” p89. Why do you think that parents need to change their media habits?

ER: In my interactions with parents I often hear them express concern about both the amount of time their kids spend with media and about the content to which their children are exposed. My reading of the research suggests these worries are not unfounded, but that one of the biggest, if not the biggest, predictor of children’s media use is parents’ media use (see, for example, this article). If parents are worried about their child’s media use, the default, easy strategy is to turn the TV off, take away the phone, and limit children’s exposure. That may be the right thing to do (or it may not be), but I think research suggests that the first step should be to change our own media habits. It’s something that every parent can start doing today. It’s something that doesn’t require setting new rules or lecturing our kids. All it requires is an awareness that our example can be a powerful influence for good in the lives of our children.

ABR: Often parents in our research conflate their fears about risk with their fears about harm – a point I felt was under explored in your book. For example, you write, “playing violent games has essentially robbed their [young people who frequently play these games] brains of the ability to see violence for what it is,” p154. I read this as showing that they become desensitised to violence in video games, but not evidence that they are desensitised to violence in general. How do you think parents can be supported to distinguish between risks and harms?

ER: You make a great point about the distinction between risk and harm. Clearly, being desensitised to violence in video games is different to being desensitised to violence in general. As you point out, it is important to note that when we talk of media effects we’re talking about what could happen and not about what will happen. Just because children use the internet does not mean that they will experience harm. I think there is a balance that needs to be met – media is part of our kids’ world. To be successful moving forward, having the skills to use the media and to produce media is essential. Balancing that with the risks associated with media use seems to be the crux of parents’ concerns. I think the key to helping our kids find this balance is to empower them with the knowledge about the benefits and risks, so that they can make choices that will both minimise harm and maximise benefits for themselves. And empowering kids in this way requires parents who are themselves empowered by their own media literacy.

ABR: You give evocative examples from your own experiences as a parent and how you have developed relationships around and through media with your daughters – underscoring the point that not all benefits of media use are measured by research, sometimes it’s just about seeing Star Wars together. How do you think researchers could better consider these benefits – what you call a “feeling of unity” or even pure convenience and fun? These are the things many families want from media but are not often the focus of research.

ER: Perhaps I’m the exception, but it’s been my experience as a researcher that I study topics that are interesting to me. My research hasn’t necessarily focused on what I think will be of most interest to other parents. Perhaps we as researchers could change our approach to research by asking parents what is most important to them when it comes to children and media. And perhaps the questions we could begin to ask could include, ‘What do you want to get most out of the media? What do you want media to do for your child?’ Or ‘How can media be best used to support your family?’ Media has so much potential for good, I’d love to see the conversation change from ‘How can I protect my child from media content?’ to ‘Which of these media resources is best for helping my child learn?’

ABR: You say that you have told your daughter that she is not allowed to create an Instagram account because you “know how teenage boys think”. Could you expand on this? How much should we ask young people, especially women, to worry about what others think?

ER: This is an important, even essential, conversation to have, and I want to be sure that my reasons for not allowing photo-sharing social media in our home are placed in the appropriate, full context. I share this precisely because I don’t think youth, especially young women, should ever worry about what others think.

In chapter 7, I talk about setting media rules the right way and I share some of the rules we have in our family. For example, we allow Facebook, but we don’t allow Instagram, Snapchat or other photo-sharing social media. I feel strongly enough about this that I devote an entire section in the Appendix to discussing research about the striking double standard to which boys hold girls. For example, one study found that boys think that girls who send sexual text messages are ‘sluts’, while girls that don’t are ‘prudes’. In other words, I suggest, “in their search for approval and acceptance, girls feel serious social pressure to send risqué photos to boys”. In no way am I suggesting that girls’ behaviours should be based on what others think. That’s called victim blaming.

What I am suggesting (as I do in the Appendix) is the opposite, that we educate all youth, “that their worth is not, and never will be, based on their body or their appearance,” and “that it doesn’t matter what other people think of them”. Kids – both boys and girls – need to be taught that it’s never okay to objectify or to be objectified – and that’s exactly what sexting (and sharing risqué photos online) does to girls. It turns them into commodities, as visual representations of cultural ideals. Our daughters are not things. I hold to the pie-in-the-sky ideal that when boys and girls understand this, boys will no longer pressure a girl to send a sext, and girls will be empowered to overcome any pressure to send a sext. In the meantime, our family has chosen to avoid photo-sharing social media, for precisely these reasons. Other families might use this research to make other decisions about photo-sharing social media because their kids are different. 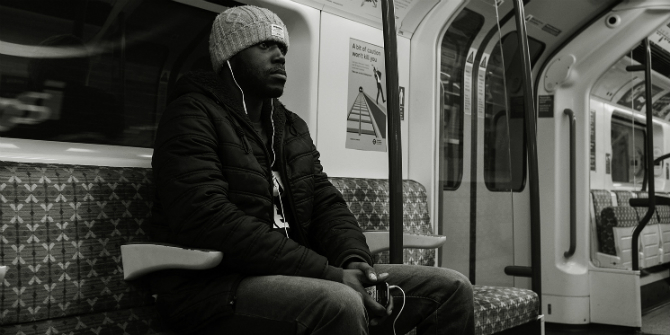 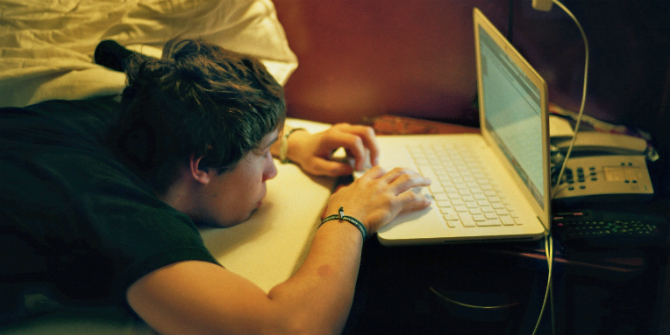 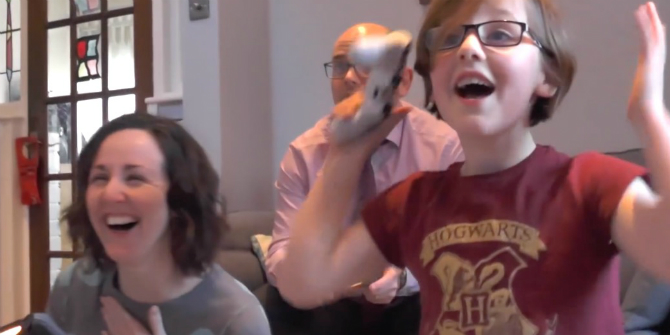 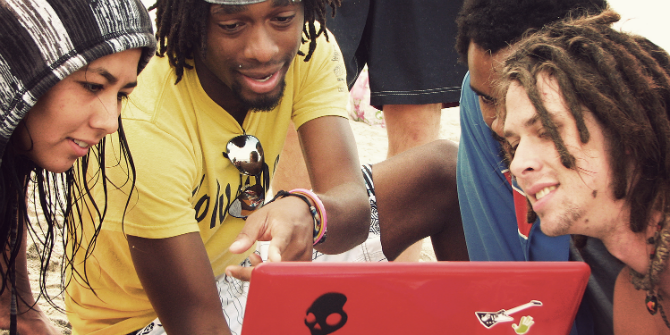