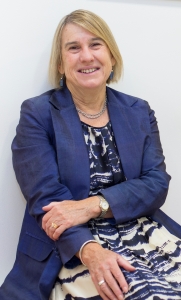 What is one reading you would recommend to others interested in supporting action to achieve gender equality?

There are too many great articles and books written by academics, activists and practitioners. I think the ground-breaking piece by Charlotte Bunch in 1990 ‘Women’s Rights as Human Rights: Toward a Re-Vision of Human Rights’ is still one of the best; it opened the way for rethinking and reconceptualising human rights in a way that was and continues to be meaningful for women.

What are the top cases (1-3) from around the world – global, regional and/or national – that you believe have been paramount in tackling violence against women?

It is too difficult to identify the top three cases. Over the past decade or so there have been a string of influential cases that have provided the legal framework for tackling violence against women. Instead, I will select a case from each of the regional human rights systems.

In Europe: the Opuz case spells out that domestic violence constitutes sex-based discrimination.

In the Americas: the Cottonfield case recognises the transformative potential of reparations (Velasquez-Rodriguez has also to be mentioned for its articulation of the State’s due diligence obligations with respect to acts of violence against women committed by non-State actors).

In Africa: the African Commission on Human and People’s Rights opinion in Egyptian Initiative for Personal Rights and INTERIGHTS v Egypt highlights the State’s obligation to protect women against the regular harassment and violence they experience in public places, and is seen by too many as normal.

In Asia: Although there is currently no ‘human rights system’, Vertido vs. The Philippines reviewed by the CEDAW Committee showed how stereotypes and myths about rape prevent women’s access to justice.

Again, it is hard to pick out any one. The social movement against violence against women has engaged so many participants in so many ways, and I am proud to have played some small role in it. But the most inspiring are those women who continue to assert their right, and the rights of all women to be free from violence, on the ground in the most unforgiving of circumstances and at great costs to themselves. I feel truly humbled by their courage.

I think the Tokyo Women’s Tribunal was one highlight. The determination and bravery of the former comfort women, coming to Tokyo and speaking out before civil society were unforgettable. Praise has to be given to the women across Asia who made this happen.

As a lawyer, the advice I give is to work with the legal tools we have and to work with others across all fields – health workers, social workers, educationalists – to provide a holistic and multi-strand approach to eliminating gender-based violence in all its forms.

Here, in the UK, we must insist that the Government keeps its promise to ratify the Istanbul Convention and then commit to implement it fully – and, most importantly, with full resources. It is unacceptable and short sighted to allow work to tackle violence against women to be undermined by austerity politics.

I encourage those who have and continue to undertake this work to keep plugging away so that the unacceptable reality of violence against women is not allowed to become invisible.

Extremism, of all sorts.

The invisibility of the ‘normal’ everyday violence that only gets remarked upon when it reaches extreme levels.

Too many to mention them all here. But, most importantly, the many grass roots activists across the globe who continue their work with limited or no resources other than their own determination and bravery.

In the UK, I think exceptional work is being done by those working with and for women refugees, asylum seekers and victims of torture. Two organisations that come to mind are Southall Black Sisters and Sisters for Change, who are working with some of the most marginalised women in the UK, India and Indonesia.

Want more on Professor Christine Chinkin’s work? Visit her page on the Centre for Women, Peace and Security website.  You can also read her news article on the UK’s failure to ratify the Istanbul Convention on “The Conversation.”