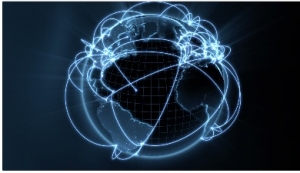 The Investment & Human Rights Project (IHRP) is gearing up for its two-country pilot project on investment and human rights. On October 27 and 28 the IHRP will hold a workshop and stakeholder dialogues in Bogota, Colombia and then will host similar events on November 10 and 11 in Jakarta, Indonesia. These events are part of the IHRP’s work to push forward State implementation of the UN Guiding Principles on Business and Human Right (UNGPs). The events will engage a range of stakeholders to discuss the practical implementation of the UNGPs in investment policy in both countries. These events are timely because they will contribute to current efforts in both countries to develop National Action Plans (NAPs) for State implementation of the UNGPs.

In April 2015 the IHRP was awarded a project grant from the UK Foreign and Commonwealth Office as part of its Human Rights and Democracy Programme. Since then, the IHRP has been hard at work implementing the Project, which will culminate in February 2016.

Specifically, the Project will offer two main outputs of general interest. First, it will result in a handbook published in English, Spanish and Indonesian to provide practical guidance to States regarding how to implement their DtP under the UNGPs in the area of investment policy. The handbook will consider the State role regarding the promotion, facilitation and regulation of foreign investment pinpointing key human rights issues that also relate to investment law and policy. It will also provide examples of measures adopted by States as examples of good practice.

Second, it will produce reflections and recommendations on the implementation of the DtP in investment policy for Colombia and Indonesia based on two sets of pilot events planned for each country. The pilots seek to contribute to current efforts in both countries to develop NAPs for the UNGPs. The pilots will engage government, civil society, the national human rights institutions and other interested stakeholders in a workshop to explore how the UNGPs apply to investment policy generally, and what this may mean specifically in the context of each country. Each workshop will be followed by a series of stakeholder dialogues to discuss priority human rights issues related to investment and challenges to implementing the UNGPs in investment policy in the country. The dialogues will also explore possible recommendations for each country’s NAP.

The IHRP will be presenting the outcomes of its work in Colombia and Indonesia at the UN Annual Forum on Business and Human Rights in Geneva on 16 November 2015 in a panel discussion organised jointly by the IHRP and the UN Working Group on Business and Human Rights. The IHRP will also present these outcomes in other international meetings over the course of the months leading to the end of the Project in February 2016.

Project updates and the final publications will be published on the IHRP Learning Hub.