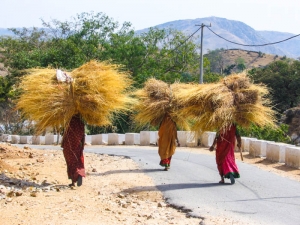 On 19 October 2016 the IHR Project and the Business and Human Rights Resource Centre will host an expert meeting on investment and human rights. A group of human rights practitioners, investment specialists and academics from across the globe will gather at the LSE to discuss what international human rights law and policy can offer to current reform efforts regarding international investment.

During the last several years, international investment agreements, like the Transatlantic Trade and Investment Partnership  (TTIP) being negotiated between Europe and the United States or the Transpacific Trade Partnership Agreement (TPPA) deal between the United States and  11 other countries have proven very controversial. Protests across Europe (embed link), in the United States, Latin America, Asia and Africa have expressed fears that such investment agreements do not create benefits for people, but instead benefit only large corporate interests to the detriment of human rights and democratic institutions.

Discussion about reforming these investment agreements to address some of the fears expressed across the world have begun. But the question remains whether the reform efforts, as they are being framed, will be sufficient to ensure that international investment will not infringe on people’s rights and will enhance the enjoyment of human rights such as access to an adequate standard of living, food, water, medical care and education.

The 19 October invitation-only meeting will look at whether a human rights perspective could help to ensure that reform efforts hit the mark. It will also address what research is needed to bring human rights to play meaningfully into the discussions about international investment reform and what role human rights advocates could play. A short note will be published on the Hub to provide the IHR Project’s reflections from the meeting.