Elections and the Quest for a ‘Stable’ Electoral System in Kosovo 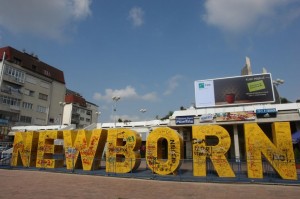 Since the talks between Kosovo and Serbia ended with an agreement between the two countries on 19th May, a great deal of EU attention has focused on the implementation of that agreement. The two Prime Ministers were invited to Brussels by the EU’s High Representative Catherine Ashton on 21st May hoping that the two could come to terms on a plan after their delegates failed to do so earlier in the month. The talks ended yesterday with the two parties agreeing, in principle, to a joint text that foresees implementation steps for the next six months. With that done, the debate over local elections is expected to heat up much more domestically.

Considering that previous experience with both local and general elections has not been admirable, the carrying out of these elections will be even more problematic as they are also meant to take place in the Serb-populated municipalities of northern Kosovo. While getting the agreement implemented seems a more immediate concern for the EU, it will not go unnoticed that Kosovo, it appears, will conduct the local elections without prior reforms to the legal framework for which the EU has called for since the 2009 municipal and the 2010 general elections were marked by ‘serious shortcomings and technical difficulties’. As Kosovo conducts its local elections it must not forget that these will be another crucial test: Kosovo will need to show that it can comply with the most fundamental political criteria for EU membership, namely free and fair elections. Without much progress on this essential criterion it seems unlikely that anything else will get Kosovo closer to joining the EU.

Local elections, by law, need to take place this year, but the actual date has not been yet announced by the President of Kosovo. This has left much room for speculation, with media debate about whether they will take place this year, or whether they will be postponed until next year (when the general elections are also scheduled to take place). Balkan Insight, part of the Balkan Investigative Reporting Network (BIRN), reported that the elections might be delayed until next year when according to their source ‘chances to have a successful electoral process in the northern part of the country have increased’. Locally, much of the media discourse has centred around the actual month when elections could take place this year instead, which is a reflection of where the political parties as well as civil society organisations stand on this matter. Telegrafi reported that PDK, the major coalition partner in the government, has suggested mid-October as an ‘optimal date’ for elections on the grounds that ‘parties will have more time to prepare for the elections’ without questioning first how much of a difference a few days will make and, second, the fact that most of the other parties do not seem to share that view.

The majority of opposition parties and civil society organisations claim that elections should take place at the end of September or early October. Otherwise, they fear that if elections take place after daylight savings time ends, and considering that there will be a run-off for candidates not gaining an absolute majority in the first round, this could be a serious problem. The earlier it gets darker, the easier to ‘operate’. It was an article entitled ‘They want to hold elections in the dark’, which seems to have first been published by Zeri but replicated across a large number of other newspapers, that perhaps best reflected this worry. As a representative from the biggest opposition party noted, ‘from the experience we’ve had, we know that late night voting and counting has led to vote theft and manipulations of all sorts’. Certainly, manipulations have also taken place during the day as well with ENEMO (International Election Observation Mission) reporting instances of group and proxy voting, attempts to influence voters, and a presence of unauthorised persons at polling stations. Likewise, the whole debate neglects the ‘what if elections do take place late in the fall or even winter’ question. Would this mean that parties will give in to the vote buying and manipulations of all sorts on which the European Commission  Progress Report will surely report afterwards?

Well, by way of ‘comfort’, a representative of the Central Election Commission (CEC) recently reported that CEC is doing everything to ‘strengthen its monitoring capacities and encourage political parties to approach these elections more seriously’. The representative reported that, so far, CEC has worked in getting 30,000 people, mainly long deceased, and some of whom ‘appeared’ to have voted in recent elections, off the voters list. Nobody however has questioned the possible impact that getting 30,000 people, about 2% of the electorate, off the lists will have. A comparison with Croatia shows some 700,000 people, as reported by SETimes, have been taken off voters lists for the local elections that took place last Sunday,  representing about 17% of the electorate. Moreover, the issue with voters lists does not seem to be as pressing overall with Croatia clearing up its lists just before it joins the EU this July. What other measures will be taken is not yet obvious. Neither is CEC’s plan to ‘encourage’ political parties to approach these elections ‘more seriously’. The political parties cannot agree on the electoral changes amongst themselves and this is perhaps the main reason why Kosovo will hold elections overlooking the EU’s requirements.

The whole discussion on electoral reform is, in fact, part of a larger debate linked to the law on general elections. While irregularities in these elections were more or less the same as those concerning local elections, in the former it is the electoral system that is seen to be responsible for the outcome. As such, since a parliamentary committee on reforming the law was set up in 2011, parties have been deliberating on changing the electoral system from open-list to closed-list PR, preserving the nationwide district or breaking the whole territory into several districts, allowing voters to cast only one or more preference votes as is currently the case, as well as deciding what the electoral threshold will be – it currently 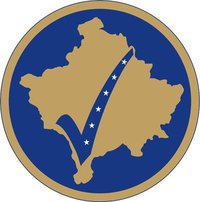 stands at 5%. So what is the alleged connection? One of them is that since voters are allowed to cast up to five preference votes, and since not all of them make use of these preference votes, it leaves room for vote manipulation whereby candidates team up with electoral commissioners to boost their own electoral support at the expense of voters’ true preferences. A post-election report by the EU EMM (European Union Election Expert Mission to Kosovo) stated that the sum of preference votes for candidates in a given party sometimes exceeded the total number of votes for that entity multiplied by five. Related to that is the argument that moving back to closed-list PR, which was in use until 2007, will eliminate the ‘hard-fought’ intra-party competition and hence will eliminate vote manipulations.

While none of the proposed changes have taken place yet, if they do this will be about the sixth time (measured in terms of legislative acts) Kosovo undergoes electoral system changes since the first parliamentary elections in 2001, with several changes taking place each time. Among those, in 2007 open-list PR replaced closed-list PR, owing to a civil society initiative to strengthen the voter-representative relationship, and voters were allowed to cast up to ten preference votes, which was reported to have caused much confusion among voters. These changes have been shown to make little, if no, impact on the carrying out of the elections despite the fact that there seems to be a large public discourse reflected in the media, yet shaped by the political parties themselves, that the electoral system is to blame. Instead of blaming the electoral system and perhaps waiting to see what the plan looks like, the whole issue should be part of a larger debate on the institutionalisation of the party system, or even part of a wider discourse on democratisation where informal rules are abolished and where the formal rules determine political behaviour. The local media have done a great job in monitoring and reporting irregularities in previous elections and they too can help bring the discourse back on track to what is really impeding free and fair elections. What is hindering elections is the lack of prosecution of those involved in the conduct of elections including dishonest politicians who manipulate peoples’ vote and yet claim to ‘represent’ them. Voters need to know who is abusing their vote. Otherwise, they will be reluctant to turn out at future elections. Too much focus on the electoral system works at the expense of tackling the real problems which lie in the behaviour of political actors.

Shqipe Mjekiqi is currently a PhD candidate at Trinity College Dublin and has previously worked as an Adviser on European Integration to the former President of Kosovo (2006-2010).