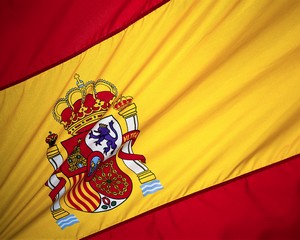 With unemployment reaching record rates almost every month, families losing purchasing power and a dramatic credit crunch for small business, the situation in Spain does not seem very favourable for entrepreneurs and start-ups. In addition, the country has a one of the heaviest process for business creation, with taxes, authorisations and delays that make quite difficult initiate a new company. Is there any hope for entrepreneurs? There are three main challenges that anyone willing to invest in Spain is likely to face:

a) The credit crunch in Spain

Without credit, it is very difficult to imagine that entrepreneurs can innovate. Of course one of the major causes of the economic downturn in Spain was the credit bubble (mostly but not exclusively in the construction sector). But a closer look at the figures from the Spanish Central Bank (Banco de España) reveals that the magnitude of the credit crunch is such that getting a loan to start a business has become impossible for most of the new projects.

Between the end of 2007 and first quarter of 2013, new loans for small and medium (non financial) businesses under 1 million euro have decreased nearly 70%. In comparison, from the beginning of 2003 to the end of 2007 there was an increase of nearly 30%. The correction is going too far, mainly because banks are still dealing with construction bad loans. 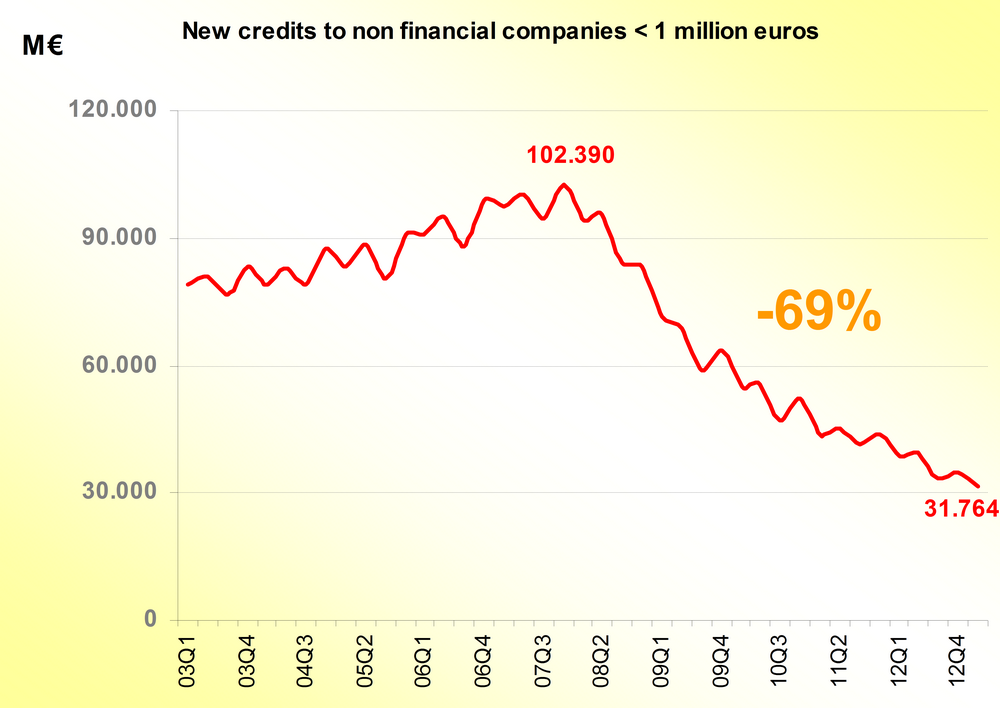 Every year, the Spanish Institute of Statistics (Instituto Nacional de Estadística) publishes the average family expense budget. For 2012 the amount was 28 152 €, 3,4% less than 2011 and 11% under the maximum of 2007. This is a good indicator of the purchasing power decrease in the country. With less money to spend in the average family, the national market is decreasing every year. At the same time the unemployment rate and most taxes are increasing, which makes even harder for new businesses to reach profitability.

Even those that have the financial resources, have identified a market opportunity and developed an appropriate business plan to set a new business still need to overcome the Spanish Administration. According to the World Bank’s report ‘Doing Business’, Spain is ranked 44th overall for business environment, but is only in the 136th position in the category ‘Starting a Business’.  It is not surprising: even a small own business needs to pay more than 250€ in taxes each month, even without income. Despite some recent government policies aiming at reducing the costs for entrepreneurs, such as the recent ‘Ley de Emprendedores’, being an entrepreneur in Spain continues to be much more expensive that in other European countries, such as the UK. Registering a company is expensive and slow (at least one month), while each of the administrations (local, regional and state level) require different authorisations for opening a business and licensing any good or service.

Although the administrative obstacles are not the main problem in Spain, they constitute an important psychological barrier for many would-be entrepreneurs.

There are opportunities for new businesses

Although the situation is very complicated, in times of crisis the market is full of opportunities. Concepts involving exports are doing well, and the same happens for low-cost companies or even luxury businesses (rich Spaniards are getting richer during the crisis). Innovation is the key. This is a great moment to rethink priorities. The ‘traditional’ Spanish economy based on construction and tourism has to be replaced by a much more complete network of diversified sectors. It seems that politicians are still trying to hang to the past, and probably this is one of the reasons the crisis will still last several years.

Let’s hope this will change. The sooner, the better.

Antoine Kerfant is a business consultant for Spanish entrepreneurs at Consultoría Financiera Kerfant and a blogger at Crear mi Empresa. He is also one of the founders of the platform for public deliberation and civic engagement, netivist.

1 Response to Start a business in Spain: mission impossible?