Political success will be measured by how many EU economic migrants one manages to put off – a race to the bottom gradually spreading across Europe. 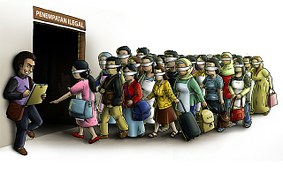 “When you allow this to happen, you end up on a slippery slope, with no chance of climbing back up. And then you just keep slipping faster and faster,” maintained Westerwelle. To the next question, on how he viewed Europe’s situation, he replied: “It’s worrying… Europe has yet to be accomplished, as a political project I mean. What you build together, can also fall apart. I see lots of centrifugal forces around.”

Soon after this interview, the idea that EU workers shouldn’t be entitled to the same social rights as national workers started to gather serious momentum. It had been in the air for some time. But it never materialised, until Britain got it off the ground and made it viable. Brussels gave it the green light (“fighting abuse of free movement” was how European Council president Donald Tusk defined it), after initially rejecting it for being discriminatory. To restrict benefit entitlement is now seen as desirable. Freedom of movement is still important, no moderates dare question it – but a cornerstone?

Germany is also weighing up EU workers’ benefit entitlements. A bill will soon be debated in the Bundestag. Access to the national welfare safety net may well be restricted in some shape or form. Europeans would be banned from most unemployment benefits for five years following their arrival. The bill, however, also contains provisions to partly help those not entitled to benefits: for four weeks claimants would receive benefits for food and other basic needs. At the same time, they would get a refundable grant to cover travel expenses to get back to their country, where they can ask for social aid.

This development comes from the social-democratic SPD. Strange? Not really. Their British allies in the EU parliament, i.e. Labour, similarly encouraged restrictions on incoming foreign workers from Europe. The party’s merchandising included mugs sporting an anti-immigration message – and that was under Ed Miliband, the most leftist leader for quite some time.

On international mobility, Europe’s lifeblood, the frazzled party had nothing to say in 2015; only recently, Labour shook itself from its torpor on Continental matters and dropped any Eurosceptic feelings it still harboured. Even Jeremy Corbyn, who initially embraced the initial trade unions’ abhorrence of Brussels, proceeded to delete anti-EU affirmations from his blog, once the unions had also completed their turnaround.

The SPD minister for work and social affairs Andrea Nahles is adamant inner-EU freedom of movement is of paramount importance. “But freedom of access to social welfare is something else,” she also snappily added. 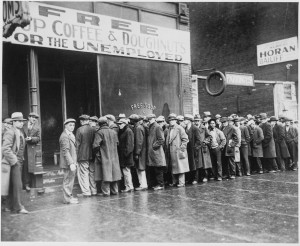 EU workers are now seen as a burden by their adoptive countries. Süddeutsche Zeitung, a centre-left influential daily, published an editorial endorsing Nahes’s new style à la David Cameron. No matter how many times work policy experts and fiscal statisticians claim immigrants are net contributors, the idea of portraying EU foreigners as a burden sounds ever more appealing to wealthier countries. It pays political dividends; it has become fair game.

And it has mesmerised supposedly internationalist parties too. These seem to forget what left politics is about: pushing against age-old, fixed boundaries of class, race, ethnicity and gender, which Europe (and its vital mobility) should in theory benefit from. But it’s not the social project it used to be. Westerwelle was right.

Alessio Colonnelli holds a B.A./M.A. in German, Spanish and literary translation from Padua University, and regularly contributes to openDemocracy and Left Foot Forward. He taught languages in Madrid and Barcelona, and was an international press editor for a well-known media intelligence company in London.