In 2015, Greece, an EU state member since 1981 with a population of 10,846,979 people, recorded the highest level of GGD (General Government Gross Debt to GDP ratio) in the EU-28, at 176.9%. Concerning the volume index of GDP (Gross Domestic Product) per capita in PPS (Purchasing Parity Standards) we find Greece’s GDP per capita dropped from 4% lower than the EU-28 average in 2004 to 29% lower in 2015.  However, GDP is a measure of a country’s economic activity, and therefore it should not be considered a measure of a country’s well-being. If we take the AIC (Actual Individual Consumption) per capita in PPS (Purchasing Power Standard) as a better indicator to describe the material welfare of households, Greece showed an AIC index per capitalower by some 19% than the EU-28 average in 2015. Labour productivity per hour worked expressed in US $ (which means GDP per hour worked expressed in US $) was estimated among the lowest in the EU-28, at $32 in 2015. Curiously, Greece has the highest average hours worked per year in the EU-28, at 2,042 hours, its average hourly labour cost is among the lowest in the EU-28, at €14.5, its average annual wages at US $25,211 and unemployment rate of 24.90%. 43% of pensioners live on €660/month on average, and many Greek pensioners are also supporting unemployed children and grandchildren. 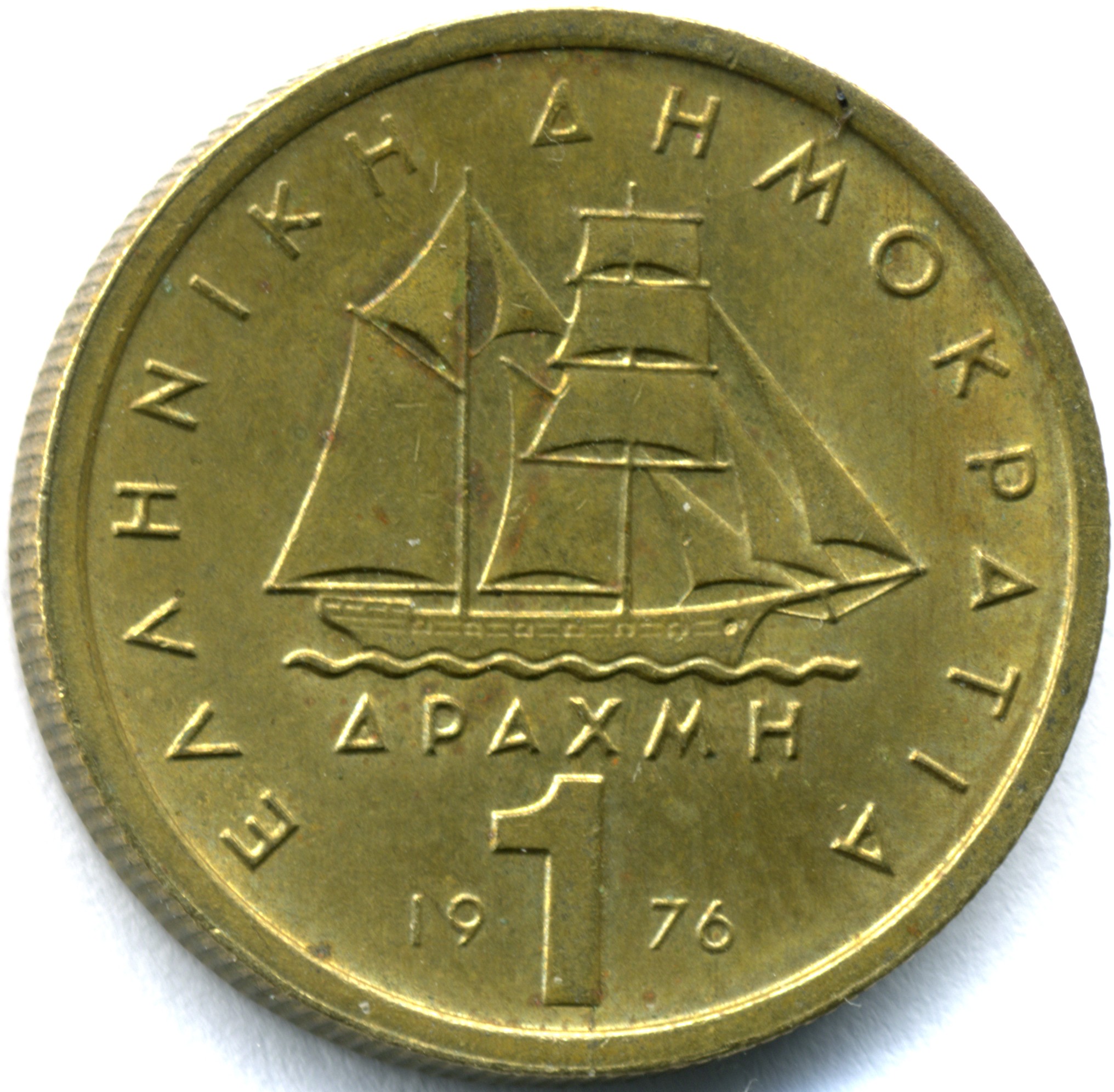 Greece has debt repayments of 7.2 billion euros due in July and concerns over a possible sovereign debt default are gaining ground within the EU agenda. News about Greece’s socio-economic situation continues to be grim., Yannis Dragasakis, Greece’s deputy prime minister, has talked about the need of a wholly new economic policy to boost investments, re-ignite growth, draft a new growth strategy, and more, just in order to lower the unemployment rate to the pre-crisis level of 8% in the next 10 years. In the same vein, Alexis Tsipras’s two-party administration has approached the World Bank for a €3bn (£2.6bn) loan to finance employment policies and programmes.

Unemployment is a tragedy for Greece. The highest jobless rate was recorded in 2014, at 27.8%. The current level of unemployment, the highest in the EU, is about 24%. Unemployed workers between 45 and 64 years of age (currently almost one in three unemployed, around 347,400 people, whereof280,000 are long-term unemployed, in 2009 they were one in five, or 99,000 people)-  ,and young unemployed people aged 15-24(close to 50% of the total) are the most adversely affected demographics. According to ELSTAT (Hellenic Statistical Authority) – GSEE (General Confederation of Greek Workers), nine out of ten Greeks without job do not receive unemployment benefits and 71.8-73.8% (around 807,000 people) of all unemployed (1,124,000 people) have been out of work for more than twelve months, while only 1.5% of them receive the 700 euro/month applicable to the long-term registered unemployed. In the last quarter report for 2016, ELSTAT shows that the amount of Greeks facing long-term unemployment has risen some 146% (from 327,700 to 807,000 people) over the 6-year period. Additionally, there are 350,000 Greek families without a single member working, and unemployment has led some 300,000 highly skilled professionals and workers to leave the country. Despite the painful and sustained austerity measures, the Greek economy shrank at an annual 1.1 % in the fourth quarter of 2016 as a result of lower public consumption, as well as a drop in net exports.

According to a study carry out by the Cologne Institute of Economic Research, poverty rate in Greece increased by 40% from 2008 to 2015, the largest increase among EU countries. A new multidimensional poverty index was used to calculate poverty, which is not based on income alone but on other factors such as the deprivation of material goods, quality of education, underemployment and, access to healthcare. In 2015, according to Eurostat, more than one in three residents of Greece experienced conditions of poverty and/or social exclusion. The percentage of those within this group had risen from 29.1% in 2008 to 35.7% in 2015, or 3.8 million people. 21.4% of the Greek population are living below the national poverty line (with an income less than 60 % of the national average), 22.2 % are severely materially deprived, and 16.8 % live in households with low work intensity. According to a study conducted by diaNEOsis, a non-government research and analysis organization, Greeks have lost 1/3 of their purchasing power and 1/4 of their income; 15% of the population, or 1,647,703 Greek citizens, lived in extreme poverty in 2015. The study considers that the extreme poverty line ranges from 182 €/month for a single person in semi-urban or rural areas living in a privately own home, to 905 €/month for a couple with two children living in Athens and paying rent or mortgage. Around 70-75% of unemployed people are the most vulnerable group to extreme poverty. Interestingly, only 1% of public sector employees and their families, workers in public utilities and bank employees fall under the extreme poverty line.

In 2014, according to UNICEF, 25.3% of children were living in poverty, i.e. 424,000 children. In 2015, according to Eurostat, 37.8% of Greek children aged up to 17 live at risk of poverty or social exclusion, namely710,000 children, the highest percentage in the EU since 2010. These are children living in households with at least one of the following characteristics: at-risk-of-poverty after social transfers, severely materially deprived or with very low work intensity. According to UNICEF, almost one in two children were living in conditions of material deprivation and more than half a million(approximately 3 out of 10) live below the poverty line. The Greek branch of Doctors of the World reported that more than 250,000 children in Greece do not have access to public healthcare and do not receive the necessary vaccinations. According to the Institute of Preventive Medicine Environmental and Occupational Health (PROLEPSIS) six out of ten students in 64 state schools in Athens are facing food shortages, 61% of students have one unemployed parent, and 17% have both parents unemployed. Around 11% of children are without social security.

Negotiations between creditors and Greek government

No signs of agreement are emerging between Greece’s creditors (the so–called troika: European Commission, European Central Bank and IMF) and the Greek government. There are still technical differences on issues such as pension cuts, labour market legislation concerning mass layoffs, changes in union laws (for example: lockout), lower tax-free threshold for low incomes and collective bargaining. The Greek pension system absorbs 11% of GDP a level which the IMF considers “extremely generous”. But pensions have been cut 12 times in recent years and some retirees are surviving on little more than €300 a month. Furthermore, public pensions in Greece are substitutes for other types of social expenditure, and for this reason they are significantly higher than the average of OECD countries (by 7.8%). An overhaul of the tax system is a one of IMF’s key demands that would affect to 1.5 million taxpayers. More than 50% of Greek wage earners do not pay income tax, but this low taxation reflects in part the economic collapse, precarious, and poorly-paid jobs. Such differences appear too large to be permanently solved by means of a stable agreements, mainly in two points: pensions and labour market regulation. Concerning pensions, the IMF is not conceding on Greece’s request to implement pension cuts from 2020 onwards, insisting instead that pension reforms must be implemented in 2019.  About deregulation of the labour market, Greece’s leftist administration is reluctant to accept the IMF terms arguing that its labour laws are based on the acquis communautaire. Another burning issue is the liberalisation of the energy market required by lenders (creditors); the aim is to privatize 17% of PPC (Public Power Corporation), which provides 40% of all electrical power in Greece, by mid-2018.

This disagreement is delaying the bailout review that Greece needs in order to get the next portion of its aid payment, a €10.3 billion (; £7.8bn) tranche from its €86bn £61bn) bailout programme as approved in 2015,  in order to conver more than 7 billion euros ($7.6 billion) of bonds maturing in July. Furthermore, EU and the IMF have been in disagreement for months over whether Greece will ever be able to repay its debt, and particularly the European demand to Greece to maintain a primary surplus budget target of 3.5% of GDP for a decade from 2018a policy which the IMF does not share. The primary surplus is the gap between government income and spending, excluding interest payments and national debt, in other words, what is left to service debt after the government considers its revenues and expenditure for running the country. While only a few IMF directors agree with the higher 3.5% target maintained by EU, most of them do not believe that Greece has realistic chances to meet this target. Additionally, it would generate higher austerity, which could damage the emerging recovery. Thus, they are favourably inclined to a Greek primary surplus target of 1.5% of GDP by 2018.

A bailout country is forced to increase taxes on households and SMEs (when, on the contrary, it would be necessary to impose a progressive taxation and to reduce or prevent a greater tax burden on households, low-income families, severance pays and SMEs) and spending cuts in core government functions such as education, research & development, school meals, healthcare. Therefore, these bailout policies are generating abject generalised poverty, child poverty, precarious and poorly-pay jobs, higher unemployment rates, enormous social inequalities and socio-economic conflicts. They also hurt the country’s economy so much that despite the bailout, the country cannot raise money (drop in consumer spending as a result of less purchasing power due to low wages and higher taxes, weaker domestic industry and closure of firms) to pay off its debts on its own, and will keep needing additional bailout money. Greeks citizens (as well as others Eurozone’s citizens) have to ask themselves what have been the advantages that they gained since they joined the Euro currency, with the consequent loss of an independent monetary policy.