Inter-European solidarity has been in short supply across the Euro zone. While politicians deployed solidarity as one of the rationales for aiding the Greek economy, the notion has largely lost its appeal as the crisis continues. In Finland the rapid erosion of sense of solidarity is embedded in a sense of injustice.

The EU is not only an economic union but also a normative community sharing values and beliefs. Solidarity has traditionally been one of them; the common market and redistributing the benefits of economic development from the richer to the poorer regions of Europe have been seen as generating prosperity and stability for all. Equity, reciprocity and fairness have, at least on paper, underwritten sense of mutual solidarity within the EU. However, a profound sense of unfairness of the Euro crisis has undermined the notion of solidarity in the Finnish public discourse; why should member states conducting responsible economic policy pick up the tab of those who have lived beyond their means, many Finns ask.

In a policy speech on the EU last week, the Finnish Prime Minister, Jyrki Katainen, formulated his vision of solidarity. In catering for the public unease over the Finnish participation in the Euro zone rescue packages, Katainen articulated the kind of solidarity the EU needs; ‘fairer solidarity’. ‘Unfair solidarity’, according to the Finnish PM, is what we are currently witnessing; member states opting for lax economic policy are bailed out by those playing by the EU rules. What the EU needs, Katainen argues, is not large scale institutional reform, but ‘fairer integration’. Fairness, as he points out repeatedly, boils down to abiding by the common EU rules.

Indeed, both advocates and critics of rescue packages in the Finnish public debates reject what are seen as Southern European demands for unconditional political, social and economic solidarity. For many Finns participation in the Euro zone rescue effort has more to do with economic necessity than moral or social kinship. 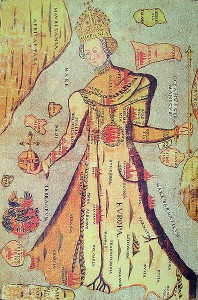 That different conceptualizations across Euro zone states of what solidarity really means is hardly surprising. Even official EU documents, often referring to solidarity, fail to provide an unambiguous definition of the concept. While the solidarity clause in the Lisbon Treaty compels member states to assist one another in the case of terrorist attacks or natural disasters, solidarity beyond the realm of security remains an elusive concept. Ultimately, the meaning and scope solidarity are likely to be determined by what is politically expedient in each member state.

As the crisis deepens, the different notions of European solidarity are likely to drift further apart. This serves as a stark reminder of the fundamentally contested and uncertain future of the EU. Economic union may be able to function without a sense of solidarity but the EU – with its distinctly political dimension – is far beyond being merely a common market. What is clear is that if the way out of the current crisis is deeper political integration, the growing solidarity deficit is bound to make further political integration a task of herculean proportions.

This entry was posted in Finland, Outi Keranen and tagged Solidarity. Bookmark the permalink.

2 Responses to Fair and Unfair Solidarity?