Managing the Crisis through Secrecy?

Transparency and access to information in crisis-ridden Europe have become sparse currency. While Brussels aims to tackle tax evasion through openness and more effective exchange of information, the uninvestigated claims of money laundering in Cyprus and the secretive decision-making in the ECB are but few examples of lack of accountability. Much of the crisis management takes place behind closed doors: the former Chairman of the Eurogroup, Jean-Claude Juncker went as far as to suggest in 2011 that the euro group meetings ought to take place in ‘dark, secret rooms’ to avoid speculation by the markets. 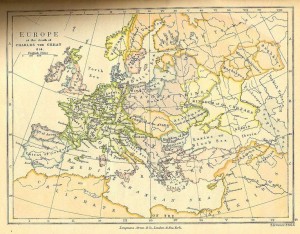 Although signed at a public ceremony, the 2012 Greco-Finnish deal on collateral was metaphorically-speaking negotiated in a dark room. The details of the bilateral agreement on the Greek collateral as a requisite for Finland’s participation in the rescue package were kept from the public on the grounds of a Greek demand for secrecy.  MPs in Finland were given the opportunity to see censored sections of the agreement but were not distributed copies of the deal. The clandestine nature of the agreement caused anger and concern. The opposition parties and media rose to the barricades to demand access to the agreement and the country’s leading law professionals raised concerns over the principle of transparency encoded in the Finnish Constitution. Earlier this month the Finnish Supreme Administrative Court decreed the Ministry’s decision to withhold the documents as a violation of the country’s transparency laws. The decision was celebrated as a victory for democracy, accountability and openness in Finland as the decision obliged the Ministry of Finance to publish the documents. On reading the full details of the deal, the opposition parties were quick to express their outrage as the term ‘collateral’ was notable in its absence in the documents. The center party Keskusta even claimed that no actual deal between Greece and Finland exists on the basis of the released documents and demanded another parliamentary debate on the terms of the agreement.

What is perhaps more concerning, at least from the point of view of democratic accountability, is the complex nature of the agreement. Without a thorough understanding of bond markets, securities and total return swaps, it is virtually impossible to determine whether the agreement has any real substance (that is, to protect the interests of the Finnish tax payer, as claimed by the Finnish government). Even economists and experts in finance have been unable to comment, on the basis of the released documents, whether Finland is worse or better off with the agreement. The business daily Taloussanomat argues that the opaqueness of the deal is no accident. The complexity of the arrangement couched in technical language serves to hide political embarrassment, if (as many commentators argue) the deal turns out to have little real significance in protecting Finland as a contributor to the rescue package.

Striking the right balance between the need to deal effectively with complex issues and abiding by the basic principles of accountability and transparency is undoubtedly challenging in the context of the Euro crisis. While secrecy may at times be justified to deter market speculation as Juncker suggested, the price paid in terms of legitimacy may well be considerable: decision-making in ‘dark, secret rooms’ denies national deliberation and public scrutiny. It does little to address the democracy deficit that much of the euro-scepticism rides on, but instead strengthens the technocratic impulse, marginalizing the majority of the elected representatives from decision-making. The management of the Euro crisis has already shaken to the core some of the ideas underwriting the union, most notably national sovereignty and inter-European solidarity. Those leading the Euro rescue effort cannot afford to overlook the principles of good governance if diminishing legitimacy of the union in the member states is to be restored. It is not only the domestic legitimacy that is at stake in the handling of the crisis. The EU plays a role of a norm-setter and champion of good governance vis-à-vis its southern and eastern neighbors. In the long run the failure of the EU not to practice what it preaches may also erode the credibility of the EU among its partner and candidate states and thus undermine the potential of the EU to act as a source of peace and stability in Europe.

This entry was posted in Enlargement, Finland, Outi Keranen and tagged Accountability, European Public Sphere, Finnish politics, Greco-Finnish, Information, Transparency. Bookmark the permalink.
We use cookies on this site to understand how you use our content, and to give you the best browsing experience. To accept cookies, click continue. To find out more about cookies and change your preferences, visit our Cookie Policy.