Posted on September 3, 2013 by Eurocrisis in the Press

By Markus Ketola and Johan Nordensvärd

Euroscepticism – the range of critical arguments and sentiments against the economic and political project of the European Union – is on the rise across the 27 member states. As next year’s European Parliament elections are nearing, there is an increasing interest in the possible impact this will have on the makeup of the Parliament. But before we start such speculation it is worth asking whether we can treat Euroscepticism as a unitary concept? Is it a shared common denominator that allows parties across Europe to collaborate on a shared agenda? We argue that at least the Nordic version of Euroscepticism gives little indication of this being the case.

On many a scale the True Finns party would rate among the most successful Eurosceptic political parties in Europe. During the 2011 parliamentary elections True Finns captured just over 19% of the vote, becoming the third largest party in the Finnish parliament. Having campaigned on a largely Eurosceptic ticket, True Finns and its leader Timo Soini became the shining stars behind the rising fortunes of the European far-right. In fact it was just earlier this year that Mr Soini visited the LSE to share his thoughts on the EU and the Euro with an attentive audience. Only weeks before his visit Mr Soini had expressed his hope that Finland could join the UK in organising a referendum on EU membership and to renegotiate its relationship with the EU.

It is tempting to draw parallels between the recent successes of UKIP and the True Finns. The performance of UKIP candidates in the 2013 local council elections was the strongest of any political party outside the top three of Labour, Conservatives and Liberal Democrats since the Second World War and a strong indication that Euroscepticism is again on the rise in the UK. At the very least, the Eurosceptic argument is returning to the political limelight in Britain and there is much speculation around the possible performance of UKIP in the next national elections. It remains to be seen whether they will be able to follow in the slipstream of the likes of True Finns.

Is the Euro crisis generating a pan-European movement of Euroscepticism? Yes and no. While Euroscepticism is on the rise, it is important to note that this consists of a diverse movement where the differences between Eurosceptic parties are sometimes more prominent than the similarities. In 2001 Taggart and Szcerbiak differentiated between ‘hard’ and ‘soft’ Euroscepticism in order to distinguish between the hard-liners who argued for severing the ties between their home nation and the EU and the softer variations that urged a renegotiation of the European treaties in order to return a greater degree of sovereignty back to member states. Within this framework, UKIP and True Finns fall clearly on different sides of the argument, with UKIP advocating a hard-line withdrawal from Europe while the True Finns are calling for a review of the relationship between Finland and the EU that falls clearly short of withdrawal. 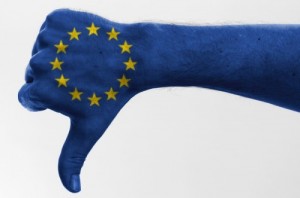 This is not to say that hard Euroscepticism does not exist in the Nordic countries but it has become rarer. In Sweden, Euroscepticism is a question that involves almost all parties across the political spectrum. Examples include the Left Party that takes a hard Eurosceptic stance and has called for Sweden to leave the EU as soon as possible. In the last few years the party has softened its opposition and now wants to change the EU from the inside. The Juni-list is a single-issue party advocating soft Euroscepticism, a strategy which enabled them to capture a whopping 14.5% of the mainstream electoral vote for EU parliamentary elections in 2004 (although it was never able to come even close to repeating this one-off electoral success). Most of the other mainstream parties each have their own hard and soft Eurosceptic factions as well. The consequence of such a crowded political space in the market for Euroscepticism has meant that far-right parties – UKIP’s likely allies in the European political scene – tend to focus more on national debates around issues such as immigration rather than on Brussels.

Swedish Democrats, the more mainstream representatives of the far-right, do not publicly go as far as to demand an exit from the EU, but rather articulate a vision for another kind of European co-operation. This vision sees Europe as a nationalist project rather than a neo-liberal and multicultural one where the interests of the blue collar ‘common man’ and an ethnically homogenous Sweden should be protected. This is where the approaches of the Finnish and Swedish far-right coalesce, for their critical approach to the European project is premised on protecting and strengthening a social democratic nation state. One could call this ‘welfare nationalism’. In contrast to UKIPs neo-liberal market-driven, anti state rhetoric, the far-right in Finland and Sweden aspire to a welfare nation state where the extensive and generous social policies are offered preferentially to ethnic Swedes and Finns. For them, the Nordic state should take care of its own and protect itself from excessive exposure to global markets, multi-culturalism and an EU superstate.

So whilst there is growing Eurosceptic sentiment across Europe and more and more political parties are rising to prominence with the help of Eurosceptic labels, it is also important to ask how much these parties really have in common. What exactly do we find under this catch-all label? Is their anti-EU stance really sufficient grounds for talking about a pan-European political movement? If the comparison of UKIP and the Nordic experience is anything to go by, this is still some way from becoming a reality.

Dr Markus Ketola is Lecturer in Social Policy at the University of Ulster.

Dr Johan Nordensvärd is a Researcher in Social Policy and Development at the London School of Economics and Political Science.

1 Response to Nordic Euroscepticism – An Exception that Disproves the Rule?