The Catalan Crisis: Is There a Right to Self-Determination in the International Context?

Posted on April 3, 2018 by Eurocrisis in the Press

By Javier Padilla and Sergio Olalla

On February 22, the London School of Economics and Political Science (LSE) hosted the fourth and last debate of a series ‘What is Next for Spain and Catalonia?’. Moderated by Julio Crespo MacLennan, professors Montserrat Guibernau, Manuel Arias Maldonado and Fernando Vallespín spoke on normative and political issues around the right to self-determination in democracies. This post summarises the main points that were developed in the debate which are closely related with the current situation in Catalonia.

The right to self-determination in the international context

Guibernau started by recognising that the right to self-determination may not be applicable in plural democracies that respect minorities. However, she did not consider the Spanish case as an example of a plural democracy that respects minorities. According to Guibernau, the Catalans are a minority ignored in Spain and the behaviour of the central government towards the Catalan minority – with measures such as the application of article 155 and the imprisonment of some pro-independence politicians – would justify that the right of self-determination can be applied to the Catalan case. Therefore, she considered legitimate the aspiration to independence and believed it justified that this right does apply to Catalonia.

Vallespín explained that international law recognises two principles that are contradictory: the principle of self-determination and the principle of territorial integrity. The conflict between the two has been traditionally solved in two complementary ways. On the one hand, the principle of self-determination has been applied in cases of former colonies or overt injustices against minorities. On the other hand, the principle of territorial integrity has been applied to the rest of the cases that do not fall under these categories. According to Vallespín, in cases such as Kosovo, it is fair to speak of an oppressed minority that would have the right to self-determination; however, Catalonia would not meet these conditions and it would fail to achieve international recognition. Therefore, it is necessary to refer to what the internal law says. The Spanish Constitution is similar to the rest of European constitutions in the way that it proclaims that sovereignty resides in the totality of the political nation. Vallespín gave the example of Canada, where the Supreme Court declared that the Quebec region could not unilaterally decide to become independent from the rest of the country. Therefore, there is not a Catalan demos and the actions of the Catalan government broke the Spanish and Catalan law. Vallespín differentiated between the right to self-govern, that Catalonia would enjoy, and the right to secession, which is not contemplated in the Spanish legislation.

Is a dichotomous referendum a good solution for this type of problem?

For Guibernau, referendums are the best way to solve conflicts of this nature. The speaker argued for plebiscitary democracy. She considered it optimal to find the citizens’ opinions and needs. From her point of view, referendums should be one of the essential tools of governments truly concerned about their citizens. Regarding a hypothetical independence referendum, she argued that it would have to be voted on only in Catalonia. From her point of view, Spaniards should not be able to decide on the independence of Catalonia or any other part of the state. Based on the principles of freedom and democracy, according to Guibernau, the other parts of Spain have no right to interfere in the governance of any other autonomous community.

Vallespín warned about the dangers of a dichotomous referendum. He argued that a referendum of this kind necessarily creates feelings of defeat and frustration in half of the population. Furthermore, it does not respond to the complicated demands of the majority of citizens of complex and plural societies such as current democracies. Based on the data from the surveys, he argued that if the question were opened to more possible scenarios, most Catalans prefer a greater capacity for self-government rather than independence or the status quo. According to his point of view, the main problem is the logic behind nationalist movements that attribute the representation of citizenship. Furthermore, the polarisation created by nationalism might repress mixed cultural identities making even more difficult to find any kind of reasonable agreement.

Arias Maldonado was skeptical of the referendums on self-determination. On the one hand, in the case of overwhelming majorities, holding a referendum does not contribute anything that was not known in advance. For example, he explained that in the hypothetical case that there was an immense majority of pro-independence Catalans, it would not be possible or desirable to avoid a secession, regardless of whether a referendum was held. On the other hand, in cases of divided communities without clear majorities such as Catalonia, he argued that the referendums simply polarise and divide the population without offering anything valuable in exchange. Arias Maldonado gave the example of Brexit, which left a large part of the electorate frustrated. In addition, he pointed out dangers of this type of referendum such as provoking false expectations, inflaming the identity tensions and limiting cultural pluralism.

Guibernau voiced her concerns that the Catalans were a constant minority in Spain, and therefore their voices were consistently ignored. She proposed new policies to increase their bargaining power, such as the possibility that minorities have veto power on central negotiations or can decide unilaterally the type of state they want. She argued that cultural diversity should be taken as an intrinsic good, and that policies that inflame identity passions and maximise conflicts should be avoided. According to Guibernau, the ideal solution is to create a plurinational democracy taking as examples the models of Scotland and Quebec. 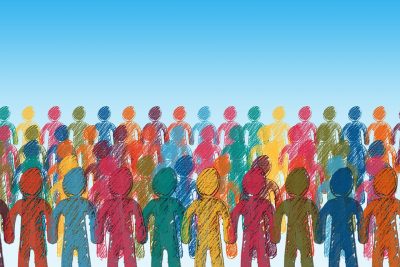 This type of democracy would recognise the rights of citizens to decide their political future through continuous negotiations with the state. If necessary, clarified Guibernau, this negotiation would be carried out with international mediators. She considered that in this successful model there could be negotiations that range from the provision of public services to innovative ways to end corruption. Thanks to this kind of negotiation, a sense of community and a shared project that respects diversity would be created. From her point of view, the Catalan are as Spanish as the Andalusians or the Madrilenians, and it is necessary to find a better formula that fits their legitimate demands.

For Fernando Vallespín there is no single solution. The fact that there has not been a clear majority makes the complexity of the problem even greater. The percentage that would represent for Vallespín a consistent majority would be 65 percent, which was the ideal percentage shared by the rest of the speakers and the Supreme Court of Canada. However, according to Vallespín, the Court itself added that a political problem cannot be confronted with a strictly legal approach and suggested that it was necessary to negotiate politically in order to avoid polarization. In this sense, Vallespín defended a constitutional reform and new political agreements leaning towards federalism. These reforms represent a new territorial agreement of the federal organization that would make communities such as Catalonia or the Basque Country feel more connected to Spain. However, according to Vallespín, at least in the short term there are no real incentives for this kind of negotiation neither in the independentist or the Constitutionalist sides.

Arias Maldonado asked himself what would happen if a decentralisation solution were implemented that recognised the autonomy of a region and, despite this, the demand for more independence continued. Traditionally, the solution for nationalist demands has been the symbolic recognition and the increase of self-government. However, according to Arias Maldonado this type of measure has already been explored in constitutional Spain, which is a quasi-federal state that already recognises a great autonomy for its regions. Currently, he argues that Catalonia enjoys many benefits of a great autonomy recognised in its Statute of Autonomy. Therefore, from his point of view the problem is the logic of a nationalism that will never see its demands fulfilled: Catalonia already has sufficient tools to pursue its own cultural identity, promote its language and develop economic and social policies. Having said that, he was in favor of an increase in federalism in Spain if the Catalan nationalists show loyalty to the common project. Arias Maldonado argued that democracies have a strong component of negotiation, inclusion of minorities, devolution of powers and symbolic recognition. In addition, he added that there is a component of frustration that must be admitted in any negotiation of this type. In the same way that the independentists cannot impose a state model on the rest of Spaniards while they do not have a majority in Spain, those favorable to recentralisation cannot impose their demands against the rest of the citizens.

Click here to access Politikon web where you can watch the four debates of the series ‘What is Next for Spain and Catalonia?‘.

Javier Padilla holds a dual bachelor in Law and Business from Universidad Autónoma de Madrid (UAM) and is pursuing a master’s degree in philosophy and public policy at the London School of Economics.

Sergio Olalla is pursuing a master’s degree in Social and Public Communication at the London School of Economics. He has been the recipient of the “Fundación Mutua Madrileña” scholarship (2017) to carry out postgraduate studies.

The Crisis in Catalonia: how did we get here and how do we get out

An explanation of the current political situation in Catalonia

2 Responses to The Catalan Crisis: Is There a Right to Self-Determination in the International Context?